A senior U.S. naval commander has warned that Beijing could start a military conflict as soon as this year and that the Indo-pacific needs to be prepared to experience conflict in the near future.

Speaking at an event hosted on Oct. 20 by the Atlantic Council in Washington, Admiral Mike Gilday, chief of U.S. naval operations, said there was a chance of imminent war in the Asia-pacific. 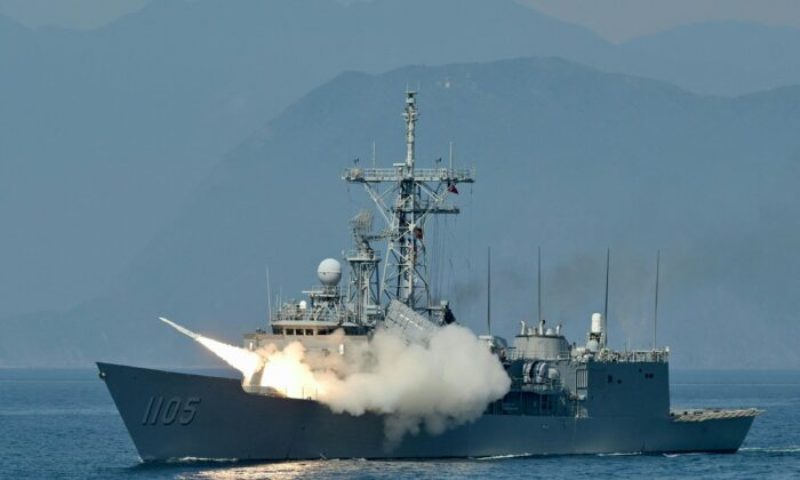 Taiwanese navy launches a U.S.-made Standard missile from a frigate during the annual Han Kuang Drill, on the sea near the Suao navy harbor in Yilan county, Taiwan on July 26, 2022.

“If I look at the trends from, let’s say, 2018 to now in how we talk about China, in the 2018 NDS [National Defense Strategy] we really talked about Great Power competition, and that was a focus. And now, based on what we’re seeing from an increasingly aggressive China and Russia … we have our eyes on preparing for a potential fight tonight, he said.

“I can’t rule that out. I don’t mean at all to be alarmist by saying that. It’s just that we can’t wish that away.”

The admiral noted that the U.S. military was paying particular attention to how the Chinese regime was behaving rather than what it was saying.

“What we’ve seen over the past 20 years is that they have delivered on every promise they’ve made earlier than they said they were going to deliver on it,” he said. “When we talk about the 2027 window, in my mind, that has to be a 2022 window or potentially a 2023 window.

China Moving on a “Much Faster Timeline”

The comments by the naval commander come after U.S. Secretary of State Antony Blinken told Good Morning America on Oct. 19 that he believed Beijing would seek to invade Taiwan on a “much faster timeline.”

Blinken said that the U.S. believed the Chinese regime would not necessarily try to do this by a direct engagement of military force but by altering the status quo and resorting to coercive, rather than peaceful, means.

“For many, many years, there was a basic understanding when it came to Taiwan. Whatever differences existed between Beijing and Taiwan would be resolved peacefully,” Blinken said.

“What changed is this: a decision that was made in Beijing some years ago that that was no longer acceptable and that the government wanted to speed up the reunification, and to do it potentially by any means, through coercion and pressure and potentially, if necessary, by force.”

Meanwhile, pacific nations are increasing bilateral security ties with a new security deal between Australia and Fiji being signed on Oct. 21.

The deal is said to provide both countries with a framework to counter and respond to “common security challenges” in the Pacific.

While no explicit reference to China was mentioned, both the Australian and Fijian defence ministers—who signed the “Status of Forces Agreement” on Oct. 20—said the new deal marked an “important milestone” in the defence relationship.

“We share an interest in a peaceful, secure and resilient Pacific and need to work together to effectively respond to common security challenges—both traditional and non-traditional,” Australia’s Defence Minister Richard Marles said in a statement.

08 Feb 23
Virtual Goods have no economic value and deliver no economicc advantage or axquire to the user. My web page - 토토 카지노
by 토토 카지노