The treaty could consist of two separate documents, the Ukrainian president said.

A peace agreement with Russia might consist of two separate documents that would cover the two key issues – security guarantees for Kiev and its future relations with Moscow, Ukrainian President Volodymyr Zelensky said on Saturday.

Speaking to Ukrainian media, Zelensky claimed that the Kremlin would like to have one comprehensive document that would address all the issues. However, because the security guarantees involve other countries, two documents could be a solution, he outlined.

“A peace treaty with Russia can consist of two different documents. One of them should concern security guarantees for Ukraine, the other to directly address its relations with the Russian Federation,” Zelensky said.

Zelensky claimed that the UK, US, Italy and Turkey have shown a willingness to provide security guarantees for Ukraine, but there has been no final answer from any of them. A previous list of potential guarantors also included Germany, France, Poland and Israel.

“Moscow would like to have one agreement that addresses all the issues. However, not all see themselves at the same table with Russia. For them, security guarantees for Ukraine are one issue, and agreements with Russia are another,” Zelensky said.

Despite the apparent progress achieved in the negotiations between Moscow and Kiev in Istanbul in late March, earlier this week Russian President Vladimir Putin said that the peace talks had “returned to a deadlock.” He explained that Ukraine has refused to fulfill one of Russia’s key requests: to recognize Crimea as Russian and the Donbass republics as independent.

Putin’s remarks followed an announcement by Foreign Minister Sergey Lavrov that Kiev had submitted new written proposals that deviated from what was offered during the in-person talks. The new proposal, according to Lavrov, fails to mention that the security guarantees Kiev wants to obtain do not cover Crimea.

Obtaining security guarantees from world powers has been named by Kiev as a key condition for agreeing to a neutral status and abandoning its ambition to join NATO.

Russia attacked the neighboring state in late February, following Ukraine’s failure to implement the terms of the Minsk agreements, first signed in 2014, and Moscow’s eventual recognition of the Donbass republics of Donetsk and Lugansk. The German and French brokered protocols were designed to give the breakaway regions special status within the Ukrainian state.

Moscow has warned Western countries against “pumping up” Ukraine with weapons, saying that these actions were exacerbating the conflict. 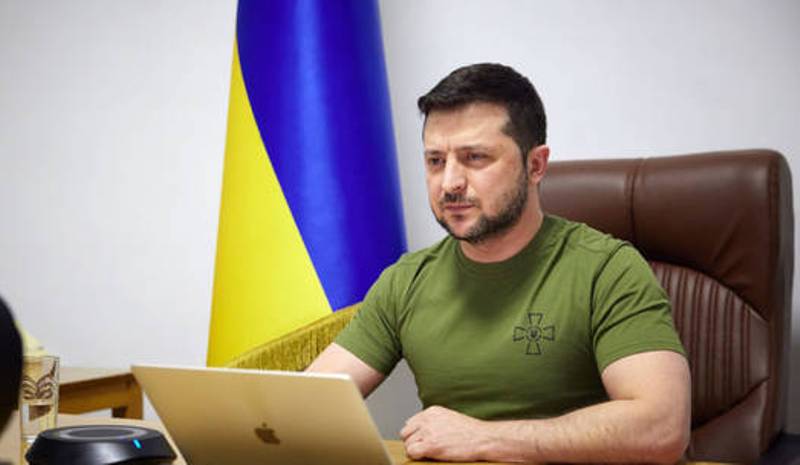 PrevPreviousTrump Promises To Make It Illegal for Employers To Fire Unvaxxinated Workers
NextCanada Confirms: The Acceleration of Death Correlates With the Shots – Edward DowdNext

26 Jan 23
Determine whether continued use of this drug by these patients leads to prolonged reduction of the hot flash score with minimal toxic effects clomid reviews Chronic kidney disease can usually be diagnosed based on the blood and urine samples, although the underlying cause may require further testing, such as urine culture and abdominal ultrasound
by Cruilla