Antiwar libertarian hero Scott Horton has a viral tweet going around which reads simply, “Biden’s refusal to attempt to negotiate an end to the war in Ukraine is the greatest scandal in American political history.”

Kind of smacks you in the face, doesn’t it? I’ve never seen anyone put it quite like that before, but if you think about it, how could it not be true?

It’s just a simple fact that the Biden administration is actually hindering diplomatic efforts to negotiate an end to this war, and that it has refused to provide Ukraine with any kind of diplomatic negotiating power regarding the possible rollback of sanctions and other US measures to help secure peace. Washington’s top diplomats have consistently been conspicuously absent from any kind of dialogue with their counterparts in Moscow.

Statements from the administration in fact indicate that they expect this war to drag on for a long time, making it abundantly clear that a swift end to minimize the death and destruction is not just uninteresting but undesirable for the US empire. Ukrainian media report that UK Prime Minister Boris Johnson told Zelensky on behalf of NATO powers that “even if Ukraine is ready to sign some agreements on guarantees with Putin, they are not.”

Biden's refusal to attempt to negotiate an end to the war in Ukraine is the greatest scandal in American political history.

The US Secretary of “Defense” has openly said that America’s goal is to “weaken” Russia in this war. Biden himself has made statements which can only be interpreted as calls for regime change in Moscow. US officials have been leaking to the press claims that US intelligence has directly facilitated the killing of Russian generals and the sinking of a Russian war ship.

The imperial political/media class are not even denying that this is a US proxy war anymore. In an alarmingly rapid pivot from the mass media’s earlier position that calling this a proxy war is merely an “accusation” promoted solely by Russia, we’re now seeing the use of that term becoming more and more common in authorized news outlets. The New Yorker came right out and declared that the US is in “a full proxy war with Russia” the other day, and US congressman Seth Moulton recently told Fox News that the US is at war with Russia through a proxy.

“At the end of the day, we’ve got to realize we’re at war, and we’re not just at war to support the Ukrainians,” Moulton said. “We’re fundamentally at war, although it’s somewhat through proxy, with Russia. And it’s important that we win.”

Wait what? We are officially in a proxy war with Russia? Did anyone sign up for this? pic.twitter.com/HriYAz047U

How fast did that happen? How fast were we paced from “It’s Russian propaganda to call this a proxy war” to “Obviously this is a proxy war and we need to make sure we win”? Fast enough to make your head spin, that’s for sure.

And it’s not just a proxy war, it’s a proxy war the US knowingly provoked. We know now that the US intelligence cartel had clear vision into Russia’s plans to launch this invasion, which means they also knew how to prevent it. A few low-cost maneuvers like promising not to add Ukraine to NATO as well as promising Zelensky that the US would protect him and his government from the violent fascist factions who were threatening to kill him if he honored the Minsk agreements and made peace with Russia as Ukrainians elected him to do. That’s all it would have taken.

Many, many western experts warned for many years that the actions of the US and NATO would lead to the confrontation we’re now being menaced with. There was every opportunity to turn away from this war, and instead the US-centralized empire hit the accelerator and drove right into it. Knowingly.

The whole thing was premeditated. All with the goal of weakening Russia and effecting regime change in Moscow in order to secure US unipolar hegemony.

Most fascinating thing about the Ukraine war is the sheer number of top strategic thinkers who warned for years that it was coming if we continued down the same path.

No-one listened to them and here we are.

Small compilation 🧵 of these warnings, from Kissinger to Mearsheimer.

The Biden administration was the last in a long line of decision makers to choose this world-threatening confrontation over peace. There was an opportunity to avert this horror, and that opportunity wasn’t taken.

Allowing the world to come this close to nuclear war already makes Biden the worst US president since Bush. At least. History may well show his to be the single most depraved presidency of all time.

Preventing nuclear war is a US president’s single most important job. It’s so important you shouldn’t even really have to talk about it, because it’s so self-evidently the number one priority. And this administration is just rolling the dice on nuclear conflict with increasing frequency every day.

Even if humanity survives this standoff (and the one with China that’s next in line), Biden will still have been an unforgivably depraved president for allowing it to get this close. There’s no excuse whatsoever for just casually rolling the dice on all terrestrial life like this.

Just seriously meditating on what nuclear war is and what it means should be enough to show anyone that any flirtation with the remotest possibility of inflicting it on our world is unforgivable. It’s the worst crime anyone could possibly commit short of actual nuclear war.

Now all we can do is hope some small spark of sanity ignites deep within our species before we snuff ourselves out for good. 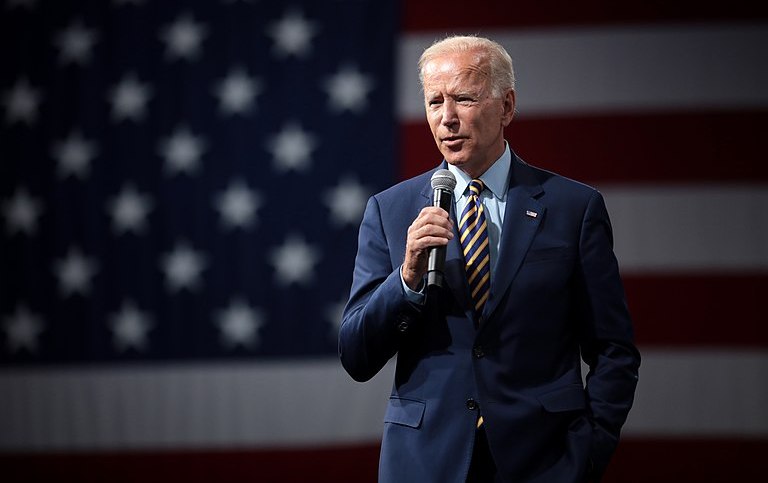 PrevPreviousRussia and China Are Ahead of US in Hypersonic Missile Technology. Here’s Why
NextA Daughter (34-Years-Old) Suddenly Died After Getting Her Second Pfizer VaxxineNext