Any attempts to do so would invoke an immediate “proportional” response, Moscow has warned.

The Russian Ministry of Defense has accused London of a “direct provocation” after British Armed Forces Minister James Heappey encouraged Ukrainian forces to use UK-supplied weapons to attack targets inside Russia. Any attempts to do so would invoke an immediate response, the ministry warned in a statement on Tuesday.

“We want to emphasize that London’s direct provocation of the Kiev regime to such actions, should they attempt to do so, will immediately lead to our proportional response. As we have warned, the Russian armed forces are on standby around the clock to retaliate with long-range high-precision weapons against decision-making centers in Kiev,” the military warned.

The ministry went on to say that “advisers from one of the Western nations” located in these centers “won’t necessarily be a problem” in Russia’s decision-making regarding retaliatory measures.

Earlier in the day, Heappey said Kiev can use UK-supplied weapons to launch attacks on Russian territory, dismissing fears that this would lead to an international escalation.

“It is completely legitimate for Ukraine to be targeting in Russia’s depth in order to disrupt the logistics that if they weren’t disrupted would directly contribute to death and carnage on Ukrainian soil,” Heappey told Times Radio.

The UK has been among the top arms suppliers of Kiev, pouring thousands of anti-tank missiles into the country ahead of the large-scale Russian military operation that kicked off in late February. Prime Minister Boris Johnson recently announced an additional £100 million ($130 million) package of heavy weaponry for Kiev, which includes anti-aircraft weapons, drones, and various armored vehicles.

Moscow has warned the West against ramping up weapon supplies, with Foreign Minister Sergey Lavrov stating that the conflict has effectively turned into a “proxy war” waged by NATO against Russia. The country’s military has repeatedly targeted depots where these supplies are amassed and will continue doing so, he said.

“These weapons will be a legitimate target for the Russian Armed Forces,” Lavrov stated. “Warehouses, including in the west of Ukraine, have become such a target more than once. How else? NATO is essentially going to war with Russia through a proxy and arming that proxy. War means war.”

Russia attacked the neighboring state following Ukraine’s failure to implement the terms of the Minsk agreements, signed in 2014, and Moscow’s eventual recognition of the Donbass republics of Donetsk and Lugansk. The German and French brokered Minsk Protocol was designed to give the breakaway regions special status within the Ukrainian state. 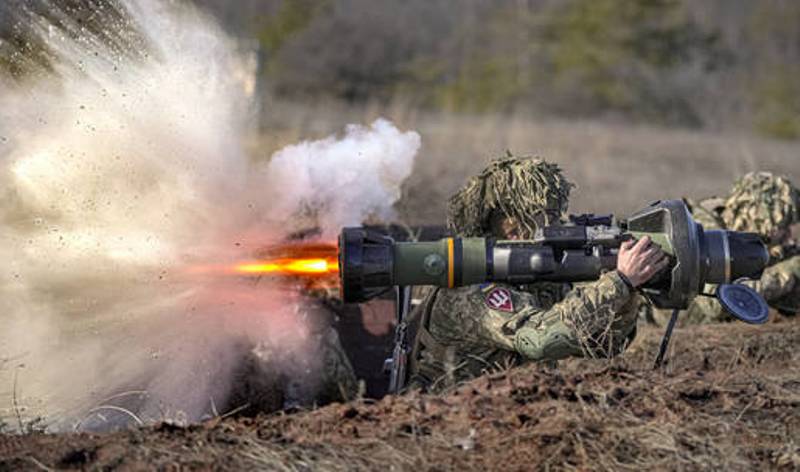 PrevPreviousRussian Court Freezes Google Assets
Next$1 Million Challenge to Anyone on the Planet That Can Show BS 19 Jab Is Safe, Effective and NecessaryNext

26 Jan 23
https://over-the-counter-drug.com/# econazole nitrate cream over the counter
by Jamespleri

26 Jan 23
It's an amazing post for all the web users; they will take benefit from it I am sure.
by Gale

26 Jan 23
Excellent site you've got here.. Itís hard to find quality writing like yours nowadays. I seriously appreciate individuals like you! Take care!!
by 김포출장마사지