We know who was responsible for coordinating the recent terrorist attack in Istanbul and we do not accept the condolences of the US Embassy.

“We know where the attack was coordinated. We received the message given to us and we know what the message was. We do not accept the condolences of the American embassy. We are not treacherous to anyone, but we no longer have tolerance for these treacherous acts. Istiklal Street is our child. If we had not caught the attacker, he would have fled to Greece today,” the minister was quoted as saying by CNN Turk.

White House spokesperson Karine Jean-Pierre earlier said that the U.S. condemns the act of violence that occurred in Istanbul, as well as expresses condolences to the families of the victims.

The day before, there was an explosion on the pedestrian tourist street Istiklal in central Istanbul. According to President Recep Tayyip Erdogan, six people died as a result. Turkish Vice President Fuat Oktay later reported 81 casualties.

Police detained 46 people in the terrorist attack case, including a woman suspected of carrying out the attack. The published video shows her sitting on a bench for about 40 minutes and then running away without looking back after the explosion, looking at her phone screen.

According to media reports, the detainee is a Syrian national who has confessed to links to the Kurdistan Workers’ Party. 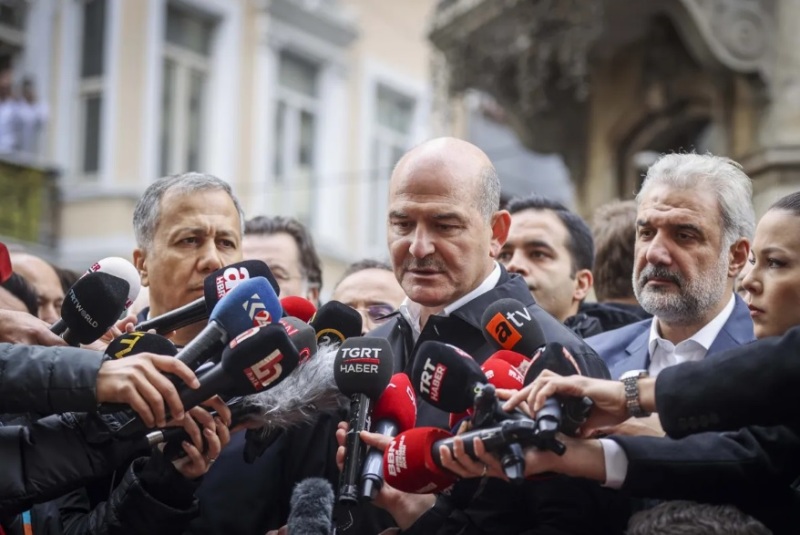 PrevPreviousJason Bermas: Only Dave Chappelle Can Get Away With This Without MASSIVE BACKLASH!
NextHow Predictable. The Deep State is so Desperate, they Have to Bomb Poland, to Blame it on RussiaNext

30 Nov 22
now its really hard to meet girls but i can guide you on how to find many for dating. Follow me and ill teach you the skills in this era!
by 후방주의

30 Nov 22
Fabulous, what a webpage it is! This webpage presents helpful data to us, keep it up.
by fish guide

30 Nov 22
Hello there I am so grateful I found your weblog, I really found you by mistake, while I was browsing on Yahoo for something else, Regardless I am here now and would just like to say many thanks for a tremendous post and a all round interesting blog (I also love the theme/design), I don’t have time to read it all at the moment but I have book-marked it and also added in your RSS feeds, so when I have time I will be back to read more, Please do keep up the excellent jo.
by fish

30 Nov 22
Thank you for the good writeup. It in fact was a amusement account it. Look advanced to more added agreeable from you! By the way, how can we communicate?
by fish