By The Owner. News

Truth Social was downloaded 170,000 times since its launch, according to research firm Apptopia.

The app’s launch could mark Trump’s return to social media after he was banned from Twitter Inc, Facebook and Google.

At the same time, Twitter Inc continued its way down slipping 1.7 per cent, while Facebook-parent Meta Platforms shed 1 per cent. 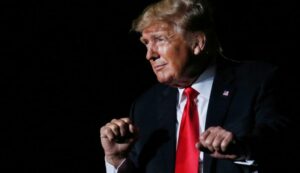 PrevPreviousSituation Update, Feb 23, 2022 – “Consciousness Grenade” Explodes Across the Planet As Globalist Tyrants Revealed To Be Illusionists and Fakers
NextCountries That Have Dropped All Mandates, Mask Use & VPass (or Are Just About To)Next