According to Reuters, the US government is considering selling to Ukraine four MQ-1C Grey Eagle drones capable of firing Hellfire missiles for use against Russian forces participating in the special military operation in the Donbass region.

If true, the sale would require special permission from both the State Department and US Congress, since US law restricts the sale of armed drones to all but the closest US allies. If approval is granted, then Ukrainian operators would be provided with a crash course, anticipated to last a few weeks (the normal training time for an MQ-1C operator is several months), meaning that the earliest the MQ-1C Grey Eagle could be expected to see action over Ukraine would be sometime in July of this year.

The MQ-1C Grey Eagle is the descendant of the RQ/MQ-5 Hunter tactical unmanned aerial vehicle (UAV) jointly developed by the US Army and Marine Corps. While the development program began in 1989, it reached maturity in the years following the 9/11 attacks, which meant that the Hunter UAV was a weapons system not designed to survive in a high-threat conflict against the Soviet Union, for example, but rather operate in the softer environment of the Global War on Terror (GWOT).

The operational history of the Hunter UAV reflects this. During testing in 2002, the Hunter was used to deliver BAT (brilliant anti-tank) submunitions capable of destroying Russian armored vehicles. By the time it was fielded in 2005, however, the Hunter had been modified to deliver a laser-guided bomb against insurgents in Iraq. The nature of the threat had evolved, from striking a moving target in a non-permissive environment to being able to loiter over the battlefield, unbothered by any threat, and deliver precision-guided strikes against a static enemy.

The demands of the GWOT quickly outpaced the performance characteristics of the Hunter UAV, and as early as 2002 the US Army began looking for a replacement capable of carrying multiple payloads, which would enable it to perform reconnaissance, surveillance, target acquisition, command and control, communications relay, signals intelligence (SIGINT), electronic warfare (EW), as well as attack, detect improvised explosive devices (IEDs), and carry out battle damage assessment missions – in short, a jack of all trades.

The main factor driving the design of the Hunter follow-on was a threat-free environment, which made accomplishing the multitude of assigned mission profiles possible. The MQ-1C was chosen from a competition, and by 2009 the US Army had begun taking deliveries of it. By 2010, the MQ-1C had seen combat in both Iraq and Afghanistan, with its preferred weapons system being the laser-guided Hellfire missile (although the Grey Eagle can also carry Stinger missiles configured for air-to-air use, and the GBU-44/Viper laser-guided bomb.)

As effective as the Grey Eagle was against Iraqi insurgents, the Afghan Taliban, and ISIS terrorists, there was a recognition within the US Army that it was not up to the demands of what the US military was calling “joint all-domain operations,”– the so-called “future fight” against peer-level opponents like Russia. The line-of-sight sensors that had proven so lethal in the counter-insurgency mission of the GWOT no longer applied – if you could see the enemy, then the enemy could see you, and kill you.

If the Grey Eagle were to be viable and survive on the modern battlefield, it would require new sensors that provided standoff target identification, which could be used to support the Army’s anticipated long-range precision fires (LRPF) capabilities. The new Grey Eagles must be able to survive against an “Integrated Air Defense System (IADS)-rich environment,” according to a solicitation put out by the US Army, flying “racetrack patterns tangential to the IADS threat at 80 km distance” and deploying so-called air-launched effects (ALE) systems – sensor-equipped mini-drones – into enemy territory to detect, identify and locate targets for subsequent destruction.

This capability does not currently exist in the US military, which means that the Grey Eagles the US is planning on providing to Ukraine are not configured to fight and survive on the modern battlefield that is the Russian-Ukraine fight. The MQ-1C is twice the size of Ukraine’s most ubiquitous drone, the Turkish-made Bayraktar TB2. While the TB2 had some success in Libya, Syria, and Nagorno-Karabakh, and performed well against Russia in the early phases of the special military operation, Russia was able to shore up its air defenses and eventually shot down 35 of the 36 TB2s provided to Ukraine prior to the conflict, and most of the 12 TB2s delivered to Ukraine since the fighting began. It is highly likely that the MQ-1C will suffer a similar fate.

This, of course, may be the intent of the US. The number of Grey Eagles scheduled to be delivered to Ukraine – four – is small, and even if they were able to survive on the battlefield, they would not have a discernible impact on the course of the conflict. But if the operations of the Grey Eagle against Russian forces in Ukraine were looked at as a real-world laboratory for the development of tactics capable of defeating Russian IADS, then for the price of four MQ-1Cs, the US would be able to save hundreds of millions more in research and development expenditures.

Ukraine is losing the conflict against Russia, and no amount of military equipment supplied to the Ukrainian military by the US and other Western nations will be able to change this outcome. The US knows this, and thus one must question the utility of providing such a high-tech system as the MQ-1C in such limited numbers and at this stage of the conflict. The only rational answer is that the US is seeking to use the Russian operation as a real-world laboratory, where the “rats” are Russian and Ukrainian soldiers. The cynicism of such an exercise is astounding, something Ukrainians should remember when the final cost of this NATO-driven conflict is calculated, and Russia should never forget (or forgive) when dealing with the US going forward. 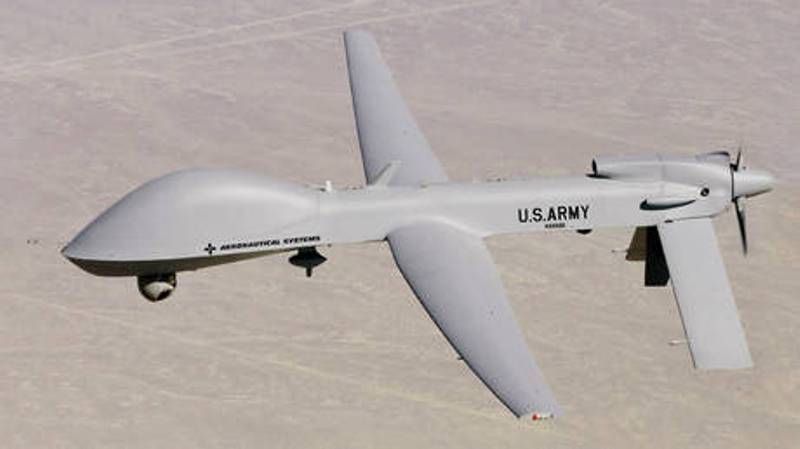