The “Black Book” Emerges: Day 4 of The Maxwell Trail. 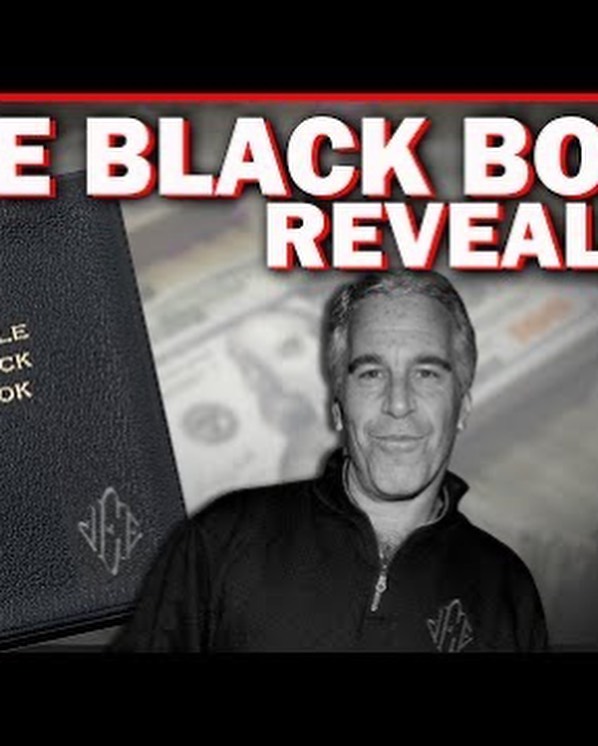 Following a series of emotionally intense courthouse sessions earlier this week, Thursday’s proceedings commenced this morning at the SDNY courthouse with testimony given by the fourth witness of the trial: Paul Kane of NYC’s Professional Children’s School. Kane would be asked by prosecutors to verify the validity of a document listing Jeffrey Epstein as “person of financial responsibility” for a 12th grade student’s application to NYC’s Professional Children’s School. Paul would then be cross-examined and excused by the defense. Kane’s testimony would result in several objections and a sidebar regarding the legitimacy of information displayed on the document after the defense attempted to misrepresent evidence to the jury by leading the witness.

Dr Lisa Rocchio, the fifth witness to take the stand, was introduced by the prosecution as a grooming prevention expert. Her testimony would discuss known and repeated strategies (also employed by Maxwell and Epstein) to groom underage sex trafficking victims. These predatory behaviors included establishing relationships with the parents of the child in an effort to gain the child’s trust, persuading trafficking victims with gifts or money, gradually normalizing sexual assault and abuse, and isolating their victims from potential support groups (also a known cult strategy).

Rocchio’s recollection of previous instances of abuse she’s observed during her time as a professional paints an incredibly grim picture of the predatory, manipulative strategies pursued by pedophiles that aim to groom children for sex.

“I’ve seen grooming in the Boy Scouts through a special camping trip. Or jewelry, anything to make the children feel they are appreciated.”

Continuous objections to Rocchio’s testimony by the defense would provoke the day’s first private sidebar called by Judge Nathan. Rocchio made statements acknowledging the high occurrence of repeated abuse suffered by child sex trafficking victims, responding “very common” when asked “how often is it for a child to be abused by the same perp.” The grooming prevention expert would also explain that it is statistically unlikely for any child who is being sex trafficked to attempt to report the abuse to the police.

Cross-examination of Dr Rocchio would soon bring several objections from prosecution as defense attempted to lead the witness to comment on unrelated hypothetical situations relating to the effect of brain injuries and alcohol on memory recall. Judge Nathan sustained several objections made on the grounds of lacking foundational relevance. Maxwell’s Defense team excused Dr Rocchio.

Juan Patricio Alessi was called by prosecution next. The sixth individual to occupy the witness stand. An Ecuadorian national, Juan stated he was formerly employed by Lex Wexner’s mother. Juan had worked on Ms. Wexner’s house (where he had met Epstein, who eventually hired him as a house manager). Juan would proceed to disclose he possessed a close relationship with both Maxwell and Epstein, stating he had his own room at Epstein’s Palm Beach mansion and would “bring his wife and other girls to help him” when working for the now deceased pedophile. Juan would also describe Ghislaine Maxwell as the “lady” of Epstein’s house, stating Maxwell accompanied him to Palm Beach “95 percent of the time”. Juan also suggested he had reduced contact with Epstein once Maxwell started handling Jeffrey’s schedule and affairs.

Alessi would proceed to reference a checklist given to him by Maxwell stating specifics relating to how employees of Epstein were expected to conduct themselves. One line reading “Remember that you see nothing, hear nothing, say nothing, except to answer a question directed at you.” Other requests made by Maxwell that he felt were particularly “degrading” were also detailed, providing insight into efforts made by Ghislaine within her social life to demean and humiliate those around her, perhaps a quality nurtured and encouraged by her now deceased father.

“I was on a cruise with my wife to St. Thomas. They picked us up and showed us Little St. James. It was huge.”

Juan proceeded to inform prosecution of the normalized routine of Epstein’s child sex abuse, stating he remembered Epstein would receive three massages a day. Alessi would describe numerous occasions that he had cleaned up Epstein’s massage rooms. This testimony would also identify several other individuals that were present at Epstein’s Palm Beach Mansion, specifically mentioning the presence of Maxwell’s assistant (then Sarah Kellen) and recalling several instances of witnessing “Jane” and Epstein child sex trafficking victim Virginia Giuffre Roberts at Epstein’s Florida address.

Alessi also testified as to the authenticity of both Epstein black books (both the 1997 copy and 2015 copy leak by Gawker was authenticated), also mentioning Maxwell kept a call directory (engraved with her initials) that he had witnessed. Juan stated he had seen these books on several separate occasions and recalled they were “full of names” acknowledging the evidence as known to him. This is significant, as it allows attorneys to reference the black books as legitimate accounts of evidence, providing tools for prosecution to evaluate the motivations for Epstein possessing such relationships.

Thursday’s court proceedings would conclude with Alessi identifying several individuals present in photos with Epstein that were on display inside the Palm Beach Mansion. Juan stated, “Photos of Epstein with important people… Donald Trump, The Pope, Fidel Castro, I think.” Alessi also stated he had been questioned by police after receiving $6,300 from Epstein but was not arrested. Juan recalled signing a Non-Disclosure Agreement when working for Maxwell and Epstein, a common tactic implored by abusers in efforts to convince the victim of illegitimate legal understandings (as, by law, an NDA cannot apply to information relating to an illegal activity in any way).

Alessi’s testimony will continue tomorrow as defense opens proceedings with a cross-examination of witness Alessi. Day five trial coverage available tomorrow as prosecution builds upon significant testimony that demonstrates the global reach of Epstein’s relationships and operation. Juan’s efforts to identify several influential individuals present in Epstein’s photos will provide further grounds for lines of questioning focused on discerning the implicit involvement of these public figures.

Eric Andrew
I’ve noticed they keep dropping Trumps name even though it’s been proven He and a couple male associates charted a plane owned by Epstein to travel from Florida to New Jersey. No one else was on the plane. Epstein and Maxwell were not on the plane nor was anyone else.

Tom Wendt
Cm’on man, all these nice folks just wanted a nice trip to Lil’ St. James. None of them could afford Bahama vacations, so why turn down offer. John Roberts liked the warm waters.

Michael Pegausch
During this time, we would all be well-served to revisit some of Whitney Webb’s work on the Epstink/Rump connection on mintpressnews.

Justin Morrison
A lot of people think this case is being swept under the rug. I really don’t think it is. People are concerned because Virginia Guiffre isn’t testifying. However, Maria Farmer IS testifying as she was the first person to official report Epstein to the police in 1996. While Maxwell and others seemingly can’t be prosecuted for their crimes from 2007 going forward, because of that sweetheart plea deal in Florida, since their crimes are noted as far back as 1996, that is how this case is moving forward in prosecution. Had Maria Farmer never came forward in 1996, Epstein may have never been arrested in 2019.

Brian Lund
Virginia Giuffrie worked at Mar-a-Lago during the time she was being abused by Epstein.

Harry McGuire Jr
Trump has been exposed time after time as a sicko during this trial.. I hope people’s eyes have been opened.

04 Feb 23
Thanks for one's marvelous posting! I actually enjoyed reading it, you are a great author.I will always bookmark your blog and will eventually come back from now on. I want to encourage one to continue your great writing, have a nice afternoon!
by Donte

04 Feb 23
Excellent items from you, man. I've be aware your stuff previous to and you are just extremely magnificent. I really like what you've received right here, really like what you are stating and the way by which you assert it. You're making it entertaining and you still care for to stay it sensible. I can't wait to read much more from you. That is actually a wonderful site.
by Essie

04 Feb 23
Hello! I simply would like to give you a big thumbs up for the excellent information you have got here on this post. I will be returning to your web site for more soon.
by https://canadiantimes.live

04 Feb 23
Hi, i read your blog from time to time and i own a similar one and i was just wondering if you get a lot of spam feedback? If so how do you stop it, any plugin or anything you can recommend? I get so much lately it's driving me mad so any assistance is very much appreciated.
by discuss