The move would give Greg Abbott broader state powers to tackle the flow of migrants at the US border.

Texas Governor Greg Abbott is weighing a plan to invoke real war powers by declaring an “invasion” at the US southern border to get around a clause in the US Constitution.

Abbott could declare an invasion to comply with a clause in the US Constitution which prohibits states from engaging in war unless they were “actually invaded.”

Lawyers for Abbott and Texas Attorney General Ken Paxton met earlier this month to debate the plan, which would directly challenge the federal government, the New York Times reported. It would allow Texas state police to arrest and deport migrants, two people familiar with the discussion told the paper.

“If we do use this strategy, it could expose law enforcement in the state of Texas to being prosecuted,” Abbott said during a press conference last week, confirming that he was “looking into” the idea.

The governor has also ramped up funding for law enforcement in border towns, directing more than $3 billion to border security overall. He has also overseen the construction of miles of new fencing.

Texas recorded almost 129,000 migrant crossings into Texas in March, roughly 11,000 more than during the same month last year. Officials expect the numbers to rise again when the Biden administration ends the pandemic policy of turning some people away at the border under the Title 42 public health rule.

Homeland Security Secretary Alejandro Mayorkas defended the administration’s handling of the border issue last week, telling Congress that it inherited “a broken and dismantled system” from the Trump administration, but had “effectively managed an unprecedented number of noncitizens seeking to enter the United States.” 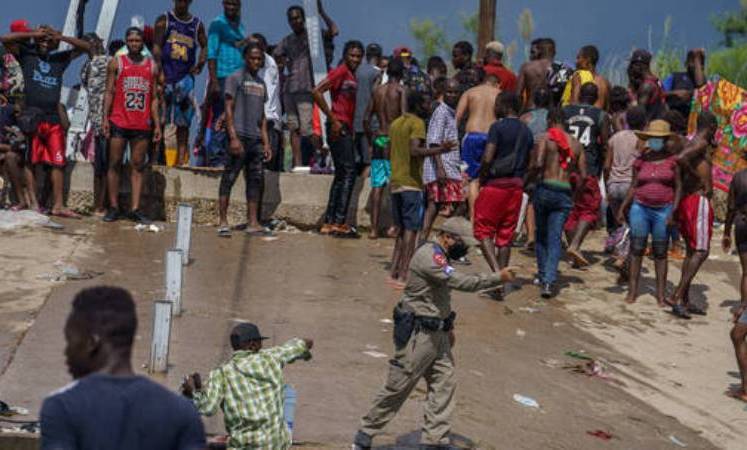 03 Feb 23
This is the most restorative phase of sleep, so having moredeep sleepcan leave you feeling refreshed and energized during the day. Feel free to surf to my webpage :: 스웨디시 타이
by 스웨디시 타이

03 Feb 23
It really is time to test you are luck and see if you scored a winning lottery ticket. Here iis my web page; 팝콘파워볼3분
by 팝콘파워볼3분

03 Feb 23
Its not my first time to pay a visit this site, i am visiting this site dailly and obtain fastidious data from here everyday.
by Nine303

03 Feb 23
Your style is so unique compared to other folks I have read stuff from. Thanks for posting when you have the opportunity, Guess I will just book mark this blog.
by Preston

03 Feb 23
My spouse and I absolutely love your blog and find the majority of your post's to be what precisely I'm looking for. Does one offer guest writers to write content for you? I wouldn't mind publishing a post or elaborating on some of the subjects you write regarding here. Again, awesome blog!
by joker123