All governments eventually resort to terrorism against their own citizens when they don’t get the compliance they want. It is a universal rule repeated thousands of times throughout history. And now, as the freedom convoy participants in Canada are achieving real traction against the tyranny of Justin “Castro” Trudeau’s regime, that same regime has decided to engage in blatant acts of financial terrorism against Canadian citizens in order to try to destroy them. 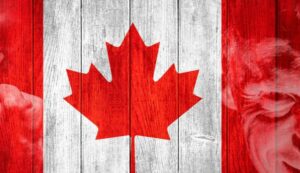 Wayne Mackenzie
Briefly there are many legal hurdles that need to be overcome I don’t know think the government’s intentions can really be implemented.

Sharron
How is everyone coping with so many truth bombs being thrown our way everyday? I must say I am really struggling with coming to grips that our world is so corrupt. It was better when I was asleep! ( Kidding..its not) but I feel so helpless as there’s nothing I can do about any of it).

jj
Trump loves Putin? How not. Woodrow Wilson and company (Rockefeller, etc.) were instrumental in creating communist Russia via Trotsky and Lenin, then Satin… to Putin. Read the works uncovered by the late Antony Sutton. Cold War? All a ruse, as well as the Viet Nam war, Space race, and all talk of enemies. US funded 80% of North Viet Nam’s war material to kill American soldiers. 90% of the material shipped to Europe from America per the post WWII Martial Plan was funneled to Stalin’s USSR for free through the Ukraine. Amazing, yet true. Here’s a good one: the 322 of Skull & Bones mystery is chapter 3 verse 22 of Genesis, the verse where God cast Adam out of the garden, and it became game on for Satan. That fits. Conspiracy theory? I don’t think so. The source is US documents. LOL

David
Mike, you might get less followers here than Youtube, but you have a deeper quality of audience than the no hopers on social media.

jj
Truduea??? Nazi Klaus Schwab says young Trudeau and most of his cabinet are part of Schwab’s agenda. He appears to be part of Pizza Gate, too. Trudeau, as well as Biden, Johnso of UK,…, are obvious proof UN leaders are not voted in, but appointed. The Name Trudeau appears to be synonymous with the term or corporation called Canada. Cal Washington found that the corporation Canada does not legally exist. Queen Victoria abandoned her claim to it. LOL All lies. All of them. Every vote counts?? No vote is counted. I hope all wake up to this.

Haut
Stop “Donating” to Go fund me, Go old school use cash “ONLY” Get it! Pass the hat around ASVOID Banks & Corrupt, Paypal, Go Fund me, Amazon, ALL CRIMINALS!

Adam Vincz
Guess after the false flag, the truckers are calling it quits. Now the tyranny all over will be even worse.
2nd amendment is in the constitution for a reason. Not that anyone here in the USA will band together to stop the tyranny. Doesn’t matter, the AIDS in the vaccines and getting spread everywhere will kill most off. I will not get my “AIDS” vaccine that is coming, and would rather go down without the mark of the beast.

Thomas Guitarman
Good, let the Canadian tyrants do even more, the people will just get even more angry, they better pull their money out of the banks first, before the close them and steal everything. When this was done in Kaz. this is when the people starting burning buildings, and taking out the gov people. Better be ready for this here though, prepare, prepare.

PrevPreviousJPMorgan Is the First Bank Into the Metaverse, Looks at Business Opportunities
NextLaura Ingraham: This Was Never About the VirusNext

27 Jan 23
Can I just say what a comfort to find a person that really knows what they are talking about over the internet. You definitely realize how to bring an issue to light and make it important. More people should look at this and understand this side of the story. I was surprised you are not more popular given that you definitely have the gift.
by 성북구출장마사지

27 Jan 23
Hi I am so delighted I found your web site, I really found you by error, while I was browsing on Yahoo for something else, Nonetheless I am here now and would just like to say thank you for a fantastic post and a all round exciting blog (I also love the theme/design), I don't have time to go through it all at the moment but I have saved it and also added your RSS feeds, so when I have time I will be back to read a great deal more, Please do keep up the awesome work.
by facebook user

27 Jan 23
A fascinating discussion is definitely worth comment. There's no doubt that that you ought to publish more on this subject, it may not be a taboo subject but typically people don't speak about these issues. To the next! Kind regards!!
by 신림동출장마사지