Economic mistakes are driving the EU towards deepening inequality and a surge of radicalism, Putin has said

Economic mistakes are creating the conditions in the EU for deepening inequality, a surge of radicalism, and, eventually, a “change of elites,” Russian President Vladimir Putin warned on Friday.

Speaking at the plenary session of the Saint Petersburg International Economic Forum (SPIEF), the Russian leader argued that all the current talk in the West about so-called ‘Putin’s inflation’ was designed “for those who cannot read and write.”

The term has been previously used by US President Joe Biden and UK Prime Minister Boris Johnson.

“The European Union has completely lost its political sovereignty, and its bureaucratic elites are dancing to someone else’s tune, accepting whatever they are told from above, causing harm to their own population and their own economy,” Putin said.

In the Russian leader’s opinion, the policy of EU authorities will deepen the split in the West not only on economic matters but also on its values system.

“Such a detachment from reality, from the demands of society, will inevitably lead to a surge of populism and the growth of radical movements, to serious social and economic changes, to degradation, and in the near future, to a change of elites,” Putin said.

The term ‘Putin’s inflation’ describes inflation resulting from difficulties with energy supply, logistics, and exchange rates allegedly caused by the Russian military offensive in Ukraine and sanctions imposed on Moscow by Western countries.

The Russian president has previously accused EU leaders of committing economic “suicide” by attempting to give up Russian energy. 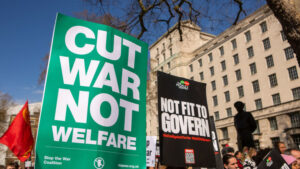 PrevPreviousUS Stocks Sink to Lowest Value in a Year
NextSo Presidents Just Get to Allocate $500mil to Gates and Co. With Zero AccountabilityNext

07 Feb 23
Its like you read my mind! You seem to know a lot about this, like you wrote the book in it or something. I think that you can do with some pics to drive the message home a bit, but other than that, this is wonderful blog. A great read. I'll certainly be back.
by super bowl 2023

07 Feb 23
I am really loving the theme/design of your site. Do you ever run into any internet browser compatibility issues? A small number of my blog visitors have complained about my site not operating correctly in Explorer but looks great in Chrome. Do you have any solutions to help fix this issue?
by Lorene

07 Feb 23
I have been curious about these trends, and you have really helped me. I have just told a few of my friends about this on FaceBook and they love your content just as much as I do.
by كوتشات اديداس اصلي

07 Feb 23
Barry is initially from the Onondaga Nation and has been an accomplished qualified lacrosse player. Also visit my web-site: 도우미 알바
by 도우미 알바

07 Feb 23
I am in fact pleased to read this website posts which includes tons of valuable information, thanks for providing these information.
by Wallace