The US tech giant faced a lawsuit after YouTube blocked the account of a Russian entertainment channel. 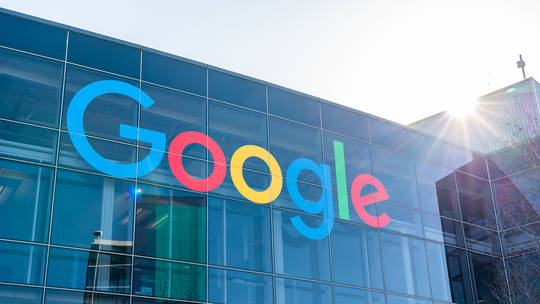 Moscow’s Court of Arbitration has frozen the assets of Google’s Russian subsidiary to the tune of 500 million rubles ($6.6 million).

The judge ruled in favor of Russia’s ‘Entertainment Television’, which sued the tech giant after YouTube blocked one of its channels, according to the Interfax news agency.

The plaintiff demanded that Google restore full access to the TNT channel’s account or else pay a penalty.

Apart from Google’s Russian subsidiary, American Google LLC as well as Google Ireland Limited and Google Commerce Limited were all named as defendants in the court documents.

On April 13, the court rejected Entertainment Television’s first claim, lodged two days prior, in which the company demanded that all funds and property belonging to Google’s Russian subsidiary, totaling one billion rubles, be frozen.

The preliminary court hearing in this case is slated for June 1.

Entertainment Television is a company affiliated with Gazprom-Media, which owns a number of popular TV channels in Russia. Its representatives recounted how in “March 2022, YouTube effectively blocked TNT channel’s official account without any clarification, creating technical problems that prevented content from being uploaded and viewers from accessing it.” The statement went on to say that “Gazprom-Media had developed this channel and invested in its promotion on the platform, and the content posted there had been garnering tens of millions of views.”

In mid-March, the same Court of Arbitration ruled in favor of another Russian channel, ‘Tsargrad’, which had also been blocked by YouTube. Google was ordered to pay the company one billion rubles.

Since the start of Russia’s military offensive against its neighbor in late February, YouTube has blocked channels belonging to several Russian state-funded media outlets, including RT.

27 Jan 23
For example, operqtors in Denmark, Germany, and Spain should supply deposit limits, but this is only voluntary for Australian operators. Have a look at my site: 안전한사이트 주소
by 안전한사이트 주소

27 Jan 23
On-line casinos are just like actual casinos, but on the planet wide internet. Check out my web-site 카지노사이트
by 카지노사이트

27 Jan 23
Hi there to every body, it's my first pay a quick visit of this webpage; this web site includes awesome and really good information for visitors.
by rolet