Nobody will be held accountable for an airstrike that killed up to 64 civilians, a report states.

An internal Pentagon investigation has found that a 2019 airstrike that killed up to 64 civilians in Syria did not violate US rules of engagement or the law of war, and was not carried out with “wanton disregard.” Some military officers considered the incident, which the Washington still maintains was necessary to take out ISIS fighters, a war crime.

On March 18, 2019, a US F-15E fighter jet dropped a bomb on “a large crowd of women and children huddled against a river bank” near the Syrian town of Baghuz and then proceeded to drop several more, killing survivors, according to a New York Times report published last November.

US Central Command admitted that the strike killed 80 people, of which only 16 were alleged Islamic State (IS, formerly ISIS) terrorists. The military admitted to killing four civilians, but insisted that the remaining 60 may have been terrorists, as “women and children in the Islamic State sometimes took up arms.”

Nevertheless, an investigation ensued, and according to a report completed last week, “No Rules of Engagement (ROE) or Law of War (LOW) violations occurred.” The report states that the US commander on the ground acted to target ISIS militants, and attempted to distinguish civilians from combatants.

Despite the strike killing dozens of civilians, the report states that the military “took steps to mitigate harm.”

The initial New York Times report claimed that officers watching the strike through a drone camera were horrified, and questioned whether they had just witnessed a war crime. Furthermore, the blast site was bulldozed and internal reports on the strike were “delayed, sanitized and classified,” the Times claimed.

However, the Pentagon’s latest report states that there was no “malicious or wrongful intent” behind the delays in reporting the incident, and that no evidence could be found to suggest that the military attempted to “conceal decisions or actions.”

The full text of the Department of Defense report, including a final tally of civilian casualties, remains classified. Only a two-page summary was released to the public.

Defense Secretary Lloyd Austin endorsed the report on Tuesday, but in a memo to military commanders urged them to ensure future reports are compiled in a more timely manner. Austin, who oversaw a drone strike in Kabul last August that killed 10 civilians, seven of them children, declared that “protecting innocent civilians…is a strategic and moral imperative.”

Austin also declined to punish any members of the military for the Kabul strike after an Air Force report found no violations of law. 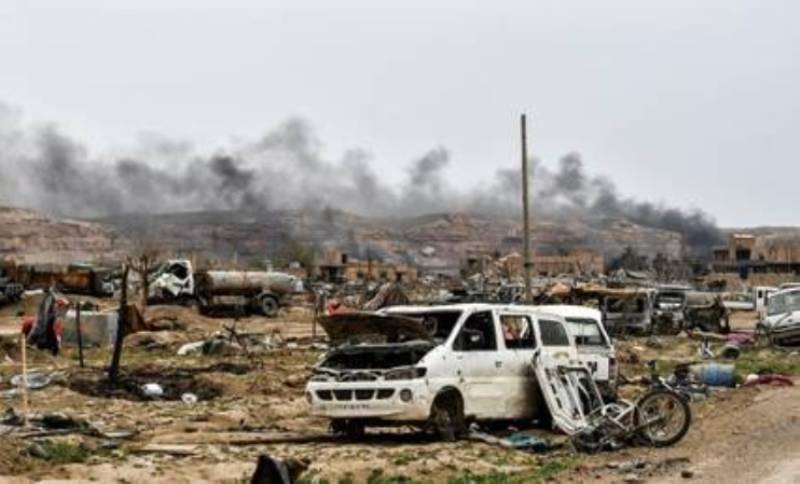 07 Feb 23
Simply want to say your article is as amazing. The clarity in your post is just great and i can assume you're an expert on this subject. Fine with your permission allow me to grab your feed to keep up to date with forthcoming post. Thanks a million and please keep up the gratifying work.
by super bowl 2023 live streams

07 Feb 23
Hi, I do think your website could possibly be having browser compatibility problems. Whenever I take a look at your website in Safari, it looks fine however, when opening in Internet Explorer, it’s got some overlapping issues. I simply wanted to give you a quick heads up! Apart from that, fantastic blog! You’re so interesting! I do not think I’ve truly read something like that before. So wonderful to discover another person with a few unique thoughts on this topic. Seriously.. thank you for starting this up. This web site is one thing that is needed on the web, someone with a bit of originality! 스포츠토토
by 스포츠토토