By Right To Life News

New Zealand MPs have introduced the most extreme abortion law in the world after the Abortion Legislation Bill passed its third reading in Parliament.

The bill passed by 68 votes to 51 – a much narrower margin than at the first and second reading.

The new law will mean that New Zealand has the most extreme abortion law in the world, this will include:

Given the extremely low public support for the change and that the gap between MPs opposing and supporting was quickly closing, Jacinda Ardern’s Government rushed the final stages of the Bill’s progress through Parliament while MPs, media and the country were distracted with dealing with the Coronavirus pandemic. This included progressing the final sitting of the committee stage and the Bill’s third and final reading through Parliament on the same day.

The Bill has also seen a very large backlash from the disability community with over 1,200 people with Down syndrome and their families calling on the Prime Minister, Jacinda Ardern, to keep a pre-election promise to not introduce abortion up to birth for Down syndrome.

An amendment hoping to put the issue to a public referendum failed in a conscience vote by 100 votes to 19 votes, denying the public a final say on the legislation.

Additionally, the Abortion Legislation Committee only heard from 139 people who wanted to give oral feedback on the Bill, despite over 25,000 submissions.

New Zealand Prime Minister, Jacinda Ardern, was among 80 MPs responsible for defeating an attempt to require healthcare professionals to give medical help to babies born alive after ‘failed’ abortions.

An attempt to protect babies from sex-selective abortion was defeated with 50 votes in favour and 70 against, despite strong concerns over the practice being highlighted in a submission to the Abortion Legislation Committee from Stop Gendercide – a campaign group who had urged MPs to support the amendment.

Other defeated pro-life measures, aiming to soften the scope of the Bill, included pain relief to babies being aborted between 20-weeks and birth, stronger protections to conscientious objection and requiring the collection of abortion statistics.

Over 60,000 people signed a petition calling on New Zealand deputy-Prime Minister, Winston Peters, to ensure the Government withdrew the Bill.

The Green Party failed in its attempt to reverse a mistake that resulted in criminalised free speech zones, which prevent pro-life help from being offered outside abortion clinics, being excluded from the legislation.

Green Party co-leader Marama Davidson had attempted to reintroduce the measure but MPs voted 77 to 43 against it.

“In passing Labour’s extreme abortion Bill our MPs have ushered in a new law that will liberalise abortion up to birth, allow for sex-selective abortions, and remove current freedom of conscience rights from New Zealand medical professionals.

“Our Parliament has a duty of care to consider the wellbeing and protection of all New Zealanders including the vulnerable.

“Tonight they failed in that basic duty of care by passing this extreme Bill, but the hundreds of thousands of voters who opposed this Bill will not forget this failure when it is time to vote in the General Election in a few short months.”

Most extreme abortion law in the world

Canada is the only country in the world that has no abortion law, as their law was struck down by a case brought to their Supreme Court in 1988.

Amongst the rest of the jurisdictions in the world that have abortion legislation, Victoria, Australia, currently has the most extreme law.

The law in Victoria allows for abortion right through to birth on physical, psychological and social grounds when approved by two doctors; this can be the abortion operating surgeon and anaesthetist.

This has, in practice, allowed for abortion on demand, for any reason, right through to birth in Victoria, Australia.

Ahead of the legislation being introduced in Victoria in 2008, abortion activists claimed that, although abortion would, in practice, be allowed for any reason, doctors would ensure that the vast majority of abortions would only occur in rare circumstances, such as when a baby had a condition where they would either die in the womb or shortly after birth (a fatal foetal abnormality or life-limiting disability) – similar claims are currently now being made about the proposed NZ abortion law by abortion campaigners and MPs in New Zealand.

Data from the 12 years of the law being in operation in Victoria shows that this has not been the case. Right To Life UK’s Public Affairs team have undertaken an extensive analysis of published abortion data on late-term abortions in Victoria from The Consultative Council on Obstetric and Paediatric Mortality.

This data shows that since the law changed in 2008, 1,418 late-term abortions (between 20-weeks’ gestation and birth) have been performed, allowed by doctors for ‘psychosocial’ reasons – these were terminations where the baby did not have a disability and the abortion was performed on social grounds. In 2011, one of these abortions on social grounds occured at 37 weeks.

Under New Zealand law currently, abortion is allowed post-20 weeks on very strict grounds (when the abortion is “necessary to save the life of the woman or girl or to prevent serious permanent injury to her physical or mental health”).

This strict law has meant that abortions post 20-weeks are rare – for example 72 abortions occurred after 20-weeks in New Zealand in 2017.

Another side effect of the very high late-term abortion rate in Australia is that scores of babies have been left to die after being born alive during a number of ‘botched’ terminations.

The Victorian Consultative Council on Obstetric and Paediatric Mortality and Morbidity reported that in 2012 there were 53 ‘terminations of pregnancy’ after 20 weeks ‘resulting in live birth’.

By contrast, a 2008 report for England and Wales found that 66 infants were born alive after NHS terminations in one year. While these figures are comparable in number, Victoria’s population of 6.36 million is just a tenth of the size of the population in England and Wales.

A Channel 7 news report, broadcast on April 17 2010, reported that there had been a large increase in late-term abortions being performed at the Royal Women’s Hospital since the introduction of the 2008 Abortion Law Reform. Presenter Jennifer Keyte stated how “midwives and doctors feel traumatized” by having to perform so many late-term abortions at the Royal Women’s Hospital. Journalist Louise Milligan said that there had been some ‘alarming requests’ for late-term abortions, including a request for a termination at 32 weeks because the baby had a cleft lip.

It would allow abortions between 20-weeks’ gestation and birth with the go-ahead from just two health practitioners (this could include nurses and midwives) rather than the higher threshold of two doctors that are required in Victoria.

In the proposed legislation in New Zealand, the Abortion Legislation Committee widened the, already loose, criteria to include “overall well-being” – making it even easier for abortions to happen between 20 weeks and birth in New Zealand. These are undefined terms and it will be up to the healthcare practitioner involved as to how they interpret them. 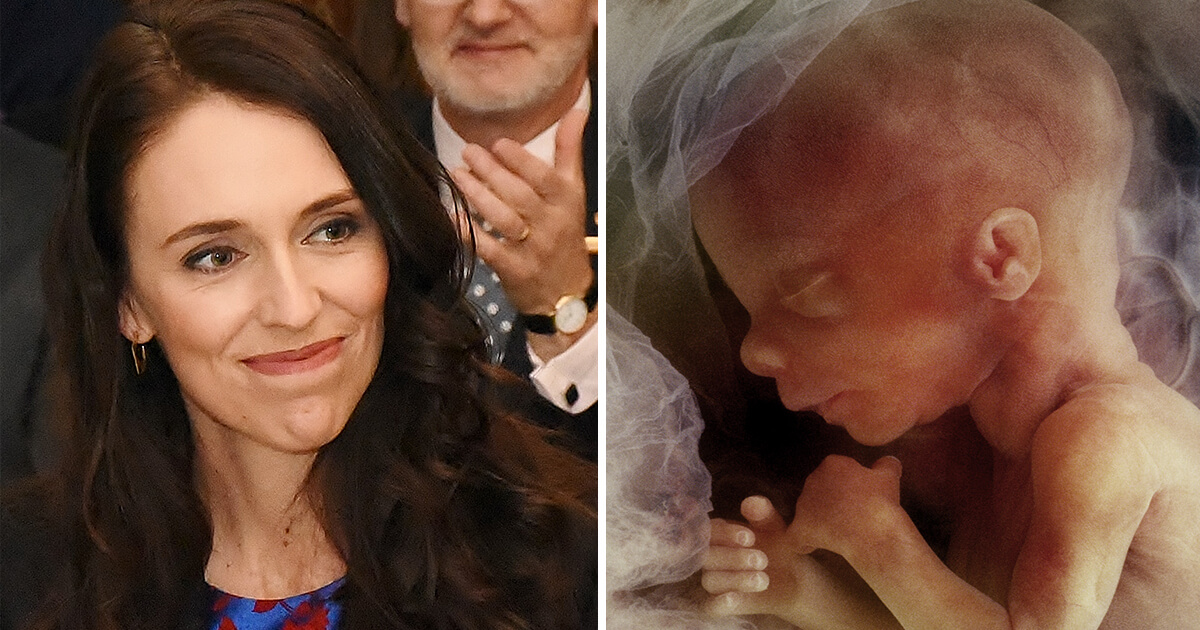 PrevPreviousTwitter Bans Two Right-Wing Accounts As Musk Promotes Free Speech
NextUkraine: List of Independent (Self Employed) Journalists on the Ground in Ukraine Who Have Telegram ChannelsNext