If the war in Ukraine was going to distract Americans from Joe Biden’s poor performance as President, as some critics have suggested, his son Hunter’s past will swing the political attention back home. Hunter’s business dealings and personal life are now so obviously tainted that even the New York Times and the Guardian can no longer ignore them.

stenka rasin
It isn’t just that he has a corrupt son, but that he has been willingly complicit in that corruption.

Steven Marshall
It’s a shame that it takes a reporter from Australia to put this together. If the people involved had a different last name, say like Trump, then this would have been front and center from day one, not 3 years later.

j b
KEEP FIGHTING FOR WHAT IS RIGHT! KEEP SHARING! THANKS

Gray Matters
No one has ever witnessed such a failure of a leader in our country’s history.

Luna
As an American I am completely disgusted with this entire situation.

erepsekahs
The whole world is saying America must be insane to elect those three: Biden Senior, Biden Junior, and Harris. Not to mention Pelosi et.al. It’s just insanity, look at what’s happening to the country.

Kathryn Poole
Glad you guys report what our news won’t. Thank you! 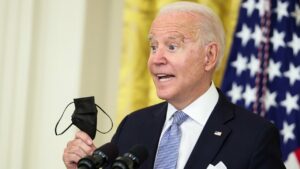 26 May 22
order sildenafil no prescription
by Kimavast

26 May 22
darkmarket tor markets
by CharlesHoofs