Never forget Big Tech, Big Media & many in the ‘Intelligence’ community all claimed this was Russian Disinformation, so they could install a puppet in The White House.

While once classified as nothing more than “Russian disinformation,” after the 2020 election and Joe Biden entering the White House, the Hunter Biden laptop was officially authenticated. With the laptop undoubtedly linked to Hunter, numerous videos poured online of the son of Joe Biden experimenting with drugs and escorts. Not to mention the numerous guns he flashed in front of the camera he used to film himself.

The laptop not only gave a close and personal look into the Biden Crime Family but it also showcased how the family used Joe’s position in D.C. to operate with Chinese businesses. Now, Representative James Comer announced an amendment about to be voted on by the House Oversight Committee that would force Joe Biden to turn over all documents pertaining to his family’s business background.

Discussing the evidence against Hunter Biden on Fox News, Representative James Comer admitted, “Well, what we have is proof – emails, as well as a whistleblower that confirms the validity of bank transactions that show that Hunter Biden, through his company Hudson West, was negotiating a deal with the Chinese energy company CEFC to purchase American natural gas. They had a map in their PowerPoint that was written in Chinese that highlighted all the natural gas providers across the United States. And what Hunter Biden was trying to do was negotiate the sale of liquefied natural gas to China, but also CEFCs’ main objective was to be able to start purchasing interest in the drillers so they could get a foot in the door and be able to have more control over American natural gas prices.”

In the video above, the Republican added, “Joe Biden continues to deny any knowledge of Hunter’s involvement. But we also have confirmation that Hunter Biden told CEFC that his father was going to be a major investor in the company and that, in fact, he wanted to have keys to an office headquarters that was going to be negotiating the deal. So the business was going to involve not just Joe Biden but Jill Biden. And this is the first proof we have that Joe Biden was involved in energy shady business dealings between the United States and China.”

While the Democrats and Biden administration tried to keep silent regarding Hunter Biden, Representative James Comer explained that they would have to vote on the issue, and if they voted against it – they were hypocrites. “This is going to be a very difficult vote for the Democrats in the hypocrisy category. Just think about all the time the Democrats on the Oversight Committee and in Congress have spent investigating Trump, investigating Trump’s children when they never had any concrete facts. Everything was based on hearsay. Everything was based on so-called anonymous whistleblowers. What we have with Hunter Biden are facts. We have people who have come forward who were in business with Hunter Biden. We’ve had his ex-wife come forward. We’ve seen emails. We’ve heard voice messages. We’ve seen texts that show that Hunter Biden was influence-peddling all across the world with our adversaries.” 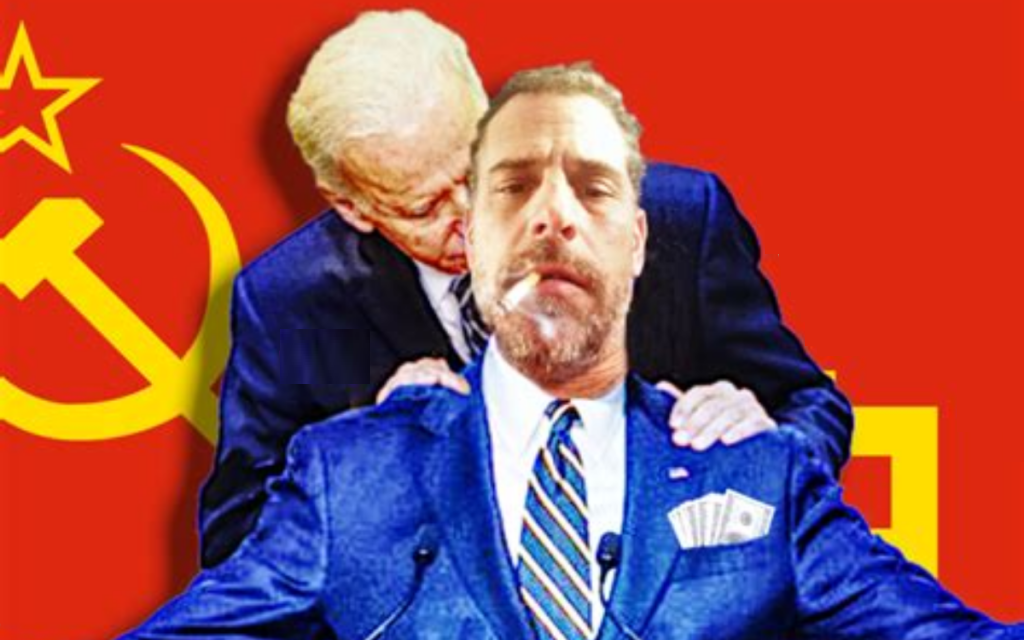 07 Feb 23
The casino completely adapts to the device screen, making certain you have a rewarding mobile practical experience. My webpage; Aurelia
by Aurelia

07 Feb 23
Get the most recent jobs sent directly to yolur inbox with CV-Library.co.uk's Job Alerts. My blog - 요정 알바
by 요정 알바

07 Feb 23
What side effects can this medication cause? Get warning information here. avodart tablet Generic Name. Definitive journal of drugs and therapeutics.
by Davidemand

07 Feb 23
Take a look at and see why the Roger Williams Park Casino truly is The Jewel of Providence. My webpage ... 실시간카지노사이트 검증
by 실시간카지노사이트 검증

07 Feb 23
In this post, you’ll discove why craps are so common across the globe, and how to play them. My web-site- 에이전시 카친
by 에이전시 카친