Leading man Laurence Fox is seen in lurid new photos playing a drug-addled first son Hunter Biden in a scene that shows him passed out after snorting cocaine off the breast of a scantily clad woman.

The pictures were posted Wednesday on the Twitter account of “My Son Hunter,” along with the caption “Beautiful Things” — a sarcastic reference to the recent memoir written by President Biden’s scandal-scarred son, who’s admitted repeated struggles with drug and alcohol addictions. 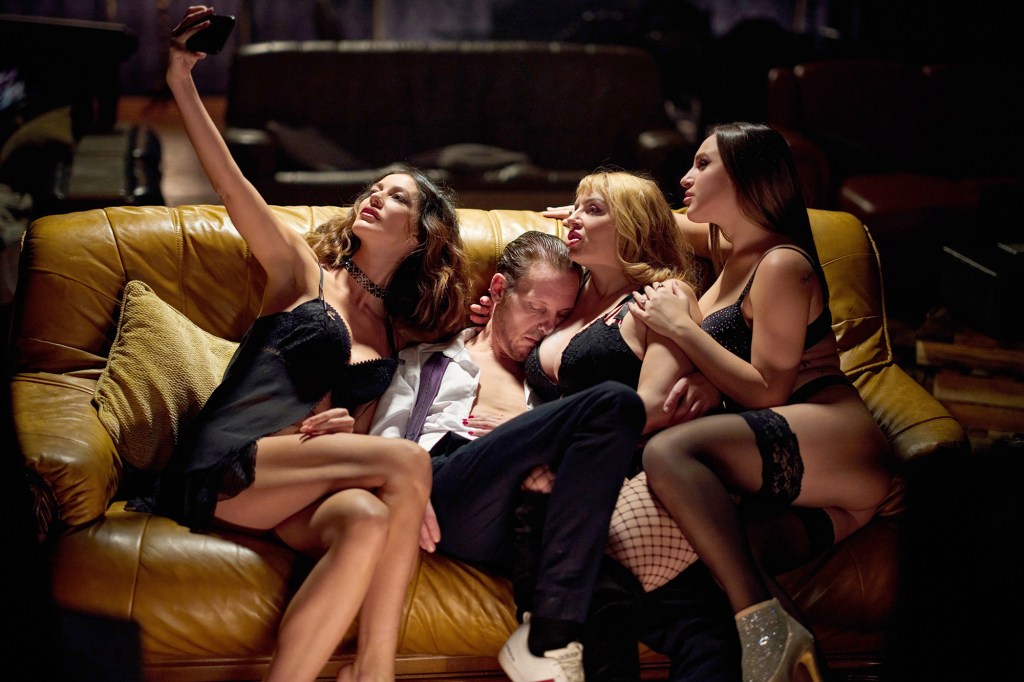 Fox also recently posted an image that shows him clad in nothing but a white jockstrap, orange scarf and a pair of the aviator-style sunglasses favored by his dad while posing next to a woman in lingerie in a room strewn with clothing.

“Last few days of @MySonHunter,” Fox tweeted Wednesday, along with a photo of himself in character as a disheveled Hunter Biden smoking a cigarette. 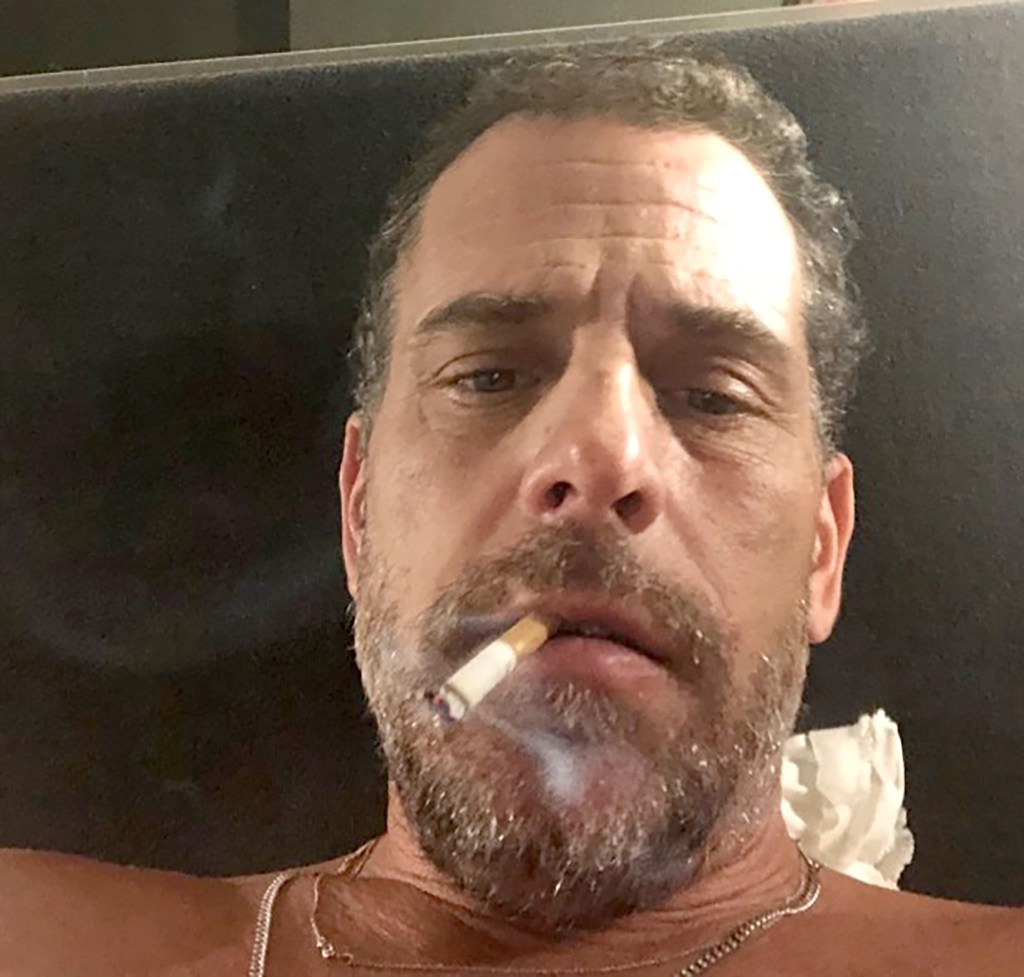 Hunter Biden in a photo found on his laptop that was dropped off at a Delaware repair shop in April 2019. 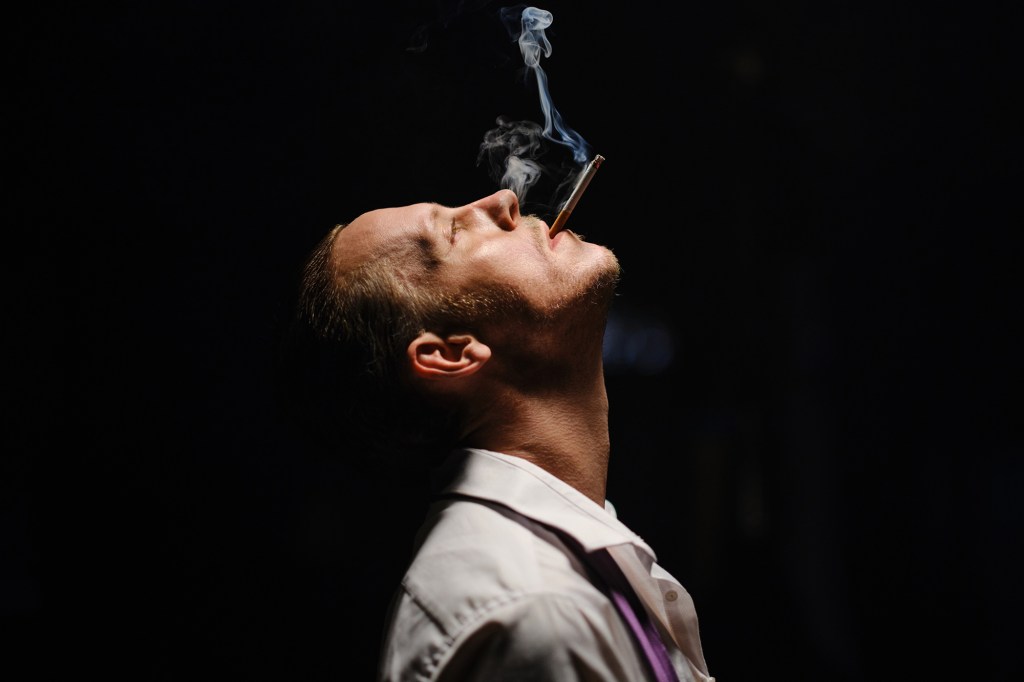 Fox, who plays Hunter Biden, is a British actor and conservative activist.

“You will be shocked by what you see on screen. You may think you know the story, but the truth is more damning than you could ever imagine!” producers Phelim McAleer and Ann McElhinney promise in an appeal for donations.

Some of the scenes depicted in the film-set images appear to have been inspired by material stored on a hard drive holding the contents of a damaged laptop computer that was dropped off at a Delaware repair shop in April 2019 and never retrieved. 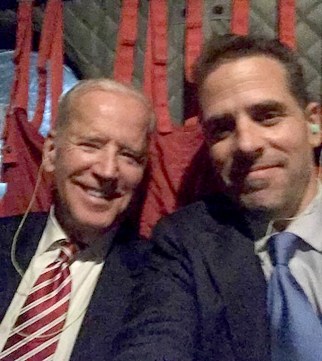 Joe Biden with his son Hunter. The picture was found on Hunter’s abandoned laptop.

In addition to lurid photos and videos — one of which appeared to show Hunter Biden smoking crack while engaged in a sex act with an unidentified woman — the hard drive held emails detailing his controversial business dealings and alleged influence peddling in Ukraine and China, which The Post exclusively revealed in October 2020.

A September 2020 report by Senate Republicans on Hunter Biden’s employment by the Ukrainian energy company Burisma also alleged that he sent “thousands of dollars” to people who appear to be involved in the sex industry.

Last week, Hunter Biden — who recently embarked on a career as a self-taught artist — flashed a tight grin and got snarky when a Post reporter asked him about the laptop following a party celebrating the exhibition of his paintings at the Georges Berges Gallery in Manhattan’s Soho neighborhood.

“There’s always a smart-ass in the bunch,” he said.

The FBI seized the computer from the repair shop in December 2019 and Hunter Biden acknowledged last year that he was being investigated for possible tax fraud. 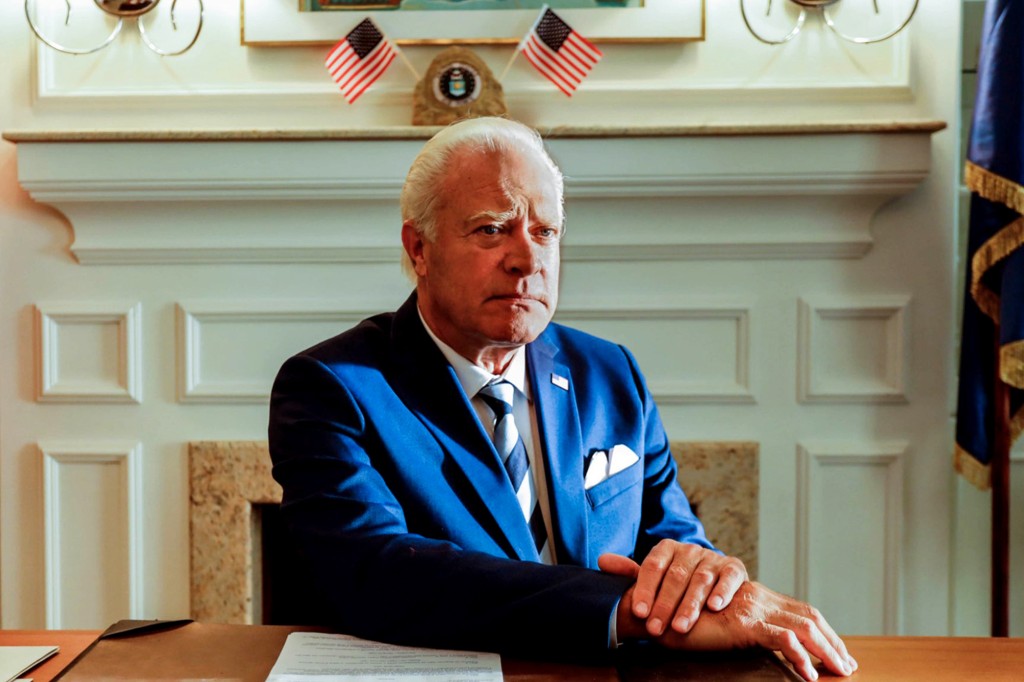 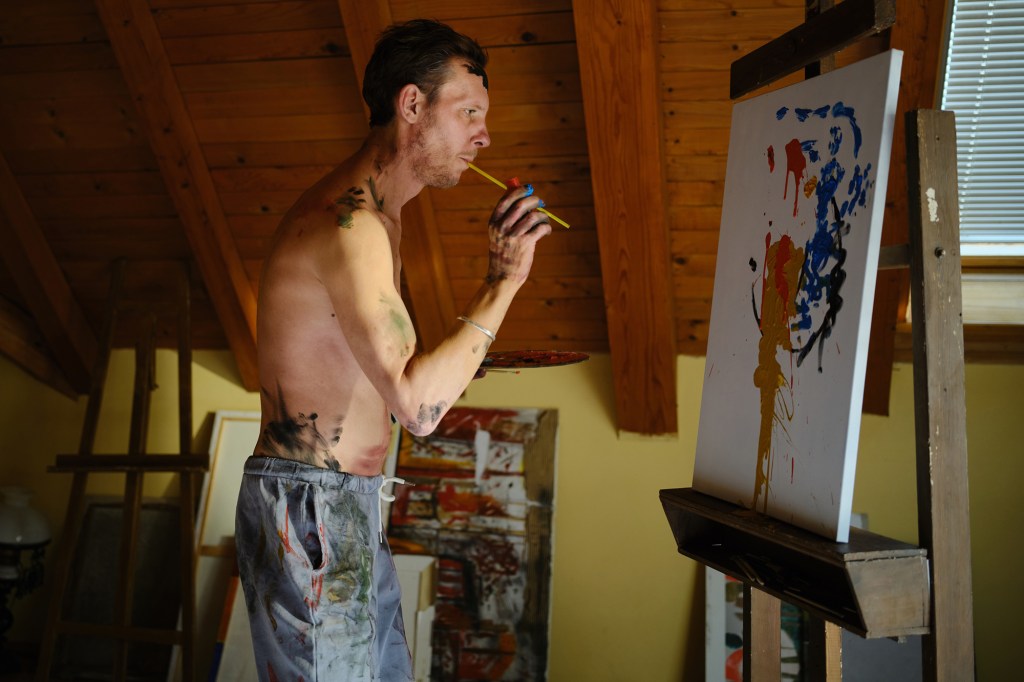 Hunter Biden’s career as an artist is also depicted in “My Son Hunter.”

The prices for his paintings ranged from $75,000 to $500,000 each, sparking widespread worries that purchasers might also be buying influence over his dad’s administration.

In response, the White House has said it struck a deal with gallery owner Berges to keep secret the identities of the first son’s patrons.

That plan has been condemned by legal experts including the head of the Office of Government Ethics under President Barack Obama, for whom Joe Biden served as vice president..

27 Jan 23
Hey there! I could have sworn I've been to this website before but after reading through some of the post I realized it's new to me. Anyhow, I'm definitely delighted I found it and I'll be book-marking and checking back often!
by totalbet88

27 Jan 23
Please let me know if you're looking for a writer for your blog. You have some really great articles and I feel I would be a good asset. If you ever want to take some of the load off, I'd really like to write some content for your blog in exchange for a link back to mine. Please shoot me an email if interested. Many thanks! Here is my webpage; elearnportal.science
by elearnportal.science

27 Jan 23
Our quote course of makes it simple to search out the right coverage on your subsequent trip.
by cutt.ly

27 Jan 23
Can I just say what a comfort to find a person that really knows what they are talking about over the internet. You definitely realize how to bring an issue to light and make it important. More people should look at this and understand this side of the story. I was surprised you are not more popular given that you definitely have the gift.
by 성북구출장마사지