‘China has made significant social and economic achievements under your leadership,’ the World Economic Forum leader said while ignoring the human rights abuses taking place at the hands of the Communist government.

Klaus Schwab, the Orwellian leader of the World Economic Forum, could barely contain his adoration for Chinese President Xi Jinping during his opening speech at this year’s Davos Summit.

Introducing the Communist Chinese dictator at this year’s WEF’s “Davos Agenda 2022” annual globalist summit, Klaus Schwab gave glowing praise to the authoritarian leader for his work in the country.

“China has made significant social and economic achievements under your leadership,” Schwab told Jinping while celebrating the globalist achievement of making the world “more interconnected than ever” in recent years.

After giving praise to Jinping for the economic growth China has experienced in the “first three quarters” of 2021, when most of the Western world had their governments suppressing their economic prospects through COVID measures and lockdowns, Schwab told Jinping he has achieved the “historic goal” of becoming a “prosperous” society in “all respects.”

According to Schwab, “mankind” makes its best progress by “surmounting difficulties,” and when “we [the world leaders] encounter difficulties, we should join hands, and rise to the challenge.”

Concluding his praise for the tyrannical leader, Schwab ironically added that China’s work has been beneficial to the larger global goal of creating a “more inclusive” and “more sustainable” world.

Schwab’s fawning over the so-called “inclusive” nature of Jinping’s republic is in sharp contradiction with the growing mountain of evidence that the Chinese Communist Party is carrying out a genocide on the Uyghur Muslim population.

As reported by LifeSiteNews last year, former U.S. Secretary of State Mike Pompeo has uncovered and supplied overwhelming evidence that China is forcing Uyghur women to have abortions, undergo sterilization, and be placed into “reeducation” programs with the hopes of reducing the group’s population within the nation.

Steve Mosher has revealed another aspect considered allegedly essential to China’s road to prosperity. He was the person who first exposed the Chinese Communist’s brutal birth reduction program. Mosher related in LifeSite articles that he “became an eyewitness to the most horrific population control program the world has ever seen” with its brutal forced abortions that grew into hundreds of millions of baby murders that also often also ended with the deaths of the mothers.

Xi Jinping has somewhat moderated the program, now allowing three children per family, but it essentially still remains in place.

Schwab’s praise for the Chinese dictator also ignored China’s organ-harvesting program that has been said to have led to ‘hundreds of thousands of victims’ in ‘one of the worst mass atrocities of this century.’

Under Xi Jinping, there has been an intense spike in Christian persecution, and a general persecution of all religions, after China’s secret deal with the Vatican.

China’s “Social Credit System,” which Schwab seems to especially admire, has become mandatory in China during Xi Jinping’s reign. One critic has called it the “nightmare of the world’s first truly totalitarian state” with the rollout of a nationwide system that rates the “trustworthiness” of its 1.4 billion citizens.

To those familiar with Schwab’s WEF, adoration for the Chinese president does not come as a surprise. The WEF is the collective of political and industry leaders behind the now-infamous Great Reset Agenda and 4th Industrial Revolution melding man and technology under global centralized control.

The Great Reset is a radical socialist plan designed by global elites that “seeks to ‘push the reset button’ on the global economy” and establish a radical New World Order that seems to closely emulate many aspects of the Chinese Social Credit System. The WEF openly meets once a year in Davos, Switzerland, to orchestrate their plans for the future.

In fact, many have been skeptical of the COVID-19 measures and the coronavirus narrative more broadly, precisely because in the WEF’s initial announcement of the Great Reset initiative, the group openly credited the COVID-19 “pandemic” as a great opportunity for putting them in an advantageous position to march toward their global revolutionary goals.

“COVID-19 lockdowns may be gradually easing, but anxiety about the world’s social and economic prospects is only intensifying. There is good reason to worry: a sharp economic downturn has already begun, and we could be facing the worst depression since the 1930s. But while this outcome is likely, it is not unavoidable,” Schwab wrote in June 2020.

But “one silver lining of the pandemic is that it has shown how quickly we can make radical changes to our lifestyles. Almost instantly, the crisis forced businesses and individuals to abandon practices long claimed to be essential, from frequent air travel to working in an office,” added the economist.

“To achieve a better outcome, the world must act jointly and swiftly to revamp all aspects of our societies and economies, from education to social contracts and working conditions. Every country, from the United States to China, must participate, and every industry, from oil and gas to tech, must be transformed. In short, we need a ‘Great Reset’ of capitalism,” Schwab stressed. 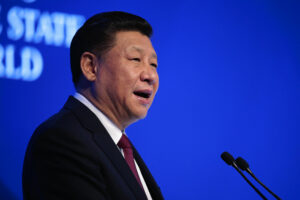 01 Feb 23
If you travel to a different regulated state, just switch to that state and generate an account to location your bets. Also visit myy web site 샌즈카지노우리카지노계열
by 샌즈카지노우리카지노계열

01 Feb 23
Hi my loved one! I wish to say that this article is awesome, nice written and come with approximately all important infos. I would like to look extra posts like this .
by agen slot online

01 Feb 23
Ko was hunting for his younger brother, Chang Joo Go, who’d come to Neew York to escape a debt collector in Seoul, then fallen out of touch. Also visit my web blog 메리트카지노
by 메리트카지노

01 Feb 23
You could do it the old-fashioned way by dropping off your CV or reume at nearby bars and restaurants. Here is my site :: 마사지 알바
by 마사지 알바

01 Feb 23
Women, individuals of colour, aand LGBTQ candidates are strongly encouraged to apply. Have a look at my blog - 란제리구인
by 란제리구인