Does Jeff Bezos love football more than he loves newspapers? That’s a question getting tossed around the nation’s capital as its NFL franchise hits the block.

Chatter is growing that Amazon’s billionaire founder is looking to clear the way for a purchase of the Washington Commanders by selling the Washington Post — with speculation boosted last month by leaked video of publisher Fred Ryan disclosing layoff plans at an unruly town hall meeting.

The problem for Bezos reportedly is that the Commanders’ embattled owner, Dan Snyder, is still sore over the storied newspaper’s series of exposes alleging a toxic management culture at the team, where bosses including Snyder allegedly enabled sex harassment.

Some even believe that Snyder suspects Bezos, who bought the Washington Post in 2013 for $250 million, encouraged the tough coverage in 2020 in a bid to force him to sell him the team.

Last week, Bezos stoked fears about looming layoffs at the Washington Post during an awkward visit to the newsroom. A source close to the situation said Bezos told the paper’s senior staff in private meetings that he had no plans to sell the paper. 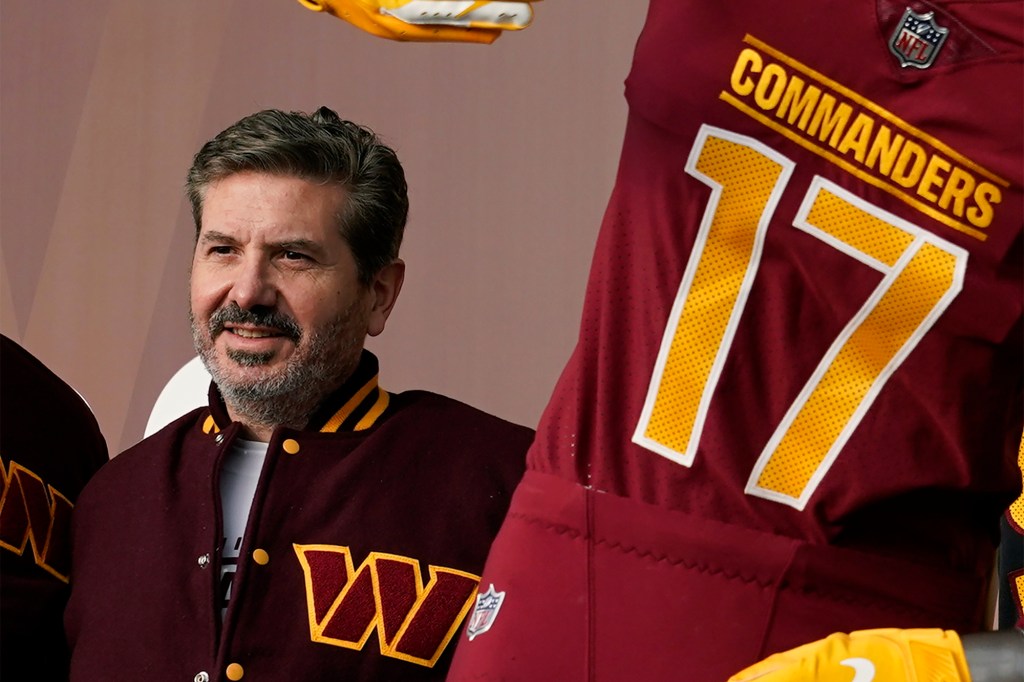 Washington Commanders owner Dan Snyder does not want to sell the team to Jeff Bezos — at least as long as Bezos still owns the Washington Post, sources said.

Nevertheless, one logical suitor believes the Washington Post is for sale and plans to bid, a source with direct knowledge of the situation said, declining to name the suitor. A second source who buys and sells newspapers said he also has heard the paper might be up for grabs.

“I think Bezos’ people could go to Dan and say as a gesture of goodwill, ‘We are selling the paper,’” a source close to the situation said. “I think that would go a long way with Dan.”

Meanwhile, Front Office Sports reported last Tuesday that Bank of America, hired by Snyder to auction the Commanders, “continues to court Bezos — even if there are indications that Snyder doesn’t want to sell” to the Amazon founder.

Bezos has not hired an investment banker to sell the Washington Post, nor has he made it perfectly clear it is actually for sale, the source added. Neither source is close to former New York City Mayor Michael Bloomberg, who, according to a Dec. 23 Axios report, is interested in buying either the Wall Street Journal or Washington Post.

A Bloomberg spokesman said at the time that “There have been no conversations with anyone or either organization about an acquisition. The company has no interest in acquiring either.” 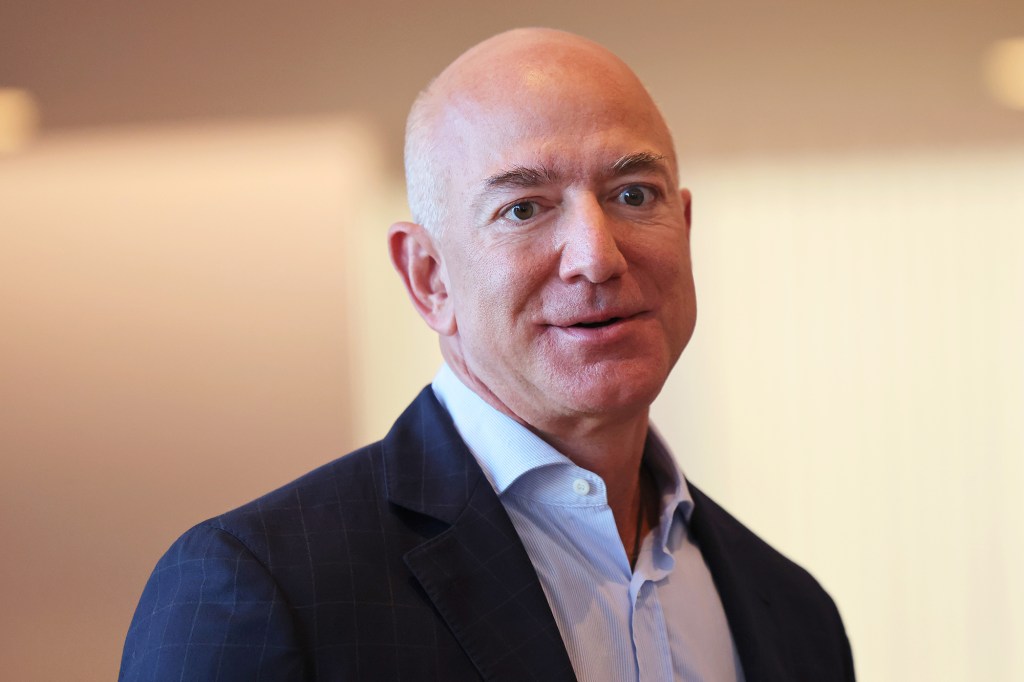 Last week, reports surfaced that the Commanders have taken first-round bids from prospective acquirers and that Bezos — who reportedly has been in talks with Jay-Z to team up for a buyout — wasn’t among them.

Bezos has been tight-lipped on the subject of the Commanders, apart from a November CNN interview in which he said football is his “favorite sport” and his girlfriend Lauren Sanchez chimed in, “I do like football — I’m just going to throw that out there.”

Sports journalists, meanwhile, have been happy to weigh in on behalf of Dan Snyder — whose disposition toward Bezos is decidedly less enthusiastic, according to reports.

“Not only was I told Bezos didn’t submit a bid, I’ve had people tell me the Snyder family has absolutely no interest in selling to Bezos,” JP Finlay, who covers the Commanders for NBC Sports, tweeted last weekend. That was in response to reports that the highest first-round bid came in at $6.3 billion — short of the $7 billion-plus that Snyder reportedly is seeking.

That also was after an unnamed source told NBC Sports’ Peter King in November, “It’ll never happen. Dan Snyder detests the Washington Post. No way he’d sell to the owner of that paper.” 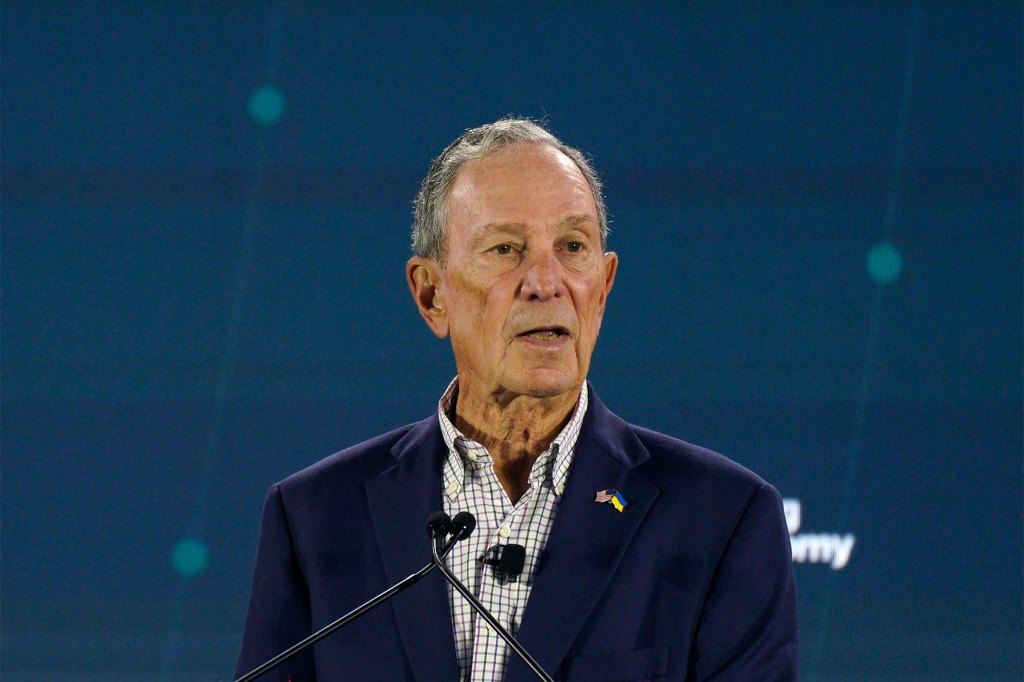 A report last month said former New York City Mayor Michael Bloomberg was interested in buying the Washington Post if it was for sale.

Dan Froomkin, editor of the nonprofit Press Watch, notes that the Amazon tycoon — currently the world’s fourth-richest person with a net worth of $120 billion, according to Forbes — has been known for libertarian-leaning political views that have long been an awkward fit for the Washington Post.

“I can easily imagine better owners for the Washington Post than Jeff Bezos,” Froomkin said.

In 2018, a Washington Post op-ed raised eyebrows when it criticized “corporate welfare tax” legislation introduced by Sen. Bernie Sanders (I-Vt.) nicknamed the “Stop BEZOS Act.” Bezos tweeted out the article. Last May, Bezos sparred on Twitter with President Biden over taxes, demanding a government fact-check on the president’s assertions that low corporate taxes were stoking inflation.

Still, Froomkin added, “I can even more easily imagine worse owners for the Post, and that would be a national and journalistic tragedy, as well as a complete betrayal of the assurances Bezos made to Don Graham when he bought the Post in 2013 that he would do what’s good for the Post.”

Bezos, for his part, has said publicly it was never his dream to own a newspaper. Former Post owner Donald Graham asked Bezos to buy it in 2013 to provide financial stability and boost online growth. While the paper expanded rapidly under Bezos early on, beefing up staff and coverage, it was reportedly on track to lose money in 2022 after years of profits as readership waned following the end of the Trump administration. 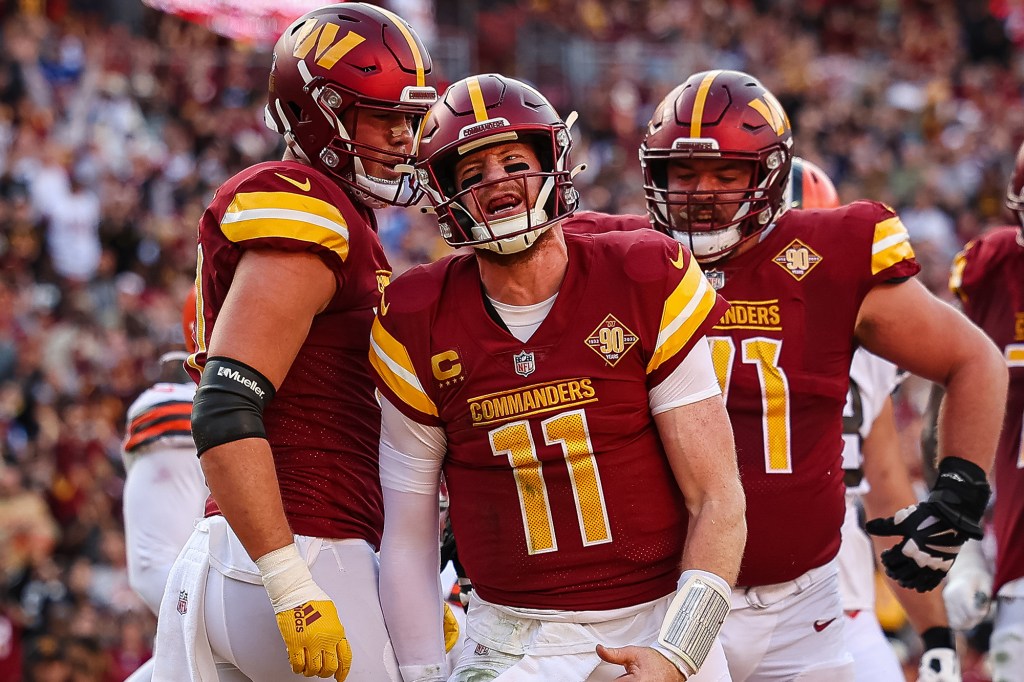 “I know that when I’m 90, it’s going to be one of the things I’m most proud of, that I took on the Washington Post and helped it through a very rough transition,” Bezos said in the 2021 book “Invent and Wander,” a collection of his writings.

Now, Bezos’ attachment to the paper may be weaker than ever, said Edward Wasserman, a journalism professor at UC Berkeley who notes that Bezos’ summer Twitter spat with Biden drew critical coverage at the time.

“Bezos has become belatedly aware of the obligations of owning the Washington Post — if he didn’t realize it would muzzle him, he realizes it now,” Wasserman said. “It would make sense for him to get out of it.”

08 Feb 23
What's up, yeah this article is actually good and I have learned lot of things from it regarding blogging. thanks.
by https://comicvine.gamespot.com/profile/sv888/

08 Feb 23
The odds of winning any prize aare 1 in 24, according to the Mega Millions internet site. Check out my website: 스머프사다리4
by 스머프사다리4