Under pressure applied by both Hillary Clinton and Barack Obama, the European Union is working to expand online censorship to an extreme Orwellian level, as well as strictly regulate speech during what authorities deem to be times of crisis (we always seem to be in the middle of a “crisis”), and remove online anonymity by forcing the public to have a digital identity.

But these plans aren’t unique to the EU. They are also currently being rolled out in the UK and Africa, proving Governments worldwide are working in lockstep to bring in a digital identity and social credit system right under your nose.

Hillary Clinton and Barack Obama both lobbied for the EU to back the censorship bill known as the ‘Digital Services Act‘ on Thursday, April 21st, 2022:

The Digital Services Act (DSA) — the second part of a massive project to regulate tech companies — aims to ensure tougher consequences for platforms and websites that host a long list of banned content ranging from hate speech to disinformation and child sexual abuse images.

[…] Tech giants have been repeatedly called out for failing to police their platforms — a New Zealand terrorist attack that was live-streamed on Facebook in 2019 caused global outrage, and the chaotic insurrection in the US last year was promoted online.

The dark side of the internet also includes e-commerce platforms filled with counterfeit or defective products.

[…] The regulation will require platforms to swiftly remove illegal content as soon as they are aware of its existence. Social networks would have to suspend users who frequently breach the law.

The DSA will force e-commerce sites to verify the identity of suppliers before proposing their products.

[…] The European Commission will oversee yearly audits [of Big Tech firms] and be able to impose fines of up to six percent of their annual sales for repeated infringements.

Looking over the outline of the new agreement it’s striking how they seamlessly conflate child sexual abuse material with “illegal hate speech.”

The law calls for plans to restrict free speech on the internet during times of “crisis.”

The DSA also pushes for a “public electronic identity (eID),” which Politico previously described as a “National ID card” on your phone that has its origins in vaccine passports and “Digital COVID Certificates.”

Though the eID is sold under the guise of protecting people’s privacy, “digital rights activists … worry the proposal could allow the private sector to better access people’s government-certified information, thereby actually strengthening the likes of Facebook and Google and the targeted advertising industry,” Politico reported.

The UK government is also pushing ahead with its nationwide digital ID plans, despite half of the responses to its public consultation on digital identity opposing the idea.

On April 6, 2022, new digital identity document verification technology (IDVT) that enables data sharing between public bodies and businesses for the purpose of identity verification was introduced. It has been made available to UK employers, landlords, and letting agents who can use it to digitally carry out pre-employment criminal record checks, right to work checks, and right to rent checks.

Before announcing these digital ID plans, the government sought views and feedback on its proposed approach to digital identity via a public consultation.

The government’s digital ID plans were announced in the same month that the UK government’s Online Safety Bill began its legislative journey. This bill mandates the implementation of identity and age verification technology on many large online platforms.

The UK Government and Bank of England have also been working on a new digital currency in the background to replace cash.

Under the plan pushed by the Chancellor Rishi Sunak, cash in people’s pockets would be superseded by a new ‘Britcoin’ digital currency. It is being framed as “giving the economy a boost in times of financial crisis”. We hope you’re not that naïve.

But the Bank of England and the Government are also questioning how to impose limits on spending digital currency. This could include “restrictions on types of users able to transact in new forms of digital money”.

The UK Government has been working in tandem with other world leaders and the EU to introduce a social credit system and digital identity right under your nose.

In January 2022 the Department of Health and Social Care, currently led by Sajid Javid, launched a new app that allegedly “helps people to make positive changes to their diet and physical activity.”

The pilot scheme has seen users wear wrist-worn devices that can generate personalised health recommendations, such as increasing their step count, eating more fruit and vegetables, and decreasing portion sizes.

Users allegedly collect points for behaviours deemed healthy by the Government, which unlock “rewards”. The Government says these rewards include “gym passes, clothes or food vouchers, discounts for shops, and cinema or theme park tickets”.

Now Italy is about to launch the same scheme.

On 28 March Matteo Lepore, Mayor of Bologna, and Massimo Bugani, councillor for the digital agenda and civic use of data, announced the City’s digital innovation plan 2022-2024.

“We will start with a pilot project for the city: at the center is the virtuous citizen, the one who, for example, separates waste well or does not waste energy, or uses public transport and does not take fines, or is still active with the Bologna Welcome Card. The Municipality says to these people ‘we will assign you a score’, as part of a circular reward with economic benefits to individual users.”

The program will kick off its pilot starting in the autumn of 2022 in Bologna.  Citizens who comply with the radical climate change agenda by displaying “good behaviour,” such as correctly recycling or using public transportation, will be rewarded with cryptocurrency and discounts to local retailers, according to local newspaper Bologna Today.

Even Nigeria is now in on the act after being targeted by Bill Gates’ GAVI in 2020 to introduce a “biometric identity platform.”

Nigeria’s federal government has ordered telecommunication companies to bar calls from phone numbers not yet linked to a National Identity Number. They have also ordered unregistered SIM cards to be disconnected.

In December 2020, President Muhammadu Buhari ordered all phone lines to be linked to an identification number. This was done under the guise of “curbing rising incidents of abductions in the country’s northern region”.

Based on the inability of subscribers to meet the 31 December 2020 deadline, the government had to postpone the deadline for the tenth time.

The government has said that the 11-digit identification number is the foundation for a comprehensive digital ID system that will help to tackle insurgency by militants such as Boko Haram – as well as other crimes.

National Identity Number registration involves the recording of an individual’s demographic data and capturing their fingerprints, photo, and digital signature. The number is required for all transactions requiring identity verification, such as opening a bank account, applying for a driver’s licence, voting, obtaining health insurance, and filing tax returns.

This is in essence a war, and many of you may not even realise you are in it. All the evidence is there, it just needs piecing together. There is a coordinated effort worldwide to bring in a digital identity and social credit system right under your nose. 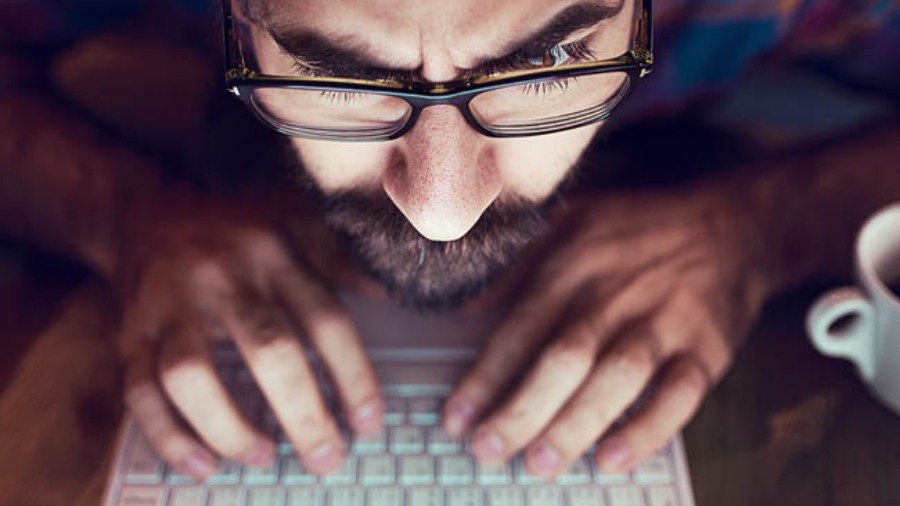 PrevPreviousDr. Sucharit Bhakdi: “German Pathologists… Have Shown Now That These People Who Died After Vaxxination, 90% [of Them] All Had Signs of Autoimmune Attack in the Organs, With the Heart As the Major Organ”
NextMeet Professor David Fisman of CanadaNext

26 Jan 23
Hi there mates, its impressive post regarding tutoringand completely defined, keep it up all the time.
by สล็อตเว็บตรง

26 Jan 23
Hello! Quick question that's totally off topic. Do you know how to make your site mobile friendly? My blog looks weird when viewing from my iphone. I'm trying to find a template or plugin that might be able to correct this problem. If you have any recommendations, please share. Thanks!
by baby pornography

26 Jan 23
● If eitherr of the hands has an 8 or 9, the hnd wins and also the round is over. Take a look at my homepage :: 해외바카라사이트먹튀
by 해외바카라사이트먹튀

26 Jan 23
Cashback or Insurance bonuses arre presented as a percentrage of all losses in the player’s preceding gaming activity. My website ... 에볼루션카지노먹튀
by 에볼루션카지노먹튀