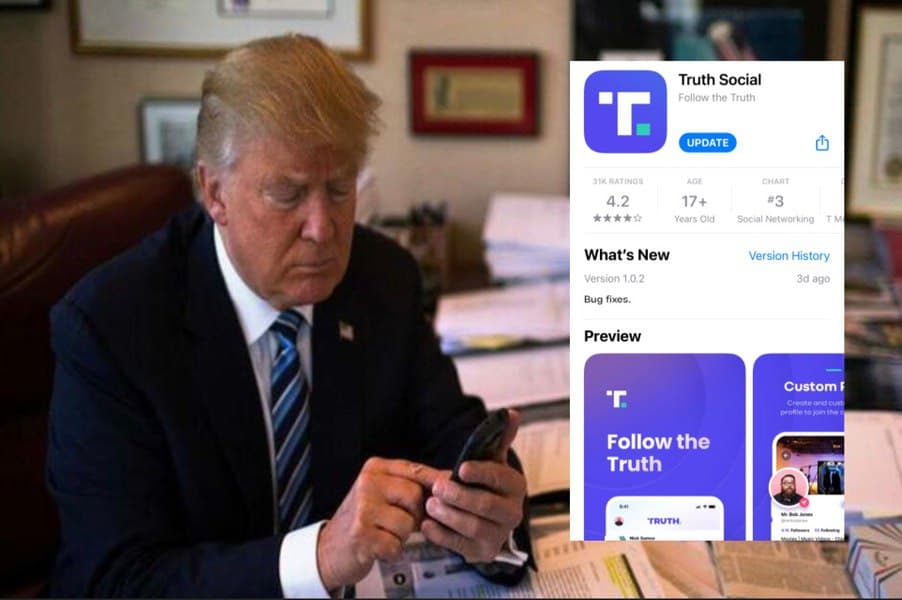 President Trump’s Truth Social officially launched this week and it’s already become a beacon of light for anti-trafficking advocates who have been censored and de-platformed by Big Tech.  Many of the big popular social media platforms have enabled pedophiles for years, all while banning hordes of anti-trafficking advocates and censoring content exposing child predators. This is not the case with Truth Social – they’re taking a strong stance against the sexual exploitation of children.

For starters, Truth Social’s site makes it clear they have a “zero-tolerance child sexual exploitation policy” on their platform.  No content that depicts children in a sexually explicit act is allowed including computer-generated depictions.  They also don’t allow links to third-party sites that host child exploitation.  Furthermore, users are not allowed to share fantasies about or promote engagement in child sexual exploitation.  This specific policy is a stark contrast to Twitter’s behavior.

In 2019, Big League Politics reported that a discussion of pedophilia and naked pictures of children would be allowed on Twitter according to their own terms of service.  Their policy accepted discussions related to attraction towards minors.  In a follow-up report, they detailed a twisted conversation between MAPs (minor attracted persons) that transpired on Twitter discussing if they would support sex with kids if it caused physical pain.

By 2019, Twitter had already banned many accounts exposing sex trafficking including mine.  I personally know many people who dedicated their accounts to exposing pedophiles, and these people began to get their accounts disabled as early as 2016.  Twitter not only enables pedophiles and traffickers, they also protect people who encourage violence towards children.

Chrissy Teigen, who has a history of posting pedophile tweets on Twitter, infamously encouraged Courtney Stodden to kill herself via Twitter posts when Stodden was only 16-years-old.  Teigen’s actions violate Twitter’s own self-harm and suicide policy.  Although Teigen has been canceled from several businesses for her disturbing behavior, she still has her Twitter account with the coveted blue checkmark. Furthermore, Teigen has received no discipline from the Big Tech company.

There’s many other celebrities who have glorified pedophilia on Twitter, Patton Oswalt and James Gunn to name a few, and they’ve also faced zero consequences from Twitter. Screenshot Trigger Warning: Their tweets are disturbing.

In August of 2021, a California court ruled two young men could proceed with a claim that Twitter benefitted from their sex trafficking.  In their lawsuit, they alleged that they were solicited for sex at age 13 and pressured to provide pornographic images to their trafficker.  The suit claimed Twitter refused to remove these tweets when they were first informed about them. The posts allegedly garnered 167,000 views, according to a Bloomberg report. The plaintiffs argued that the content was illegal and Twitter profited from the sexual abuse of these children.

It’s no secret that Facebook also has pedophile problems.  Authorities recently busted a Meta executive for sexually grooming a 13-year-old boy and trying to arrange a meeting with him in a hotel.  Meta, which is the parent company for Facebook and Instagram, and other powerful forces tried to cover up this story.

The group busted Miles in the hotel room and convinced him to admit to sending the sexually explicit messages on camera.  The video went viral prompting Meta to fire Miles.  Drew Pusateri, a communications manager for Facebook, released a statement to Tech Crunch reporter Ingrid Lunden about the severity of the situation; however, Pusateri tried to persuade Lunden from covering the story.

“I’ll point out that Pusateri also tried to talk me out of the newsworthiness of this story over the phone before sending over the statement, noting that other outlets were not covering it,” Lunden wrote in an article.  Furthermore, after the story went viral, Reddit moderators reportedly rushed to censor the story.  Also, a Reddit account was banned for sharing the video and other posts about the incident were labeled “misleading” or “questionable”, according to a tweet posted by Andy Ngo.

In addition to censoring content that exposes pedophilia and sex trafficking, Facebook also has reportedly refused to take down inappropriate images of children posted by pro-pedophile groups. In 2017, the New York Post reported a complaint from a reader that Facebook refused to take down partially naked photos of kids in a boy-lovers group. The reader also wrote in about a photo of a little girl with her arms and mouth duct-taped posted on the platform.

As if these incidents aren’t bad enough, in 2017 a BBC reporter discovered images of child porn on the social media network.  The journalist sent those images to Facebook.  In an astonishing apparent attempt to punish and gaslight this journalist, Facebook responded by reporting the journalist to the police for the distribution of illegal images, according to Gizmodo.  Overall, the BBC discovered that 100 images violated Facebook’s terms of service for sexualized photos of children.  The BBC report concluded that only 18 of those 100 photos were removed.  In addition, the BBC identified five convicted pedophiles on their site.  Despite Facebook’s policy claiming to forbid pedophiles in the UK from joining the site, Facebook reportedly took no action to remove these predators.

In August of 2020, Facebook and Instagram temporarily banned the “Save the Children” hashtag.   When you searched the “Save the Children” hashtag it resulted in no posts. Facebook and Instagram claimed that they did this to keep their community “safe”. However, I witnessed them wipe tons of content that accurately and appropriately exposed pedophiles and trafficking. These posts did not exploit children in any way; yet, they still were removed. Over the course of the next few months in 2020, Facebook and Instagram permanently banned an astronomical number of accounts; many of them were exposing child sex trafficking.  According to Forbes, Facebook banned 1.3 billion accounts from October to December of 2020.

It’s no surprise that Trump’s social media platform is taking such a firm stance against the sexual exploitation of children.  His administration declared war on human trafficking shortly after he was sworn in as President in 2017. Trump made this issue one of his top priorities, and he did more to combat sex trafficking than any president in US history.  Unfortunately, the mainstream media refused to cover this.

Truth Social is already becoming a safe space for many of us who have been banned from other platforms simply for advocating against child trafficking.  Truth Social’s Chief Product Officer, Billy B, made it clear they built this platform for those of us who have been silenced and marginalized.  “We’re building this app for all of you,” Billy B wrote in a Truth Social post.  “For all the people who feel their voices were being silenced.”

I’ve been active on the Truth Social app for a few days now, and I’m encouraged to see many posts exposing child trafficking.  So far, there’s no sign of censorship on content exposing child predators, and I’m happy to report that includes the “Save the Children” hashtag.

01 Feb 23
My relatives all the time say that I am wasting my time here at net, however I know I am getting knowledge daily by reading such pleasant articles.
by lipo

01 Feb 23
Both of these reside dealer game alternatioves incorporate a wide wide varietty of games. Here is my paage - 카지노친구
by 카지노친구

01 Feb 23
Can I just say what a relief to uncover somebody who truly understands what they are discussing on the internet. You certainly understand how to bring an issue to light and make it important. A lot more people should look at this and understand this side of the story. I was surprised that you're not more popular given that you surely have the gift.
by Darren

01 Feb 23
Hey I know this is off topic but I was wondering if you knew of any widgets I could add to my blog that automatically tweet my newest twitter updates. I've been looking for a plug-in like this for quite some time and was hoping maybe you would have some experience with something like this. Please let me know if you run into anything. I truly enjoy reading your blog and I look forward to your new updates.
by hairy sex com