Australia’s Deputy Prime Minister Barnaby Joyce has called for jailed WikiLeaks whistleblower Julian Assange to not be extradited to the US from the UK.

Mr Assange, who is Australian, has been in jail since April 11, 2019 and a British court recently ruled he could be extradited to America to face espionage charges.

The charges relate to an alleged conspiracy to obtain and disclose classified information which revealed alleged war crimes in Afghanistan and Iraq.

Mr Joyce said Mr Assange, 50, should either face British courts for alleged crimes committed on that country’s soil or be sent back to Australia.

‘I have never met him and, from observation, don’t respect him. I presume I would not like him,’ Mr Joyce writes in an opinion piece in the Sydney Morning Herald.

‘I view these facts as a clarion call to be all the more vigilant that he is treated just as one of my most powerful colleagues or dearest friends would be.

‘It is a case of how our citizen is protected and judged. Imagine a sliding door moment, and it was not Assange but you who was in court in Britain.’

Mr Joyce, 54, says Mr Assange did not steal secret US files but only published them, which did not breach any Australian laws at the time, and he was not in the US when leaks were put online through the WikiLeaks portal.

‘If we are content that this process of extraditing one Australian to the US for breaking its laws even when he was not in that country is fair, are we prepared therefore to accept it as a precedent for applying to any other laws of any other nation to any of our citizens?’

Mr Wilkie, a former intelligence analyst, said the prosecution of Mr Assange had always been political and could be solved politically by Mr Morrison.

Mr Assange faces 175 years in prison in the US.

Last weekend, his fiancee Stella Moris revealed that he had a stroke in Belmarsh Prison.

Mr Assange, who is being held on remand in the maximum-security jail while fighting extradition to America, was left with a drooping right eyelid, memory problems and signs of neurological damage.

He believes the mini-stroke was triggered by the stress of the ongoing US court action against him, and an overall decline in his health as he faces his third Christmas behind bars.

The stroke happened at the time of a High Court appearance via video link from Belmarsh in October.

A ‘transient ischaemic attack’ – the interruption of the blood supply to the brain – can be a warning sign of a full stroke. Assange has since had an MRI scan and is now taking anti-stroke medication.

Ms Moris, 38, a lawyer, said: ‘Julian is struggling and I fear this mini-stroke could be the precursor to a more major attack.

‘It compounds our fears about his ability to survive the longer this long legal battle goes on.

‘It urgently needs to be resolved. Look at animals trapped in cages in a zoo. It cuts their life short. That’s what’s happening to Julian. The never-ending court cases are extremely stressful mentally.’ 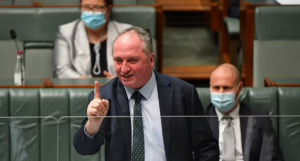