If you believe the leaders of the Dutch farmers revolt, ambitious plans of investors, and the WEF globalists are why the Dutch Rutte governments want to take away the farmers’ land.

Freedom activist Willem Engel reports on what he sees as the actual background of the Dutch farmers’ protests. For him, it is clear that such developments will not be limited to the Netherlands. Under the guise of climate protection, the way to get there seems to be through forced expropriation.

Read also: Check out our coverage on curated alternative narratives

In the Corona Committee of July 8, 2022 (112th session; The disgrace), he comments at length on the massive farmers’ rebellion in his homeland. Their background, he finds, has nothing whatsoever to do with the official narrative of reducing nitrogen and ammonia emissions.

He claims that the Dutch government is not seeking to eliminate about a third of its farms for environmental reasons. Instead, it is about the construction of Tristate City, a megalopolis with a population of around 45 million extending to areas of Germany and Belgium.

To be able to implement this project, which is planned in agreement with the goals of Agenda 2030, expropriations are also planned, he said.

The so-called “nitrogen crisis,” Engel says, is fictional, a purely political issue. No human lives are at stake. All that is at stake, he says, is that some politicians want to reshape Holland’s landscape.

Moreover, the most significant nitrogen emissions are not caused by agriculture but by industry. However, this is not being targeted by those responsible.

(AGENDA 21/AGENDA 2030, THE GREAT RESET – THERE IS NO DIFFERENCE – A BRIEF REMINDER OF WHAT IT IS ALL ABOUT)

THE PULSATING HEART OF EUROPE IN AGENDA 2030

The project, backed by Dutch employers organization VNO-NCW, says the region’s population of up to 45 million people creates a ‘sustainable urban power house’.

The project’s supporters include property developers, pension funds, and Utrecht’s economic board. Dutch cities, the organization says, are too small to compete in what it calls the ‘battle of the cities, in which mega-cities compete for investment and talent. By treating the Netherlands as an urbanized delta with 17 million inhabitants, the project’s supporters say it is creating a solid player in this ‘battle of the titans.’ ‘Our city marketing is too fragmented and inefficient,’ the project website says.

‘In practice, the Dutch cities compete with each other abroad.’ Amsterdam Metropool, Brainport Eindhoven, Twentestad, Ede Food Valley, Regio Groningen Assen, and Dairy Delta are just some of the names Dutch regions use when marketing themselves abroad.

The project’s backers say that the Netherlands must present itself as one of the world’s most potent and sustainable city networks.

‘It is about how Dutch companies present themselves to companies such as Apple or big Chinese firms,’ Prologis Benelux director Bram Verhoeven told the Financieele Dagblad. Amsterdam, Rotterdam, Utrecht, and The Hague are also part of another project known as the Holland Metropole. The big four cities present themselves as a single urban area with four centers, each with its specialty. 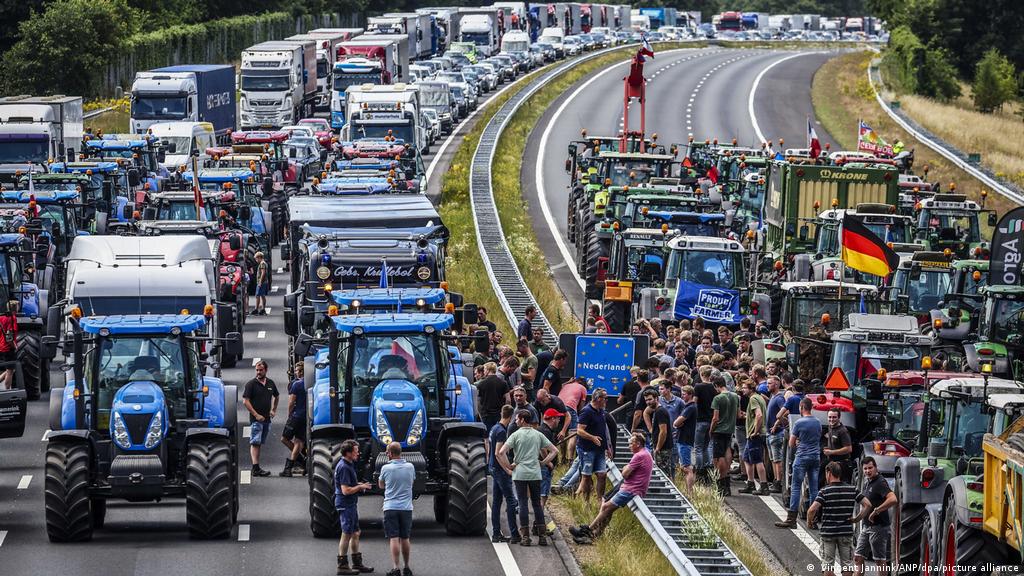 PrevPreviousBased American Drops Ukrainian Truth Bomb on Congresswoman!
NextMTG: “I’ll Call Out Racism Everywhere I see it, and This Anti-White Racism is Growing, and it’s Dangerous”Next

30 Nov 22
If you wish for to get a great deal from this article then you have to apply these strategies to your won website.
by capricorn horoscope

30 Nov 22
Hey there just wanted to give you a quick heads up. The words in your article seem to be running off the screen in Opera. I'm not sure if this is a format issue or something to do with browser compatibility but I thought I'd post to let you know. The design and style look great though! Hope you get the problem solved soon. Thanks
by aquarium

30 Nov 22
Since the admin of this site is working, no question very soon it will be famous, due to its feature contents.
by blog

30 Nov 22
In pay-per-click (PPC) mode (Edelman et al., 2007; Varian, 2007), the platform allocates slots and calculates fee according to each the click bid provided by the advertiser and the user’s click on by way of rate (CTR) on every ad. Payment plans vary among the many totally different providers. The Hopper is a multi-tuner, satellite receiver delivering high-definition programming and DVR providers. However, throughout the '60s, most other youngsters's programming died when animated series appeared. For instance, when "30 Rock" won an Emmy for excellent comedy sequence on its first strive in 2007, NBC started to see its lengthy-time period prospects. They only didn't necessarily see them on the scheduled date. See extra photos of automotive devices. Memory is inexpensive as of late, and more RAM is sort of all the time better. Rather, they have slower processors, less RAM and storage capability that befits finances-priced machines. Back then, ATM machines were still a comparatively new luxury in lots of nations and the overseas transaction fees for ATM withdrawals and bank card purchases had been via the roof.
by joker true wallet