The “Heart of Gold” and “Harvest Moon” singer earlier this week penned an open letter to his manager and label asking them to remove his music from the service, saying it is spreading fake information about Covid-19 vaccines through Mr. Rogan’s show. “They can have Rogan or Young. Not both,” he wrote.

“We want all the world’s music and audio content to be available to Spotify users. With that comes great responsibility in balancing both safety for listeners and freedom for creators,” a Spotify spokesman said Wednesday. The company has detailed content policies in place and has removed over 20,000 Covid-19-related podcast episodes since the start of the pandemic, he added.

“We regret Neil’s decision to remove his music from Spotify, but hope to welcome him back soon,” he said. 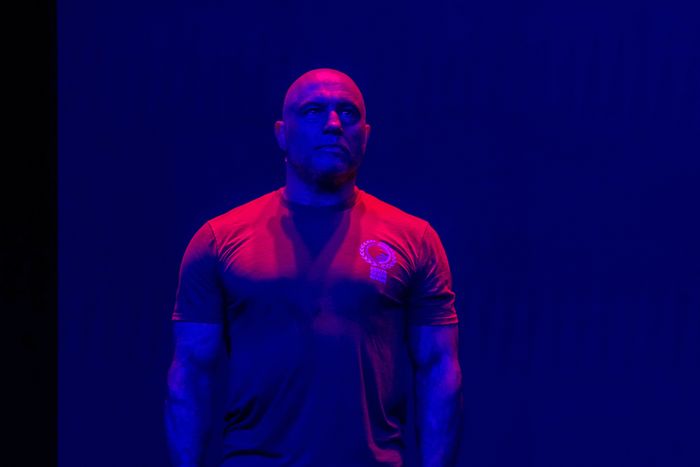 Joe Rogan is central to Spotify’s podcast strategy in attracting listeners and ad dollars to its platform and shows.

For Spotify, the controversy is a significant test of its big bet on Mr. Rogan, one of podcasting’s most popular and polarizing voices. Spotify struck a deal with Mr. Rogan in 2020 worth more than $100 million, according to people familiar with the matter, bringing his loyal followers and lucrative show exclusively to its service. Mr. Rogan is central to Spotify’s podcast strategy in attracting listeners and ad dollars to its platform and shows.

While the letter has since been removed from Mr. Young’s website, he has been in discussions with his label and Spotify since then, and continued to hold his ground, according to people familiar with the matter.

Mr. Rogan didn’t respond to a request for comment.

On Wednesday, Neil Young took more jabs at Spotify on his website, calling on others to join him in removing music from Spotify. “I sincerely hope that other artists and record companies will move off the Spotify platform and stop supporting Spotify’s deadly misinformation about Covid,” he wrote but added that he “can’t really expect that to happen.”

Spotify represents 60% of the streaming of his music to listeners, Mr. Young wrote, and pointed listeners to where his music is still available to stream, including Apple Music, Amazon Music and Qobuz, a high-res music streamer. Mr. Young also thanked his label for supporting him in his wishes to leave Spotify.

Before the removal, Mr. Young had 2.4 million followers and over six million monthly listeners on Spotify.

Mr. Rogan’s show has created tensions for Spotify before. Earlier this month, a group of 270 scientists and healthcare professionals signed an open letter to Spotify accusing the podcast of “promoting baseless conspiracy theories” and asking the service to take action against mass-misinformation events on its platform.

Some employees expressed concern over the podcast’s content during a town-hall meeting in September 2020, relating to material they felt was anti-transgender, according to people familiar with the matter.

The company stood by its star podcaster, with Chief Executive Daniel Ek saying that the ambition to make Spotify the “largest audio platform in the world” involves embracing diverse voices and differing opinions as the company chases scale in podcasting.

In 2018 Spotify introduced a “Hate Content and Hateful Conduct” policy that touched off a debate about whether streaming services should punish artists for alleged bad behavior. It faced backlash across the music industry and walked back the policy three weeks later.

By removing his music from Spotify, Mr. Young won’t collect the royalty payments connected with streaming his songs there which are split between him, his record label, publisher and other rights holders to his music.

While Mr. Young’s label is the licenser to Spotify and legally has control over how and where his music is distributed, it is typical for a record company to take an artist’s wishes into account. An act of Mr. Young’s cachet in particular tends to have more control over their career and creative output.

Last year publicly traded music investment firm Hipgnosis Songs Fund Ltd. announced a deal to purchase a 50% stake in Neil Young’s songwriting catalog. The sale fetched a price between $40 million and $50 million, according to people familiar with the deal. While Hipgnosis investors stand to benefit from royalties when Mr. Young’s music is streamed on Spotify and other services, music lawyers say they wouldn’t have a say in the tussle with Spotify because of the way publishing rights typically work.

Streaming accounts for 84% of recorded music revenue in the U.S., according to the Recording Industry Association of America. Spotify is by far the largest music-streaming service by paid subscriptions.

Classic tunes like those found in Mr. Young’s catalog, in particular, have been streaming well, as services attract older subscribers and younger listeners discover the favorites of their elders.

During the pandemic, nostalgia listening surged even more. On streaming services, music older than 18 months is a major growth area, making up some 70% of listeners’ consumption, according to MRC Data, formerly Nielsen Music. 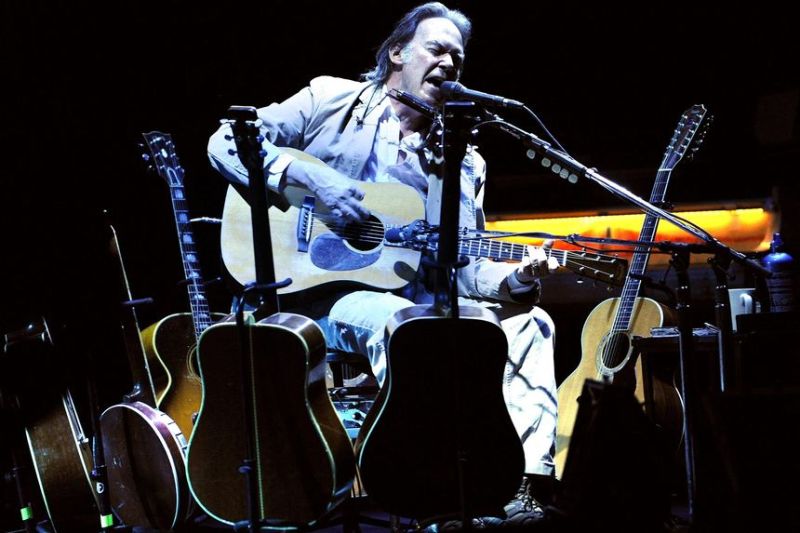 PrevPreviousTop Doctors Refuse To Give Their Own Kids a Third Shot As Studies Find Chances of Vaxxinated Boys Between 12 and 17 Being Hospitalized Are 0.3 Out of 100,000
NextYale Epidemiologist Dr. Harvey Risch: “It Means That They Are Doing Something That’s Damaging the Immune Response in a More General Way”Next

26 May 22
I must thank you for the efforts you've put in penning this site. I'm hoping to view the same high-grade blog posts by you in the future as well. In fact, your creative writing abilities has inspired me to get my own, personal blog now ;)
by escort

26 May 22
Your way of explaining everything in this piece of writing is in fact fastidious, all be capable of without difficulty be aware of it, Thanks a lot. Feel free to visit my web page ... เว็บแทงหวย
by เว็บแทงหวย