The U.S. government has funded studies using the human waste product for fertilizer since 2016, though the method has enjoyed newfound popularity amidst global fertilizer and subsequent food shortages. While many have attributed this scarcity to the ongoing war in Ukraine, environmental activists and Democrats’ push for “green” energy has played a sizable role in decreasing the supply of resources required for fertilizer production.

A recent CNN segment asserted: “Farmers around the world are struggling. Your pee could help,” highlighting the concept in a July interview profiling Vermont farmers participating in an exchange program where chemical fertilizers are traded for human urine.

“Farmers in Vermont are finding relief from an unexpected source: human pee,” begins the segment which chronicles several farmers involved in the program. During the segment, no criticisms of the potential danger to public health are presented.

“In Brattleboro, we have upwards of about 200 people who continuously donate their urine,” explains Kim Nace, co-founder of the Rich Earth Institute. The waste product is of interest to farmers as a fertilizer alternative due to its high levels of elements found in traditional fertilizer: nitrogen, phosphorus, and potassium.

The New York Times also got in on the action in a long-winded profile, “Meet the Peecyclers. Their Idea to Help Farmers Is No. 1.” Praising the method as a solution to fertilizer and food shortages, the piece lists several positive effects of using human urine in agriculture.

“Beyond the practical benefits of turning urine into fertilizer, some are also drawn to a transformative idea behind the endeavor. By reusing something once flushed away, they say, they are taking a revolutionary step toward tackling the biodiversity and climate crises: Moving away from a system that constantly extracts and discards, toward a more circular economy that reuses and recycles in a continuous loop,” explains the article, which proceeds to dismiss concerns over the unsanitary nature of the fertilizing method:

“Then there’s the ick factor, which peecycling supporters confront head on.

“Human waste is already being used to fertilize foods you find in the grocery store,” said Kim Nace, a co-founder of the Rich Earth Institute, which collects the urine of some 200 volunteers in Vermont, including Ms. Lucy’s, for research and application on a handful of local farms.”

The Vermont-based institute received a $3 million taxpayer grant from the U.S. government’s National Science Foundation, aimed at popularizing the alternative fertilizer method. In partnership with the University of Michigan, researchers assessed how to broaden the use of human urine as fertilizer by “scaling up” through new toilet and plumbing technologies. In collaboration with an independent communications consultant, researchers also analyzed “social attitudes” towards urine-derived fertilizers.

“We can throw all the technology in the world at this problem and make no progress towards implementation unless the second area is advanced—and that’s the social behavior piece. We’re investigating the attitudes people hold towards the use of urine-derived fertilizers and will be testing and evaluating educational interventions,” explained researcher Nancy Love.

The practice has also been endorsed by the World Health Organization (WHO) which issued guidelines for farmers on how to adopt the approach, as explained by the Rich Earth Institute:

“The World Health Organization recommends this practice if the urine comes from the same household that will be eating the produce, and if the following guidelines are followed: •Wash hands after handling urine, or wear gloves.

•Apply urine close to the ground, not as a spray.

• If the crop grows above ground and is eaten raw, incorporate the urine into the soil by tilling or additional watering.

•Wait at least one month after fertilization to harvest crops that are to be eaten raw.”

The news follows a recent effort to popularize the consumption of recycled wind turbines and insects. 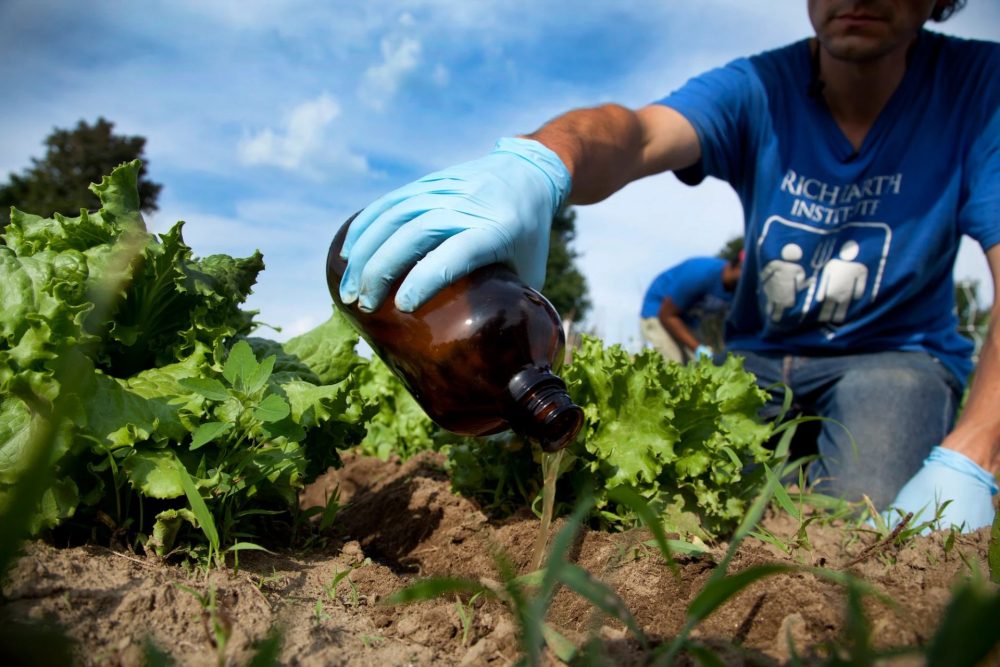 08 Feb 23
You can definitely see your enthusiasm in the work you write. The world hopes for more passionate writers like you who are not afraid to say how they believe. Always go after your heart.
by https://postheaven.net/e4j0i4gfei