A meteorologist who worked on climate studies at NASA says satellite observations show the Earth is warming at the “bottom end” of climate models – but Google has demonetised his website.

Dr Roy Spencer said Google was “not specific about what claims” led to the decision.

“What their website tells me is that all of my whole website basically is unreliable and harmful claims,” he said.

“If people like myself don’t buy into the narrative that global warming is not only occurring but it’s going on at a catastrophic rate and we have to do something about it, if you don’t go along with that narrative, you get thrown under the bus.”

Dr Spencer, formerly a senior scientist for climate studies at NASA’s Marshall Space Flight Centre, told Sky News Australia his global temperature dataset started with John Christy over 30 years ago is unlike any other because it’s from satellites and “covers the whole Earth”.

“If we do an apples-to-apples comparison between the satellite measurements and what over two dozen climate models have predicted since 1979, for that same layer (troposphere) we, our measurements, are actually at the bottom end of all those models,” he said.

“In other words, the warming we see is lower than most if not all of those models, so there is a discrepancy between what the observations are showing, which shows about an average of 0.13 degrees Celsius per decade warming, which is a very small number compared to the climate models which are generally twice that at least.”

Lawrence Tate
This “we don’t like what you say so we are labeling it as misinformation and ‘canceling’ you.” BS must end.

Lisa Martin
Whatever he said, must have been true. Truth is the first thing they squash.

Tina Leanne
“The truth does not mind being questioned. A lie does not like being challenged” – Unknown

Richard Dawson
“Believe the science!!!”
Unless the science disproves their agenda!!!

CaptCreekmore
Someone recently stated that Google is the largest, most successful mind control device ever created. I’m beginning to agree.

John Dee
We need more adults like this at the decision table. The populous is not the problem, the amateur leaders are causing division to keep control.

glumpy10
The level of corruption and manipulation in the world these days is unfathomable to the average person. We are truly stuffed.

Kevin Munnings
If “they”ignore it, it probably isn’t true; if they go to great lengths to discredit it, it’s absolutely true.

Ann Hinson
More people need to listen to this meteorologist. He is absolutely right. Him telling the facts does not fit the woke establishment. 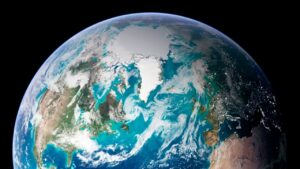 PrevPreviousEU ‘Commits’ to Cutting Russian Banks Off From Swift Over Ukraine Invasion
NextPutin Talking About Soros in 2018. “There Is Such a Person in the United States, Mr Soros, Who Interferes in Affairs All Over the World”Next