DuckDuckGo has been caught colluding with Bill Gates to tracks users online while misleadingly promoting itself as an advocate of privacy and free speech.

According to a security researcher, DuckDuckGo (DDG) secretly whitelists Microsoft’s trackers as part of a deal with the Big Tech giant.

DDG has made a name for itself as a privacy-first pro-free speech company. However, earlier this year its CEO Gabriel Weinberg announced that the search engine will begin purging all independent media outlets from the platform and will replace them with “trusted” mainstream media outlets instead.

This unsettled many users who had trusted DDG to behave more ethically than the likes of Google.

Webpronews.com reports: Unlike Google, Bing, or Brave, DDG gets its search results from other engines, with the bulk of them coming from Bing. The company has long claimed to strip out any trackers from the search results it provides, although clicking an ad from Microsoft in the search results is an exception to that policy. DDG has never made a secret of the fact that clicking on those ads sends a user’s IP address to Microsoft. Unfortunately, DDG hasn’t fully disclosed the terms of its deal, or just how much information it shares with Microsoft.

Security researcher Zach Edwards first made the discovery and tweeted about it:

Sometimes you find something so disturbing during an audit, you've gotta check/recheck because you assume that *something* must be broken in the test.

Ironically, DDG doesn’t even block Microsoft’s data trackers on Workplace.com, a Facebook-owned domain that it brags about blocking Facebook’s trackers on.

Needless to say, DDG CEO Gabriel Weinberg is doing his best to put out the fire:

For non-search tracker blocking (eg in our browser), we block most third-party trackers. Unfortunately our Microsoft search syndication agreement prevents us from doing more to Microsoft-owned properties. However, we have been continually pushing and expect to be doing more soon.

Of course, Weinberg might not have to put out so big a fire if his company had disclosed this issue first, rather than waiting until it was uncovered by a security researcher.

In the meantime, Shivan Kaul Sahib, Privacy Engineer for Brave, highlighted the inherent conflict of interest for a company that relies on the good graces of another company making money off of ad trackers.

This is shocking. DuckDuckGo has a search deal with Microsoft which prevents them from blocking MS trackers. And they can't talk about it!
This is why privacy products that are beholden to giant corporations can never deliver true privacy; the business model just doesn't work. pic.twitter.com/bzxw8vaxsy

Speaking of Brave, the company is one of the only ones on the market that provides a truly independent alternative to Google and Bing. The company bought Tailcat, allowing it to build its own search engine that relies on a completely independent web index. This keeps Brave from being beholden to Microsoft, Google, or any other company.

With a privacy-focused browser and a truly independent search engine, Brave is quickly establishing itself as a much better privacy solution than DDG. 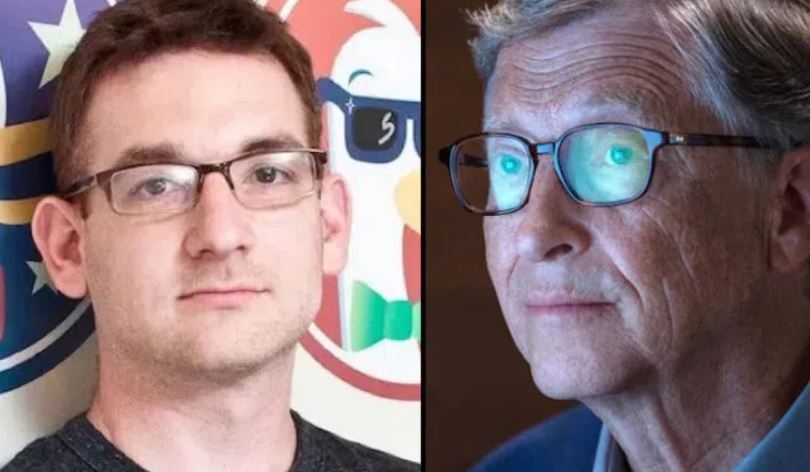 Editor’s Note:
As mainstream media dies, Truth Group and its platforms are benefiting. Alternate independent media, and alternate social media is booming. Every billion in market cap they lose is for the Truth Group and others to gain.

Some of the Apps are launched already, such as Truthbook.social the alternative to Facebook with tens of thousands of users, who have already posted over 100,000 posts in its short time, since soft launch, with many becoming available soon.

Truthcoin is the currency behind Truth Group new apps, and it will be listed on selected crypto exchanges in late May 2022 to enable supporters to help fund this critical and much-needed alternate social media platform. Truthcoin set to launch its payment system TruthPay and list in June on Crypto Exchanges as TruthPay and TRP as its Exchange Ticker.

Truth Coin www.truthcoin.social is a large supporter of independent media and “Take back Our World.” objectives, and it launches its Pre ICO ahead of June listing. Details here: https://truthcoin.social/en/truthcoins-ico.

PrevPreviousPlease Sign Our Petition To Stop the C0VID Vaxxines (Especially if You Work in Healthcare)
NextMikel Marusu: Philippines Experiencing Numerous Deaths Since “Vaxxine” Mandate Went Into Effect on November 30Next

07 Feb 23
I’m not that much of a internet reader to be honest but your sites really nice, keep it up! I'll go ahead and bookmark your site to come back in the future. All the best
by adam and eve coupon code

07 Feb 23
The interest rate is fixed for the whole loan period and is not tied to the Euribor. Look at my homepage - 직장인 대출
by 직장인 대출

07 Feb 23
Hi there all, here every person is sharing these experience, so it's fastidious to read this blog, and I used to go to see this blog every day.
by Find Out More

07 Feb 23
Heya! I just wanted to ask if you ever have any trouble with hackers? My last blog (wordpress) was hacked and I ended up losing several weeks of hard work due to no data backup. Do you have any methods to stop hackers?
by мега войти