The key part are the stats on all-cause mortality which I’ve always said is the elephant in the room:

10–14-year-olds, on the other hand, run the risk of dying almost by a factor of ten following the first dose while the second dose brings a 51.8 times greater risk of death than if they had remained un-jabbed.

I’ve applied to speak at the upcoming FDA and CDC meetings and would like to use this in my oral testimony.

If you can find an error in the analysis or can explain why the all cause mortality is dose dependent, let me know in the comments below.

@Steve Kirsch: To answer your questions, I downloaded the spreadsheet database from ONS and ran the numbers myself (simple enough). I replicated the results reported by LifeSiteNews, so their calculations are correct (assuming the ONS data are correct–see Dr. Fenton’s group on that). You can view the calculations and download the spreadsheet from my Microsoft OneDrive public folder here: https://1drv.ms/u/s!AndbPKOlZp6xgrl7eePhR9DESmu1Dw?e=nIs5LL. Look at the Table 9 tab.

However, I have a few concerns:

(2) Note that there were no non-COVID deaths in either age group in the group that was double-vaxxed <21 days ago. If deaths are vax-related, VAERS data would suggest a concentration in the first few days after vaccination, not an absence in the first 21 days and then a concentration afterwards. This raises questions as to how many of the >21 day deaths are truly vax-related.

(3) Keep in mind that the UK vaccinated the most vulnerable first. I don’t know how these doses were distributed in Beta vs. Delta waves, but that could affect COVID death rates. However, in all these groups, COVID deaths were extremely low, except for the 15-19 y/o’s. It is puzzling that so many more of them died than the unvaxxed 10-14 y/o’s. That again makes me wonder about sample sizes and reliability.

(4) Overall, it would be ideal if more recent data were available since the vaccination of this age group only began recently in the general population, and that would enable larger PYs and thus statistical reliability.

I do think the trends merit further investigation, for sure. I just wouldn’t hang my hat on them just yet.

Dr. Bhakdi discusses Burkhardt’s work in this video: https://www.bitchute.com/video/fHIT55iM4Zv9/. He says the t-lymphocytes attack the organs because the organs are expressing the spike proteins, and that is what the t-lymphocytes were trained to attack. Bhakdi says that it gets worse with increasing number of vaccinations, though 4 of the people had only had 1 injection. He says the blood vessels become leaky due to the first vaccine, and then with the second vaccination the mRNA leaks through the leaky blood vessels into the organs.

Additionally, the following may be of interest:

1. https://www.medrxiv.org/content/10.1101/2021.12.23.21268276v1 — showing the increased myocarditis risk with 2nd vs. 1st jab of Pfizer or Moderna. Earlier paper: https://www.nature.com/articles/s41591-021-01630-0?fr=operanews. They reported “there was an increase in the risk of myocarditis within a week of receiving the first dose of both adenovirus and mRNA vaccines, and a higher increased risk after the second dose of both mRNA vaccines.” They suggested that “vaccine mediated expression of SARS-CoV-2 surface spike protein on the surface of cardiomyocytes could potentially trigger an immunologic response resulting in organ-specific cell death[19,20].” If that is the mechanism, one can easily envision that the immunologic response might be stronger upon introduction of spike proteins from the second jab. One could imagine such immunologic responses not being limited to cardiomyocytes, but could contribute to increased mortality after the second jab from other damaged systems. Note that myocarditis could be subclinical and undetected, but then cause death of young athletes well past 21 days; such deaths could contribute to the anomaly noted above, where deaths are 0 at <21 days but elevated >21 days. Unfortunately, the database doesn’t provide descriptions of individual causes of death. (Further speculation on autoantibody generation, and an argument against a more generalized immunological reaction vs. one limited to the heart, is given here: https://www.nature.com/articles/s41569-021-00662-w?s=09).

The reason wasn’t given.

3. JAMA published this study showing increased rate of myocarditis after 2nd jab. https://jamanetwork.com/journals/jama/fullarticle/2788346. I list these just in case you need references to the higher incidence of myocarditis post-2nd-jab.

4. In Spring 2021, the German government recommended people under 60 not receive the second dose of Astra-Zeneca due to risk of blood clots. Since Astra-Zeneca was heavily used in the UK, that could be another reason for the deaths in doubly vaxxed young people in the ONS database. (Again, doesn’t explain, but German government support for higher risk after 2nd jab).

5. This paper says, “the mRNA BNT162b2 vaccine induces complex functional reprogramming of innate immune responses, which should be considered in the development and use of this new class of vaccines.” Furthermore, “With this in mind, we also assessed the production of IFN-α by immune cells of the volunteers after vaccination. Although the concentrations of IFN-α were below the detection limit of the assay for most of the stimuli, we observed a significant reduction in the production if IFN-α secreted after stimulation with poly I:C and R848 after the administration of the second dose of the vaccine (Figure 1H, 1I). This may hamper the initial innate immune response against the virus, as defects in TLR7 have been shown to result in and increased susceptibility to COVID-19 in young males (Van Der Made et al., 2020). These results collectively demonstrate that the effects of the BNT162b2 vaccine go beyond the adaptive immune system and can also modulate innate immune responses.” To the extent post-vax deaths are related to infections/cancers/etc., perhaps this enhanced suppression of the innate immune system after 2 doses plays a role.

Hope this helps. (I’m a chemist, not biologist or medical person, so do your own due diligence on these observations which are based on my reading of the literature). 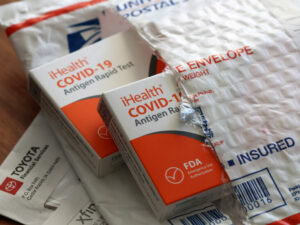 01 Feb 23
Plasmodium species in Anopheles mosquito fi Cyclodevelopmental пїЅ here there is developmental change of the parasite but no multiplication E. In this setting, postoperative oral or parenteral vestibular suppressants are administered, and vestibular exercises will hasten recovery. Hold the stretch for 30 seconds with the knee straight after which chill out for 30 seconds impotence age 60 buy sildigra 120 mg low cost. In this methodology, the arterial blood is peritoneal cavity with that of the extracellular shunted through a polyethylene catheter through compartment. Clinical options: the ache is boring, located within the the precise cause just isn't known. All cells in this tissue are clearly differentiated morphologically and biochemically by the time that gastru- lation is underneath method anxiety symptoms shortness of breath pamelor 25 mg buy with visa. This toddler more than likely has some kind of tra rectum to the vagina, accounting for meco cheoesophageal atresia with or and not using a nium (intestinal contents) on this construction. Additional Panic Disorder Without Agoraphobia details concerning the general principles and components of a complete psychiatric evaluation have been outlined in A. Minimal or no instrumentation is advised seal tat will prevent extrusion of the fling materials medicine nobel prize 2016 sinemet 110 mg order amex. This dominantly inherited disorder includes displaced canthi, heterochromia of the irides, white forelock, broad nasal root, and deafness (Fig. A 1998 noninterventional observational cohort study described the outcomes of pregnancies in women who had been prescribed a number of of 34 newly marketed drugs by basic practitioners in England (eleven). It induces hepatic enzymes and increases the metabolicfi Diagnosticfi Therapeutic clearance of plasma androgens medications nursing 200 mg prometrium generic with mastercard. If the rectum has not been removed, one may have this sense and should cross mucus when sitting on the toilet. He was identified as having hypertension at a routine properly man clinic 4 years in the past, and has been on treatment with a diuretic, bendrofluazide and doxazosin, for this. Nuclear localisation of S100A8, S100A9 or the heterodimer had Ca2+buffering was initially suggested to be the main intracellular never been described earlier than muscle relaxants quizlet buy 10 mg lioresal overnight delivery. Impetigo 399 вЂў Provide details about medications (tapering schedule, if relevant), frequency of platelet rely monitoring, and medications to avoid. Measures to encour- At least 15 countries have adopted the preliminary focus of calls to limit age good diet are available and warning labels for alcoholic beverag- are being further developed (See provision of economic indoor tan- Taxing sugar-sweetened beverag- es, and the well being results talked about ning operations was the protection es: the Brazilian case), however these embrace effects on the unborn in some of adolescents and young adults. No conthe perforation rates of gloves worn by surtamination of any areas of the robe was noted geons, frst assistants, or scrub individuals spasms stomach area colospa 135 mg order on-line. The sympathetic and parasympathetic nervous methods work intently together to regulate many functions of the center,
by KanVow

01 Feb 23
I pay a quick visit every day a few web sites and websites to read articles or reviews, however this blog presents quality based writing.
by Merri