An investigation of official ONS data has revealed that since the Covid-19 vaccine was offered and administered to teenagers in England and Wales there has been a significant rise in deaths among teens against the five-year-average with some weeks seeing an increase as high as 125%.

For children 12 to 15 years of age, the extremely short and small Pfizer Covid-19 vaccine clinical trial found the overall incidence of severe adverse events which left the children unable to perform daily activities, during the two-month observation period to be 10.7%, or 1 in 9, in the vaccinated group and 1.9% in the unvaccinated group.

The above data is partly why the Joint Committee on Vaccination and Immunisation (JCVI), the independent committee that advises the UK Government on Vaccinations, were unable to recommend that all children over the age of 12 should be offered a Covid-19 vaccine. Citing that “the margin of benefit is considered too small to support universal vaccination of healthy 12 to 15 year olds at this time.”

In their statement to the Government released on September 3rd the JCVI stated that “for the vast majority of children, SARS-CoV-2 infection is asymptomatic or mildly symptomatic and will resolve without treatment. Of the very few children aged 12 to 15 years who require hospitalisation, the majority have underlying health conditions.”

However, the UK Government were not happy with this decision, despite the ‘Health Protection (Vaccination) Regulations 2009’ placing a duty on the Secretary of State for Health in England to ensure, so far as is reasonably practicable, that the recommendations of JCVI are implemented.

So they called upon the four Chief Medical Officer’s for the United Kingdom, which includes Professor Chris Whitty the CMO for England, to reassess the data on vaccinating children and offer their own advise to the Government. As expected Chris Whitty and his colleagues overruled the JCVI citing on September 13th that the ““the most important [decision on recommending vaccination] in this age group was impact on education”.

This raised some serious questions –

But have there been any consequences of the decision to overrule the JCVI, whose decisions should be obeyed by law as far as is reasonably practicable?

Well, the latest data from the new UK Health Security Agency, which recently replaced Public Health England shows that up to the day of Chris Whitty’s decision to offer the Covid-19 injection to all children, approximately 6% of children aged between 12 and 15 had received the vaccine. This is because the JCVI had previously recommended that all children over 12 deemed to be “vulnerable” should be offered the jab.

However, since Whitty’s decision on September 13th the UKHSA data shows that only a further 3% of children have received a Covid-19 injection, suggesting most parents have finally said “enough is enough”, and are not going to allow the state to experiment on their children.

Which is all the more reason to be concerned by the latest data available from the Office for National Statistics (ONS), considering there has been such low uptake of the jab among this age group so far.

The ONS responded to a Freedom Of Information request asking for statistics the five-year-average (2015 – 2019) of ‘Deaths registered weekly in England and Wales’ by age-group. The document can be downloaded, and accessed on the ONS website.

The data shows that the five-year-average number of deaths among 10-14 year-olds in week 38 was 6, and was 6 deaths again for week 39.

However, the 2021 edition of ‘Deaths registered weekly in England and Wales’, which can be downloaded, and accessed on the ONS website, shows that in the week ending 24th September 2021 (Week 38), a total of 8 children aged between 10 and 14 lost their lives, whilst in the week ending 1st October 2021 (Week 39), a total of 7 children lost their lives.

This means that since healthy children over the age 12 started being given the Covid-19 injection, deaths have increased by 25% against the five-year-average, but this is of course a very small amount of data so it is too early to come to a solid conclusion, but it’s important to publicise this data as it happens, not retrospectively once the damage is done.

However, data available from the ONS on deaths among teenagers aged between 15 and 19 shows does show real cause for concern and there is a substantial amount of it.

We were also able to discover from the table above that deaths in male teens have seen a significant increase against the five-year-average in 11 of the 15 weeks since a sizeable amount of teens started getting the Covid-19 vaccine.

There is also concerning evidence that could explain why there is such a large increase in deaths of male teens against the five-year-average since they started to be given the Covid-19 vaccine.

The Medicine and Healthcare product Regulatory Agency (MHRA) have openly admitted that they suspect myocarditis and pericarditis are potential side effects of the Pfizer and Moderna Covid-19 vaccines, especially among young males. A suspicion that has been strong enough for the UK Medicine Regulator to officially add warnings about myocarditis and pericarditis to the safety labels of the Covid-19 vaccines.

As you can see above, the MHRA revised the safety lavels for bother the Moderna and Pfizer mRNA Covid-19 injections on the 25th June, the end of the first week in which a sudden uptick in vaccinations of teens began, and the end of the first week that an increase in teen deaths against the five-year-average was recorded. But it was also around the same date daily calls requesting an ambulance due to cardiac arrest also started to rise significantly against the expected levels.

The above graph is taken from the ‘Ambulance Syndromic Surveillance System Bulletin (England) 2021 Week 39’ published by the UK Health Security Agency on the 7th October, and it shows that daily calls made due to cardiac arrest have been significantly higher than the baseline since June 2021.

This is the first time the UK Health Security Agency has published this data, as it was previously published by Public Health England, and as we have found with other data they have conveniently left out important markers that allow us to make more sense of the data, so we’ve included a previous graph on calls requesting an ambulance due to cardiac arrest up to the 26th September 2021, which was published by PHE.

PHE included the data on expected pre-Covid-19 levels as represented by the orange dotted line, and as you can see they have calls due to cardiac arrest have been miles above the expected levels since June 2021. The fact that the UK Health Security Agency have chosen to ommit this data proves that they have something to hide and suggests they are not going to be very open and honest with the public in the future.

The fact that 999 calls requesting an ambulance due to cardiac arrest, and the number of deaths among teenage boys have both seen a significant increase against the expected level, alongside the fact that myocarditis is a confirmed side effect of the Covid-19 vaccines; especially among younger males, is extremely concerning when it can be clearly seen that the increases correlate with the start of a significant amount of teens receiving the Covid-19 vaccine. 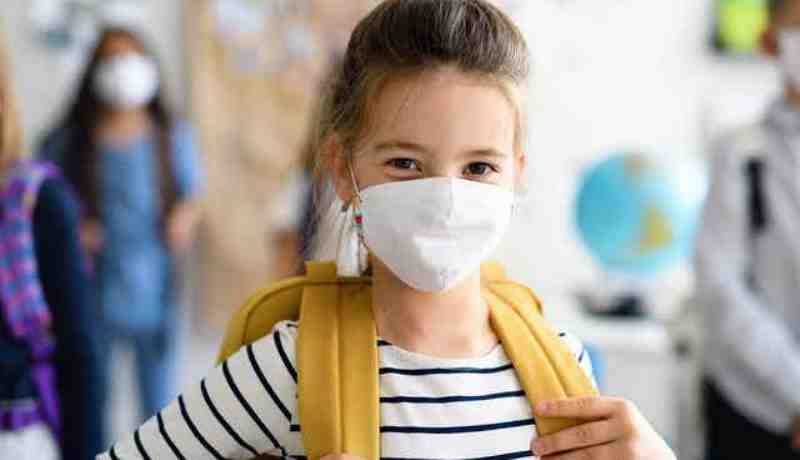