Due to a FOIA request, we now finally know that safety signals for 770 serious adverse events triggered, but the CDC ignored them. Will there be an investigation? I doubt it. The CDC can do no wrong.

Safety signals were generated in the VAERS system for death and 769 other severe adverse events. The CDC ignored all of them based on exactly the same bullshit reason that they used 13 years ago with HPV that is just “over reporting.” But there is no evidence whatsoever there is “over reporting.”

We’ve done direct physician office surveys and nobody is overreporting. In fact, every piece of evidence shows that there are more reports because the vaccine is so dangerous. Look around you at all the “sudden deaths” and the vaccine injured stories and ask yourself, “Is that overreporting”?

In addition, over 500 reports had a larger signal than myocarditis which is an acknowledged signal, so they can’t hide behind an “over reporting” excuse.

They claimed they looked at all the deaths but didn’t find an association with the vaccine. But they never did the proper tests to actually see if there was vaccine involvement in the deaths. They simply looked the other way. Contrast this with the Schwab paper where they found at least 14% of the deaths post-vaccine were likely caused by the vaccine. How can the CDC find 0 in 15,000 deaths? Answer: when those people’s job’s depend upon finding the politically correct answer.

When confronted with the fact that that the death, they gaslit the doctor who asked them about it rather than acknowledging the death safety signal triggered. This was deliberate. This was a top CDC official that responded.

The latest Rasmussen Reports national telephone and online survey finds that (49%) of American Adults believe it is likely that side effects of COVID-19 vaccines have caused a significant number of unexplained deaths, including 28% who think it’s Very Likely. 28% of Americans know someone who is vaccine injured.

That is unprecedented! Again, they knew there were huge safety issues because they had the V-safe data, so they knew the VAERS events weren’t over reported.

Here’s what you can do:

In addition, the fact checkers should all “fact check” the CDC on their bogus claim of over reporting which has NO evidence to support it.

And finally, the professional “debunkers” including Professor Jeffrey Morris, Jonathan Jarry, David Gorski, ZDoggMD, “Debunk the Funk,” and others should immediately go after the CDC for dismissing all these safety signals without citing any evidentiary support of the excuse of “over reporting.” Will they? No chance.

Will Paul Offit say anything or just stand idly by and say nothing? Will Eric Topol speak up? Will Sanjay Gupta say nothing about this and remain silent? I think you can bank on all of them to ignore this.

Will hospital CEOs say anything, or simply remain silent about the corruption.

This must not be allowed to stand. The death reports in VAERS represent 500,000 deaths. All the authorities are silent about this and nobody in the world has been able to explain it.

You don’t have to believe me. Pick 10 VAERS death reports at random. See if any of them could not be linked with the vaccine. When we did this test, we found they all were consistent with a vaccine-caused death. Will any fact checker do this on a livestream? No way.h

Read this article CDC Finally Released Its VAERS Safety Monitoring Analyses for COVID Vaccines via FOIA. It highlights what I have been saying for a long time:

In particular, here are just the top three bullet points:

The CDC decided not to take action on any of these reports because they simply dismissed them out of hand without investigating them that they must be due to overreporting.

This is irresponsible because they had absolutely no evidence for making such a preposterous claim. There is no evidence of this because all the evidence shows that people

When Dr. George Fareed asked about the death safety signals, they lied and claimed that only a few signals were found

On November 23, 2022, I reported on how the CDC sidestepped hundreds of safety signals when Dr. George Fareed asked them about it.

They knew the death safety signal was trigged and said nothing.

They knew over 770 safety signals had triggered and said nothing.

All you have to do is look at this one graph. If everyone “suddenly knew” about VAERS in 2021, then why isn’t that the reporting rates for every other vaccine didn’t move at all? Yup, they can’t explain that, they can’t explain our doctor surveys (showing doctors aren’t reporting at a greater rate), and they can’t explain how all the redpill doctors we are reporting a dramatic increase in events because there are more events. One doctor I know went from 0 VAERS reports a year (for the past 11 years) to over 1,000 for the COVID vaccine in 2021. Was it because she was more aware? Nope. It’s because there were far more events for this vaccine.

They used the same “oh, it’s just over reporting” before, 13 years ago. It’s exactly the same playbook. And they had no evidence back then either.

Here’s an small excerpt from the Turtles book on page 115:

and says they had no “evidence-based explanation,” and relied on speculation without even bothering to lift a finger to validate whether their speculation was true or not:

13 years later, they are doing the same thing that they did with the HPV vaccine: creating an excuse that is not backed by any evidence and dismissing 770 serious events with a wave of the hand.

I asked 20 top scientists to speak out about this, but only one of them was nice enough to send me this note:

I will remain silent because I don’t have the time to investigate these issues in the depth required for me to criticize (or praise) them for their decision.

Best wishes to you and your family for health and meaning in 2023.

The CDC ignored 770 safety signals in VAERS and didn’t tell the public about any of them, including the death safety signal.

They use a hand-waving excuse for ignoring the safety signals.

Who needs evidence when NOBODY is holding you accountable?

Nobody is ever going to speak out about this because it isn’t their job. They are just going to let people die.

The mainstream press will not report on it either. If you tried to write the story, they will fire you. 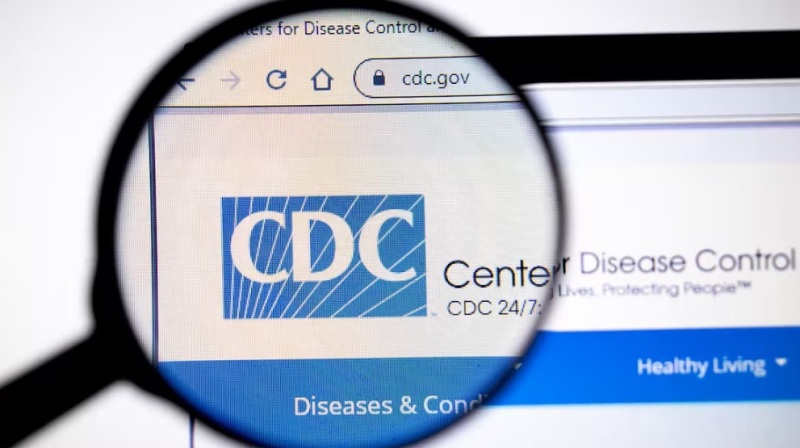 PrevPreviousEven The Mainstream Media Is Now Admitting That “The Earth Is Suffering A Crisis Of Mass Extinction”
NextMass Layoffs and Bankruptcies Happening… The Market Wants to Trap you Before the Next Big Move… The Public is in the Dark, This Could be the Worst Financial Event Anyone has Ever SeenNext

08 Feb 23
Before KDOL refers a debt to the Treasury Offsset Program, iit will send the debtor all due procsss notices concerning the debt. Feel free to visit my blog post :: 유흥업소알바
by 유흥업소알바

08 Feb 23
Just beyond Mystic Lake’s lights, 18 holes on The Meadows at Mystic Lake’s championship course meander through the Prior Lake countryside. My web site 카지노 환전
by 카지노 환전

08 Feb 23
Social and sweepstakes casinos are completel legal in Arizona. Feel free to surf to my site 카지노필승법
by 카지노필승법