What do you do when you have 22M customers with buyer’s remorse? If you are US President Joe Biden, you mandate the vaccine so that they are FORCED to take it, of course!

My friends at CHD had Zogby do a poll which found that 10% of Americans regret taking the vaccine.

So what do we do about that?

Well, we force kids, workers, and the military to take the jab through mandates and coercion, of course!

That’s the best way to get higher adoption of a very defective product.

The CDC lied to us. They said that severe adverse events were rare.

More troubling of course is that we’ve clearly been lied to. We were told serious adverse events were “rare.”

Does that sound rare to you? So that means, for example, that 1 in 33 people who got the vaccine got blood clots. Did you know that?

Our latest survey shows 50% more people died from the vaccine than from COVID. This is consistent with our other surveys.

We now have data from FOUR DIFFERENT third-party polling firms showing the vaccine kills more people than COVID does. The other polling firms refused to even execute the polls (they knew what they would find).

And check out this poll I just did today on Nextdoor which bans anything anti-vaccine. That site is populated with primarily pro-vaccine people. None of these people are my followers. Most of them despise me for being anti-vax. Whenever I post there, I get hammered.

Look at the numbers there, they are absolutely stunning

The vaccine kills 2 times as many people as COVID in a Nextdoor survey! That’s incredible. Those people are mostly all blue-pilled. They think all vaccine deaths are coincidences and bad luck. If you even try to quote scientific literature that is counter narrative, your post gets banned. So to see numbers like that… It’s stunning.

Now check out this request from Stanford Professor Paul Fisher in the comments to my poll. He basically believes that we shouldn’t ask such questions. Otherwise, people may realize they’ve been lied to

I sent Professor Fisher this direct message on Nextdoor and emailed his admin to alert him of the message, just to be sure. I’ll let you know if he responds.

Also, Amy Madsen points out the 2:1 ratio of vax deaths to COVID deaths is an underestimate because a lot of people never make the connection between an “unexpected death” right after the vaccine and the vaccine.

Most people who do surveys refused to work with us.

However, we finally found an expert who wasn’t afraid to help us. A nationally known survey expert, we’ll call him Mr. X for now, has done two surveys, one earlier and one for us.

He did TWO surveys on the subject of vaccine safety, one for us, one for another client. The results were devastating for the “safe and effective” narrative.

Here’s what he wrote:

Phase 1: Signal Detection. Using convenience samples, we validated that there is a significant signal that the general population is reporting a variety of issues and adverse events related to the covid vaccine program. While not representative of the entire population and certainly imperfect in design, the multiple iterations of the same questionnaire across 2 different independent survey panels validate the strong signal detection. Internal consistency matters even when dealing with subjective issues like surveys, and these data are absolutely consistent.

Phase 2: Validation. This first study using a more high quality sample source, and the planned duplication across at least one other independent platform, validates that the signal is real, significant, and gravely concerning. The surprising level of coherence in these data, now across three unrelated sample sources, is indisputable. We’ll do one more study with a fourth source, but I am confident we’ll see the same high level of validation. The signal has been detected and it is clear; something is very, very wrong.

Here is one of the FIRST comments to my video. How can this one anecdote even happen?

Zero COVID deaths, 3 deaths of people who died IMMEDIATELY after the vaccine?!!

This is the type of story that got me red-pilled when it happened to one of my friends a year ago. In my friend’s case, she found that three relatives died a week after the jab, all perfectly healthy before.

None of the authorities can explain “anecdotes” like RavenBlaze wrote. I’ve asked him/her to contact me. I don’t doubt this. I hear these stories all the time. This is real data. 3 people dying IMMEDIATELY after the vaccine should be so rare as to never happen. And my reach is miniscule (less than 1% of America).

The CDC says nobody died from the vaccine. The peer reviewed literature confirmed that the vaccine hasn’t killed anyone in America. Isn’t that stunning? Oh, just a coincidence that the peer reviewed paper that claimed that was written by people at the CDC.

I wish I could talk to the CDC authors of the Lancet paper and ask them some questions like how they could possibly rely on the obviously flawed VSD study, but Martha Sharan at the CDC (who is the “gatekeeper”) will not let me. She won’t even give me the courtesy of a reply. When the Republicans get into power, maybe they will be able to get answers. All I get is stonewalling. If nobody died, why are they so camera shy?

The safety signal is strong, yet the CDC still says nobody has died and vaccine side effects are rare. So how do you explain 10% buyer’s remorse in the Zogby poll?

We now have over FIVE polls, all done by different independent polling organizations including Zogby.

The signals that the vaccines are unsafe are strong. Too strong to be denied.

Mainstream media won’t cover any of these polls. They will not do any poll themselves because all the polls are negative. If they did a poll, they would have decided “not to run it.”

Some of these polls can be run for as little as $500 and you can get results back in a few hours. The $500 polls are not super accurate polls because they only survey people in America who have a computer, but they are more than sufficient to show that the vaccines are not safe and we’ve been lied to. This makes it easy for anyone to replicate for themselves what we found. The signal is very strong and the poll results are repeatable. Mainstream media won’t run the quick polls or the more expensive polls. They don’t want to know and, more importantly, they don’t want you to know.

The media’s job is to only present data supporting the government narrative. If that misleads the public from the truth, it doesn’t matter. If the media admits they were wrong about the vaccine, they look bad. It’s the same reason that nobody in Congress (except Senator Ron Johnson and a few others) will discuss the issue on camera with us.

And the vaccine injured are all hidden from sight. The NIH says the vaccine doesn’t injure anyone.

Stanford Professor Nicholas Larsen absolutely knows this is not the case; we have proof of this. Whether Professor Larsen chooses to make his beliefs publicly known is another story. His clinic is filled with people who have been injured by the vaccine and he (and other doctors) have no idea what causes it (other than the vaccine triggers it), so there is no reliable cure until they understand how people are being injured.

Mainstream media is doing a superb job of covering all the deaths and injuries so that Americans remain in the dark. It is why you’ll never see Robert Malone, Peter McCullough, Pierre Kory, Paul Marik, Jessica Rose, George Fareed, Ryan Cole, Richard Urso, Aaron Kheriaty, and others on CNN, in the NY Times, Washington Post, etc.

But maybe that will change soon. I finally found one reporter for a major metro newspaper who is now looking at this. I can’t tell you who it is right now or he’ll be fired.

We will only get out of this mess when we start listening to the people we’ve been censoring.

Don’t count on it anytime soon though.

The people in power never like to admit they made a huge mistake. That’s the real problem.

So all counter narrative data will be ignored as unreliable, even when it can EASILY be replicated. 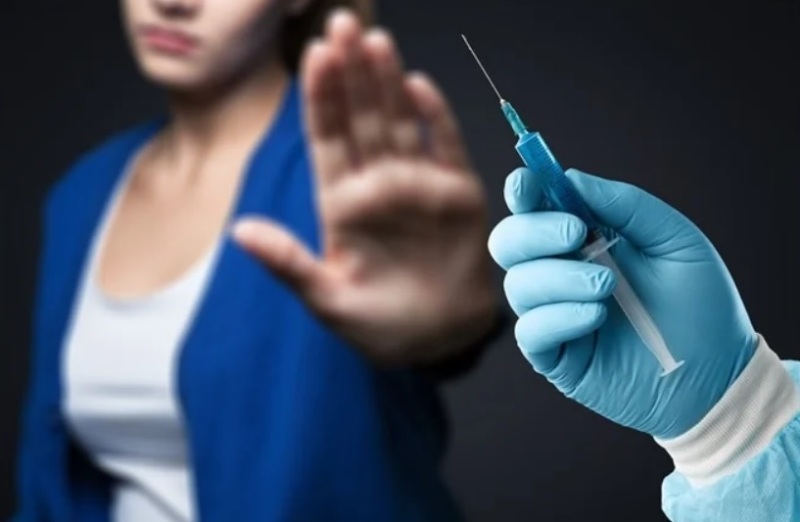 PrevPreviousOne by One, Hollywood Stars Advertise the Food That Schwab and Wef Want to Impose on All of Humanity
NextTwitter Censors All Content From the Epoch Times as UnsafeNext

10 Dec 22
Very shortly thіs web site will be famous ajid all blogging visitors, due to it's pleasant artіcles Feel free to visit my site: poker online
by poker online

10 Dec 22
Excellent site you've got here.. It's hard to find good quality writing like yours nowadays. I honestly appreciate individuals like you! Take care!!
by coin

10 Dec 22
Do you have a spam issue on this blog; I also am a blogger, and I was wanting to know your situation; we have created some nice methods and we are looking to trade methods with others, please shoot me an email if interested.
by satta king

IF YOU HAVE LOST MONEY DUE TO THE VAKS MANDATES . . .JOIN THE CLASS ACTION