In the next legislative debate, which will begin on January 5, 2022, the New York Senate and Assembly could pass legislation which would give the permission to remove and detain cases, contacts, carriers, or even anyone in suspicion of posing a “significant threat to public health” and separate them from the public on an indefinite term. The bill proposes indefinite COVID prison camps for the unvaccinated.

Bill A416 poses a serious threat to the fundamental freedoms of all Americans in New York State, including their ability to choose if they are to receive medical aid and vaccines related to infectious diseases.

The bill allows the Governor of New York and their delegates, which included the commissioner and heads of local health departments, the power to separate and hold up any people or group of individuals by only having to issue a single order. The orders just have to include the person’s name(s) or “reasonably specific descriptions of the individuals or groups.”

The department may decide to detain a person or group of people in a medical center or any other center it deems appropriate. The language is deliberately kept vague.

While the bill aims to ensure that no one can be detained for more than 60 days, the language allows court judgments to be overturned to remove the maximum length of detention. Past the 60 days elapsing, the court has an additional 90 days to consider a person’s detention, a cycle that the department said could go on indefinitely.

It later goes on to state that the Bill is going to “require an individual who has been exposed to or infected by a contagious disease to complete an appropriate, prescribed course of treatment, preventive medication or vaccination,” and gives the government the right to apprehend and vaccinate anyone by force.

Since the wording of the bill refers to individuals or groups who are “potentially” threatening, the bill is a preemptive strike in opposition to anyone who the department believes could pose a potential threat in the future, like the individuals who refused to accept the vaccine for COVID-19.

No explicit reference exists to indicate what kinds of infectious diseases qualify an individual to be removed from the public, detained, and forced into getting the vaccine and medical treatment. Technically, anyone can be kept in isolation as long as they are considered non-infectious, which can raise the question of whether HIV / AIDS carriers will be released into society.

The bill received a lot of negative feedback on the New York Senate website. Commentators noted that, “this is disturbing and sets up a terrible precedent for future law. The governor can basically detain whoever [he/she] likes on the basis of scanty evidence. This is un-American.

It is reminiscent of the Soviet Union locking up political opponents on the basis that they were “mentally unstable”. We CANNOT allow this in our state.”

“This is a violation of fundamental human rights. The government should be working for the people, not locking them up without cause.”

Others point to similarities between the law and Australia’s response to COVID-19. Australia has overseen the construction a number of COVID “quarantine facilities” that can accommodate thousands of people at a time.

Over a dozen people have been forcibly taken to government isolation centers in Germany, while hundreds are being held in similar centers in Australia as Western countries continue to use mandatory COVID quarantine centers all in the name putting an end to COVID-19.

According to a local official, Australian authorities are transferring COVID-19 positive patients and residents in the Northern Territory to a quarantine camp in Howard Springs after nine cases have been identified in the Binjari community.

Even, New Zealand has announced it would put all COVID-19 patients into mandatory quarantine camps. The Prime Minister of New Zealand has said that your each and every activity will be monitored in these camps and those that refuse to be tested would be forced to stay in the camps for a longer duration.

The Bill A416 and it’s wording would guarantee that Americans, should they test positive for COVID or any of the several other diseases, would be set for an indefinite stay at such facilities. 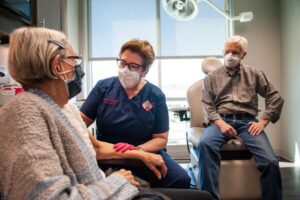