Hospitals are paid millions to hit targets for the number of patients who die on the Liverpool Care Pathway, the Mail can reveal.

The incentives have been paid to hospitals that ensure a set percentage of patients who die on their wards have been put on the controversial regime.

In some cases, hospitals have been set targets that between a third and two thirds of all the deaths should be on the LCP, which critics say is a way of hastening the deaths of terminally ill patients.

At least £30million in extra money from taxpayers is estimated to have been handed to hospitals over the past three years to achieve these goals.

Critics of the method warned last night that financial incentives for hospitals could influence the work of doctors.

The LCP involves withdrawal of life-saving treatment. Patients are sedated and most are denied nutrition and fluids by tube. On average a patient put on the Pathway dies within 29 hours.

One of the leading critics, hospital consultant Professor Patrick Pullicino, said: ‘Given the fact that the diagnosis of impending death is such a subjective one, putting a financial incentive into the mix is really not a good idea and it could sway the decision-making process.’

Yesterday the Association for Palliative Medicine, which represents doctors working in hospices and on specialist hospital wards, announced it is organising an inquiry into the method.

The LCP is intended to ease the final hours of patients who are close to death and to spare them the suffering associated with invasive treatment.

Payments to hospitals to introduce it are made through a system called Commissioning for Quality and Innovation, or CQUIN, which channels money to hospital trusts through NHS ‘commissioners’.

The use of CQUIN payments to encourage the spread of the LCP through the wards and to persuade doctors to meet Pathway targets was revealed in answers to Freedom of Information requests.

Among trusts that confirmed the use of targets was Aintree University Hospitals NHS Foundation Trust, which said that in the financial year which ended in March the percentage of patients who died on the Pathway was ’43 per cent against a target of 35 per cent’. 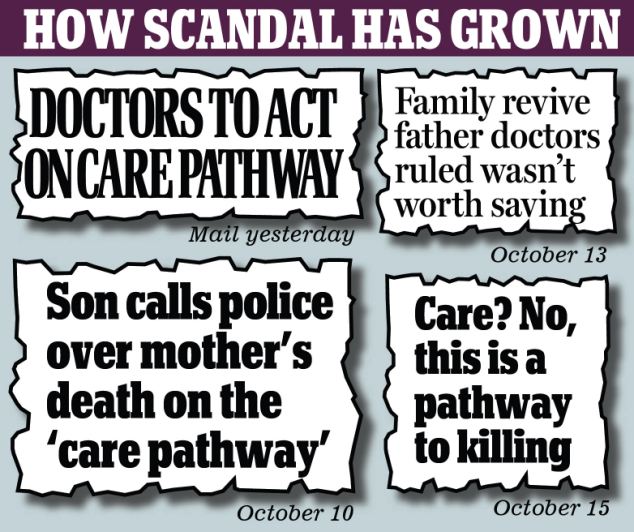 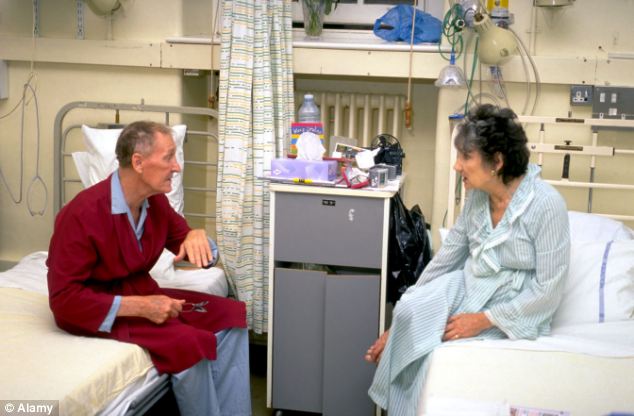 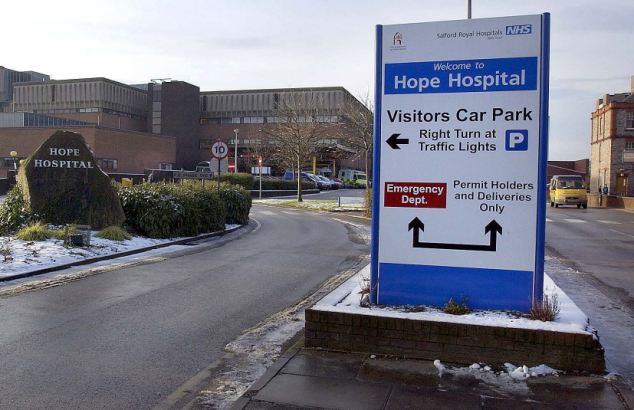 The Trust was offered £73,385 for increasing numbers of patients who die at home rather than in hospital.

Part of the scheme was a target for the number of patients discharged from hospital to die at home after being put on the Liverpool Care Pathway.

FOI replies so far received by the Mail suggest that if the money paid by NHS commissioners were spread equally around all NHS acute hospitals, it would mean £30million has been sunk into the campaign to put the Pathway into universal use since 2009.

The Department of Health defended LCP payments by target last night. A spokesman said: ‘It is right local areas try to improve the care and support offered to dying people as it means patients are more comfortable and treated with dignity in their final days and hours.

‘We are clear the Liverpool Care Pathway can only work if each patient is fully consulted, where this is feasible, and their family involved in all aspects of decision-making. Staff must properly communicate with the patient and their family – any failure to do so is unacceptable.’

But Dr Tony Cole, chairman of the Medical Ethics Alliance pressure group said: ‘If death is accelerated by a single day that will save the NHS nearly £200 – that is the estimated cost of a patient per day in hospital.

‘My position on the LCP is that it is inherently dangerous and unnecessary.’

19 May 22
Someone essentially lend a hand to make severely articles I'd state. That is the very first time I frequented your website page and to this point? I surprised with the analysis you made to create this particular submit extraordinary. Magnificent job!
by KuCoin