Just a few months before the Wuhan coronavirus (COVID-19) was publicly announced, scientists from the Massachusetts Institute of Technology (MIT) announced the completion of a Mark of the Beast “tattoo” technology for children to keep track of their vaccination records.

The microchip, which can be implanted directly into the skin, was designed with special invisible dye that can be picked up with a special mobile phone filter. That dye is not visible to the naked eye.

Lasting up to five years, this dye is detected using near-infrared light, which is shined onto the skin in the area where it was injected. It has already been tested on pigs and rats, and the presumable next step is to start injecting actual children with it.

Billionaire eugenicist Bill Gates called for this back in the early days of the plandemic, suggesting that digital jab “passports” for the Chinese Virus include people’s injection records.

“The system – which has not yet been tested in children – would provide quick and easy access to vaccination history, avoid the risk of clerical errors, and add little to the cost or risk of the procedure,” reported Scientific American, citing a study about the project that was published in the journal Science Translational Medicine.

Quantum dot tattoos to complete the Mark of the Beast system

Once again using the poor as an excuse to create an abomination like this, the scientists involved with the project claim that it will help developing countries to achieve better health outcomes in children.

“Especially in developing countries where medical records may not be as complete or as accessible, there can be value in having medical information directly associated with a person,” commented Mark Prausnitz, a bioengineering professor at the Georgia Institute of Technology (Georgia Tech), who was not involved in the research.

“This, I think, is a pretty interesting way to accomplish those goals.”

It also accomplishes the prophetic goal of merging people’s identifying information into a microchip injection or tattoo that can be scanned for purposes of buying and selling, accessing restricted buildings, driving and engaging in social activities.

According to MIT bioengineers, Robert Langer and Ana Jaklenec, small patches full of microneedles are first stamped on children’s skin to inject them with vaccines. After that, their proof of injection is stored on the other injectable components.

With the simple scan of the wrist, forehead, or wherever else these components are injected, the government can quickly check whether or not a child is “up to date” on the vaccine schedule, which now includes Fauci Flu shots.

“The team ended up using a technology called quantum dots, tiny semiconducting crystals that reflect light and were originally developed to label cells during research,” reported Scientific American. “The dye has been shown to be safe in humans.”

Not everyone is on board with the plan, as you might expect. Privacy experts say that there are risks involved with having people walk around with microchips in their bodies that contain all of their personal information.

Not at all a surprise is the fact that the Bill & Melinda Gates Foundation funded this Mark of the Beast research. It was launched because of a “direct request” from Gates himself, who claims he wants these microchips inside people’s bodies for the purpose of “eradicating disease.”

“If we don’t have good data, it’s really difficult to eradicate disease,” Jaklenec added in support of Gates’ agenda. 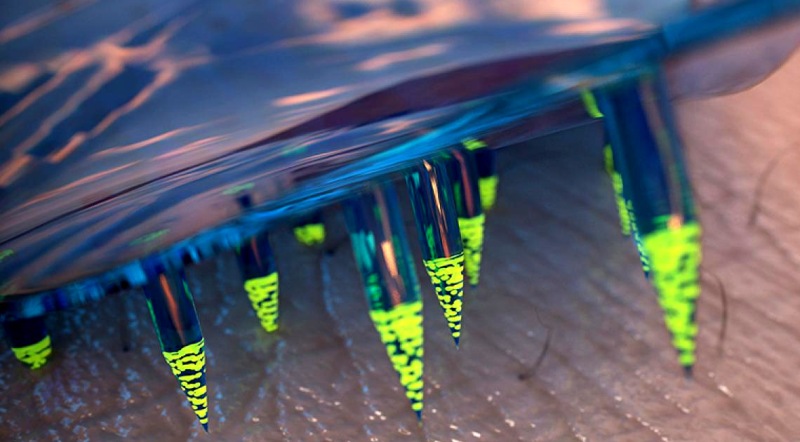 PrevPreviousKeep Complying, Idiots
NextLatest UKHSA Report Proves This Is a ‘Pandemic of the Fully Vaxxinated’Next