One of the main weapons the administration of President Joe Biden has used to fight against the COVID pandemic has been vaccine mandates.

The issue for the president is that we have a Constitution that says the government cannot impose its will on people in most cases, as he keeps learning in court.

The most recent example of this happened on Monday when a federal judge issued a temporary injunction that stopped the president’s mandate on 35 Navy SEALS who sued the administration, The Washington Post reported.

U.S. District Judge Reed O’Connor said, “Our nation asks the men and women in our military to serve, suffer, and sacrifice. But we do not ask them to lay aside their citizenry and give up the very rights they have sworn to protect.”

“The Covid-19 pandemic provides the government no license to abrogate those freedoms. There is no Covid-19 exception to the First Amendment. There is no military exclusion from our Constitution. This Court does not make light of COVID-19′s impact on the military. Collectively, our armed forces have lost over 80 lives to COVID-19 over the course of the pandemic,” the judge said in his decision.

But he said that the “loss of religious liberties outweighs any forthcoming harm to the Navy” and that “even the direst circumstances cannot justify the loss of constitutional rights.”

Pentagon spokesman John Kirby said Monday night that defense officials were aware of the injunction and reviewing it.

The troops — a group that included Navy SEALs and other members of Naval Special Warfare Command — filed suit against President Biden, Defense Secretary Lloyd Austin, Navy Secretary Carlos Del Toro, and the Defense Department to challenge the Navy’s vaccination requirement in November. The troops cited Christian beliefs that they should not take a vaccine developed from aborted fetal cell lines and saw a modification of their bodies as an “affront to their Creator.” Many Christians have sought vaccination, with Pope Francis urging Catholics to do so on humanitarian grounds.

The suit was filed by First Liberty Institute, a nonprofit that specializes in defending religious liberty. Michael Berry, a lawyer for the institute, said in a phone interview that the ruling “sends a clear message to the Biden administration, to the Pentagon and to the Navy that our service members do not give up their religious freedom when they serve their country.”

The judge said that the Navy does have a process by which a member can request a religious exemption but that “by all accounts, it is theater.”

“The Navy has not granted a religious exemption to any vaccine in recent memory,” he said. “It merely rubber stamps each denial.”

The decision comes after another federal judge on Saturday blocked the vaccine mandate for workers in the federal Head Start early education program.

The preliminary injunction by U.S. District Judge Terry A. Doughty, in a challenge brought by 24 states, also blocks the mandate’s requirement that Head Start students age 2 or older wear masks while indoors or in close contact with others.

“If the executive branch is allowed to usurp the power of the legislative branch to make laws, then this country is no longer a democracy — it is a monarchy,” U.S. District Judge Terry Doughty said.

“How far would they be able to go?” Doughty added. “Could the secretary mandate all children in the Head Start Program be vaccinated? Could the secretary mandate the parents and siblings of children in Head Start to take the COVID-19 vaccines? These examples may seem far-fetched, but so did the idea that vaccines could be mandated to millions of United States citizens.”

The judge continued, “A crossroad has clearly been reached in this country. If the executive branch is allowed to usurp the power of the legislative branch to make laws, then this country is no longer a democracy—it is a monarchy. This two-year pandemic has fatigued the entire country. However, this is not an excuse to forego the separation of powers.” 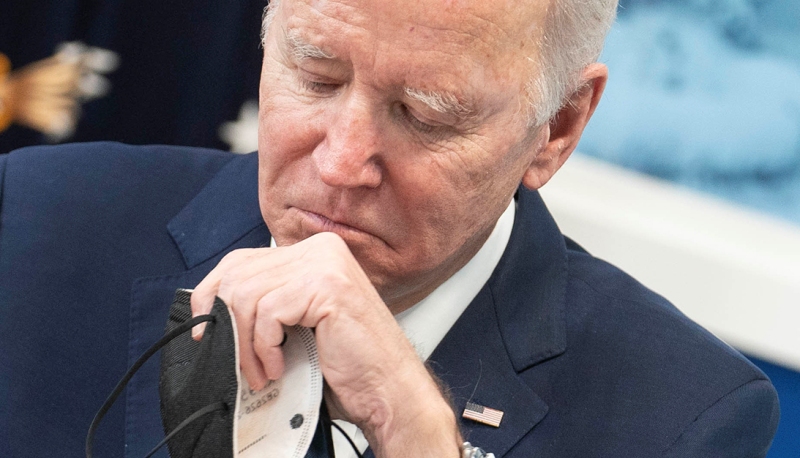 PrevPreviousBefore You Inject Your Child! A Decision That Is Irreversible!
NextDr. David Martin: Who “They” Are, the Names and FacesNext

19 May 22
core market darknet how to buy from the darknet markets https://darkmarketonline.com/ - darkfox market
by WendellTrear

19 May 22
buy generic propecia in australia
by Jimavast