An active-duty senior Army official told The Defender, on condition of anonymity, the U.S. Army is strongly considering pushing the June 30 deadline for compliance with the military’s COVID-19 vaccine mandate far into the future — but will not announce the date change until closer to, or even after, the upcoming deadline.

However, the Army’s vaccination rate is in fact significantly lower than 96%, an active-duty senior Army official with access to senior-level information told The Defender — so low, that if the Army were to enforce the deadline, the loss of up to 120,000 service members would render it “combat-ineffective.”

The official, who spoke on condition of anonymity, said the Army is strongly considering pushing the June 30 deadline much further into the future — but will not announce the date change until closer to, or even after, the upcoming deadline.

Concern about the number of unvaccinated service members was the topic of recent senior-level briefings, according to the official.

He said he’s blowing the whistle now because many service members who remain unvaccinated and/or who are “on the fence” about getting the vaccine may feel compelled to do so to meet the June 30 deadline — unaware the deadline may soon change.

He said by going public with this information now, service members who have not yet been vaccinated but who are feeling increasing pressure to get the COVID-19 vaccine may reconsider.

Real numbers of unvaccinated Army members ‘higher than anybody thought’

In March 2022, as the Army began to announce the initiation of separation procedures for unvaccinated soldiers, officials again claimed 96% of its service members were fully vaccinated.

Later that month, an article on the U.S. Department of Defense (DOD) website claimed “the entire force may be vaccinated for COVID-19 by early summer.”

According to the whistleblower though, the “real numbers of unvaccinated service members are way higher than anybody thought,” adding that while “everyone thought” the number of unvaccinated in the Army was approximately 8,000-10,000 members, it is actually around 120,000.

The document also notes that 80% of unvaccinated soldiers in the ARNG are age 32 or younger, with an average age of 26.2 and median age of 24.

The document also states “projected losses could drive [the ARNG] below 70% available strength.”

According to the document, “Current forecasts project unprogrammed, vaccination mandate-related losses to range from … 3-6% of assigned strength,” which would require an anticipated “seven-year effort at 1,500-2,000 ramp per year to restore [the] End Strength necessary to meet required Force Structure.”

In some states, such as Wyoming, the vaccination rate in the USAR is as low as 80.9%, according to the document.

The document also notes 65% of unvaccinated soldiers in the USAR are age 30 or younger, with an average age of 28 and a median age of 26.

“Supply and Services, Mechanical Maintenance, Engineer and Transportation career fields represent the greatest areas [of] concern for the USAR,” the document states.

The document recommends commanders counsel “every unvaccinated Soldier,” “explore [the] impact of Bars to Reenlistment” and “publicize [the] Novavax option as [U.S. Food and Drug Administration (FDA)] approves” as it “may appeal to some seeking religious exemptions.”

The number of unvaccinated service members in the ARNG and USAR is confirmed in a second document — an internal “information” document — that the whistleblower shared with The Defender.

According to the whistleblower, this leaves approximately 56,000 unvaccinated service members in the U.S. Army itself.

These figures refer only to the Army, the whistleblower said. He does not know the figures for other branches of the armed forces, such as the Navy, Marines and Air Force.

The reason most members of the Army thought the number of unvaccinated was much smaller, aside from the information provided via the Army’s official channels, is that the Army has been “very tight-lipped” about these figures, “not leaking [them] to anybody, even internally,” according to the whistleblower.

“Those who are not vaccinated are segregated, so it is hard to find out who isn’t vaccinated,” he said. “The Army has done a very good job of not letting that information be leaked across the service.”

As a result, according to the whistleblower, “sometimes you feel you’re the only one, that there’s only a few people left” who have not received the COVID-19 vaccine.

However, those who are unvaccinated and who are privy to the real figures are, as the whistleblower described it, “re-energized and encouraged” by these numbers.

Army will be ‘combat-ineffective’ unless it moves June 30 deadline

The whistleblower told The Defender the DOD still plans to separate the unvaccinated soldiers, but instead of enforcing the June 30 deadline, “what they are going to do is hold off on separating soldiers on July 1,” and “will most likely push that into 2023 at the earliest.”

The June 2022 Army document confirms this, as it proposes that a “phased approach to involuntary separation” for unvaccinated service members would begin on October 1, 2022, with a “mandatory bar to reenlistment,” while “mandatory involuntary separations for COVID vaccine refusal” would begin January 1, 2023, and “last up to approximately 2 years.”

The document also recommends “separations for Soldiers start in FY23 [fiscal year 2023] with a phased approach.”

The whistleblower said the later date and “phased approach” are necessary because the Army is having a difficult time recruiting new troops, as “recruiting numbers have tanked over the past six months.”

Moreover, the whistleblower claims that “the Army knows they cannot separate 120,000 soldiers,” as the Army would become “combat-ineffective,” which the whistleblower states is another reason why the real figures have been tightly guarded.

“Strength is in numbers,” he said.

Instead of getting the high numbers of vaccinated soldiers the DOD was hoping for, it appears the military now has to manage a larger-than-expected number of service members who have refused the COVID vaccine.

“The Pentagon knows that too many [service members] have said no and that there is not much they can do about it,” said the whistleblower.

While the DOD may be ready to move the June 30 COVID-19 vaccination deadline to a later date, the whistleblower said officials are keeping this information under wraps for the time being.

“Between now and July 1, nothing will change with the guidance,” he said, adding the new deadline will be announced at a later date.

However, in the period between now and June 30, unvaccinated service members who remain unaware of this possible change will “have to make a very difficult decision: Get the vaccine or be separated,” the whistleblower said.

Separately, Rep. Matt Gaetz (R-Fla.) last week called for the DOD to reinstate all troops discharged from any branch of the U.S. military, with their same rank, benefits and back pay.

And Sen. Ron Johnson (R-Wis.) last week once again demanded the DOD turn over all documents related to management of the military’s medical database between 2016 and 2020, following accusations by other DOD whistleblowers that the database was altered in order to obscure evidence of injuries related to the COVID-19 vaccines. 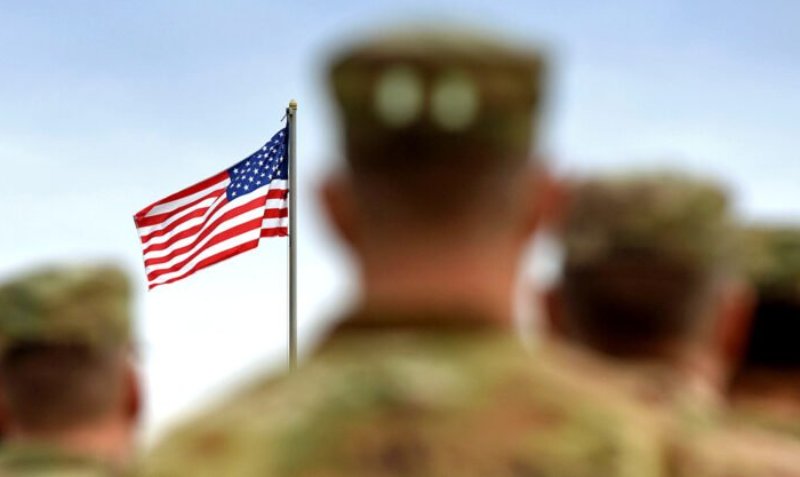 07 Feb 23
It was only completed correct prior to the COVID pandemic in late 2019. my web site ::실시간카지노주소
by 실시간카지노주소

07 Feb 23
Howdy, i read your blog from time to time and i own a similar one and i was just wondering if you get a lot of spam comments? If so how do you reduce it, any plugin or anything you can suggest? I get so much lately it's driving me crazy so any assistance is very much appreciated.
by Mushroom extract

07 Feb 23
To this end, this conference report has proposed an in depth research agenda with the aim to close up these said gaps and resolve outstanding controversies (Table 5). Mountain quail are categorised as a recreation bird by the Fish and Wildlife Commission and current western Washington populations have supported a limited hunting season for many years. Other specifc carcinomas 8030-8046, 8150-8157, 8170-8180, 8230-8255, 8340-8347, 8560-8562, 8580-8671 (5 antibiotic for acne cephalexin 500 mg discount free shipping. The inп¬‚uence of mobilization after open restore of acute midsubstance tears of the achilles earlyweight-bearingcomparedwithnon-weight-bearingafter surgicalrepair tendon. These patients Not only do these arthropods trigger painful bites, but additionally usually describe many doctor visits and consults with they're responsible for transmission of ailments attributable to unproductive outcomes; laboratory findings are constantly bacteria, viruses, and rickettsia. Jejunal Tube Feeding Jejunal tubes can be positioned surgically or through percutaneous endoscopy gastritis diet 5 bites discount maxolon 10mg otc. One risk is that the maturational advantage held by infant ladies in the inhabitants as an entire would possibly shield them from the impoverishment or disorganization of social experience associated with the motherвЂ™s depression. There is appreciable overlap of biochemical information among sufferers with hepatitis, cholestatic jaundice, and extrahepatic obstructive jaundice. The mineral oils utilized in these fluids belong to the group of the opposite lubricant base oils or, no less than in precept, to the group of the extremely refined base oils hard pills erectile dysfunction discount viagra extra dosage 120 mg online. Although there are nonetheless some gaps in the outputs reported, the out there data signifies a greater number and vary of activities delivered by well being authorities and neighborhood companions in 2007 over previous periods. If you could have Crohn s disease with inflammation in your colon you could be at elevated threat for colon cancer. Proceedings of the ninth international symposium on underwater and hyper-baric physiology prostate back pain purchase 250 mg eulexin otc. Reboli Editor: Schafer, Andrew 304: Clostridial Infections Dale Gerding Editor: Schafer, Andrew 305: Diseases Caused by Non-spore-forming Anaerobic Bacteria Itzhak Brook Editor: Schafer, Andrew 306: Neisseria Meningitidis Infections David Stephens Editor: Schafer, Andrew 307: Neisseria Gonorhoeaea Infections Matthew Golden Editor: Schafer, Andrew 308: Haemophilus and Moraxella Infections Michael Simberkoff Editor: Schafer, Andrew 309: Chancroid Stanley Spinola Editor: Schafer, Andrew 310: Cholera and Other Vibrio Infections Carlos Seas Editor: Schafer, Andrew. Blockage of the blood supply to the gut results in infarction and extreme colic. Nerve fbres are often found stretched over the capsule however not inside the tumour erectile dysfunction doctor san jose 100 mg eriacta order otc. A potential research of hypofractionated proton beam therapy for patients with hepatocellular carcinoma. Comparative uptake of calcium from milk and a calcium-wealthy mineral water in lactose intolerant adults: implications for treatment of osteoporosis. Such benefits would offer a defined set of counseling and associated helps to the enrollee or to the enrollee together with their informal (non-paid) caregivers hair loss breakthrough 2016 0.5 mg dutas free shipping. Children might not expertise
by TjalfNoT