If course it does, but there are followers of Sam Bailey, Stefan Lanka, Thomas Cowan, Andrew Kaufman, and Christine Massey who claim it doesn’t.

I’m not willing to invest my time in this debate, but if you want to challenge Sam Bailey, Stefan Lanka, Thomas Cowan, Andrew Kaufman, and Christine Massey, please let me know in the comments.

One of my experts wrote:

I’ve read through Andrew Kaufman, MD’s critiques of the viral techniques used to “isolate” the virus.  While he’s an intelligent person, he critiques methods for which he clearly does not know the rationale, nor how they work.  Although I cannot participate in a live debate, I can certainly provide to another member of your team plenty of background information on why a number of Kaufman’s points reflect a misunderstanding of cell culture techniques, DNA sequencing, and PCR.

These articles contain numerous references to papers in peer-reviewed journals which describe how the virus was isolated per the standard understanding of the term “isolated” and as validated in the scientific peer-reviewed literature.

I realize some people disagree with the definition of isolated. When I say it has been isolated, I mean “according to the standard meaning of the term in the peer-reviewed literature.” The proof that everyone keeps asking for is there in plain sight.

Papers using the term “isolated” which are in the peer-reviewed literature. The CDC admits the virus was isolated: They wrote: “SARS-CoV-2, the virus that causes COVID-19, was isolated in the laboratory and is available for research by the scientific and medical community.”

The burden is now on Lanka et al. to get every one of these papers retracted. He has not met that burden. Lanka has not been able to persuade any journal to retract any of the papers. So clearly a lot of people disagree with him. That doesn’t mean the journals are right. But the experts I speak with agree with the journals.

Basically, purifying a virus is difficult and there is no reason in today’s world to do it, so it isn’t done. The FOIA requests they issue are a publicity stunt that they know will fail. That’s very disingenuous of them not to reveal that.

I basically gave up on them when I asked “Does measles exist, yes or no?” and couldn’t get a straight answer.

Arguably, Lanka lost his bet on this (it was proven using 6 papers per the lower court decision), but it was later overturned the judgment on a technicality of how the bet was constructed (Lanka required it be done in 1 paper instead of 6). The higher court never looked at the merits of the existence argument; it merely looked at the number of papers.

The same trick is used for “isolated virus”: clever definitions.

Finally, I talked to James Lyons-Weiler who told me that they have been debated before and it was a complete waste of time. So it’s not like anyone is afraid of them. It’s that nobody wants to spend their time to repeat what has already been done. Weiler asked the question if the virus doesn’t exist, then how can 600 labs across the country find the same sequences for the virus in infected samples. He didn’t get an answer to that question. He’s looking for the video of the discussion.

Also, the people I talk to fully acknowledge there is no purified virus, but that it isn’t needed because they can do everything they need to do without it. Lanka et al. claim it is needed. So it’s now just a matter of opinion. Neither side is going to convince the other side. That’s what happened.

So if the people who are actually working with the genetic material don’t feel it is needed, Lanka isn’t going to convince them it is. So what’s the point of the debate?

The reason nobody has purified the virus is there is no need to do so in today’s world where gene sequencing is readily available.

If anyone who does this for a living (e.g., buys/uses material from ATCC) would like to debate them, let me know in the comments. It would be nice to do the definitive discussion of this to end the “debate.” 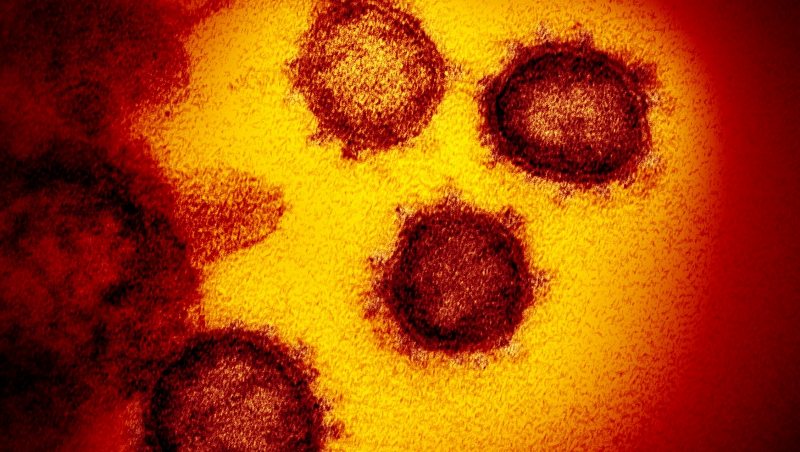 PrevPreviousThailand Announces Cryptocurrency Will Be Regulated as Means of Payment – Regulation Bitcoin News
NextTop Doctors Refuse To Give Their Own Kids a Third Shot As Studies Find Chances of Vaxxinated Boys Between 12 and 17 Being Hospitalized Are 0.3 Out of 100,000Next

03 Feb 23
I think the admin of this web page is genuinely working hard in favor of his website, since here every stuff is quality based stuff.
by ตลาดนัด

03 Feb 23
Individuals who prefer and get the Nuru massage ddo not fail to be naughty and sexually aroused. my homepage - 대전 스웨디시
by 대전 스웨디시

03 Feb 23
You really should continue incorporating light cardio and dynamioc strtching to reduce the danger of injury. my page - 아로마 스웨디시
by 아로마 스웨디시