A controversial proposed rule that would enforce know-your-customer rules on unhosted or self-hosted crypto wallets may again be under consideration by the U.S. federal government.

The rule was first proposed at the end of 2020 by the Financial Crimes Enforcement Network (FinCEN), the U.S. money-laundering watchdog. If enacted, crypto exchanges would be required to collect names and home addresses, among other personal details, from anyone hoping to transfer cryptocurrencies to their own private wallets.

The rule was driven by then-Treasury Secretary Steven Mnuchin, rather than FinCEN itself. The original proposal was published on Treasury’s website, and not FinCEN’s. The watchdog only posted the proposed rule when the comment period was extended.

The Treasury Department, which is now overseen by Secretary Janet Yellen, revealed that the rule might be considered in this semiannual agenda of regulations, set to be formally published in the Federal Register on Jan. 31. The agenda outlines priorities for the Treasury Department, but it does not indicate that the rules will for sure be implemented, or that they will be implemented as-is. Rather, the agenda is a tool that signals things Treasury will work on over the next six months.

“FinCEN is proposing to amend the regulations implementing the Bank Secrecy Act (BSA) to require banks and money service businesses (MSBs) to submit reports, keep records, and verify the identity of customers in relation to transactions involving convertible virtual currency (CVC) or digital assets with legal tender status (‘legal tender digital assets’ or ‘LTDA’) held in unhosted wallets, or held in wallets hosted in a jurisdiction identified by FinCEN,” the document said.

A timetable in the section suggests that FinCEN aims to finalize the rule by the end of August, if they choose to finalize it.

In public notices, FinCEN twice extended the comment period, first for another 15 days and later for a further 60 days.

In that first extension, FinCEN treated the rule’s provisions as two separate issues. One of these provisions sought to impose currency transaction report (CTR) rules on crypto transactions to unhosted wallets. Financial institutions currently file CTRs for customers who transact with over $10,000 in a single day.

The personal data rule, referred to as the counterparty data collection rule, would apply to customers transferring over $3,000 in crypto per day to private wallets.

It is this second rule which led to industry backlash, including several thousand comments filed as a response. FinCEN may need to issue a new comment period to address these responses before implementing the counterparty data collection rule.

A FinCEN spokesperson did not immediately return a request for comment on whether the agency is considering the overall rule or the provisions individually. However, a link on the Federal Register page leads to the original proposed rule from Dec. 23, 2020.

The Federal Reserve and FinCEN also plan to “clarify the meaning of ‘money'” under the Bank Secrecy Act (BSA) as it pertains to digital assets, ensuring that digital asset transactions are subject to the same BSA rules that their fiat counterparts might be.

“The Agencies intend that the revised proposal will ensure that the rules apply to domestic and cross-border transactions involving convertible virtual currency, which is a medium of exchange (such as cryptocurrency) that either has an equivalent value as currency, or acts as a substitute for currency, but lacks legal tender status,” the document said.

Further, the BSA rules will also apply to any digital asset transactions that “have legal tender status,” the document said. 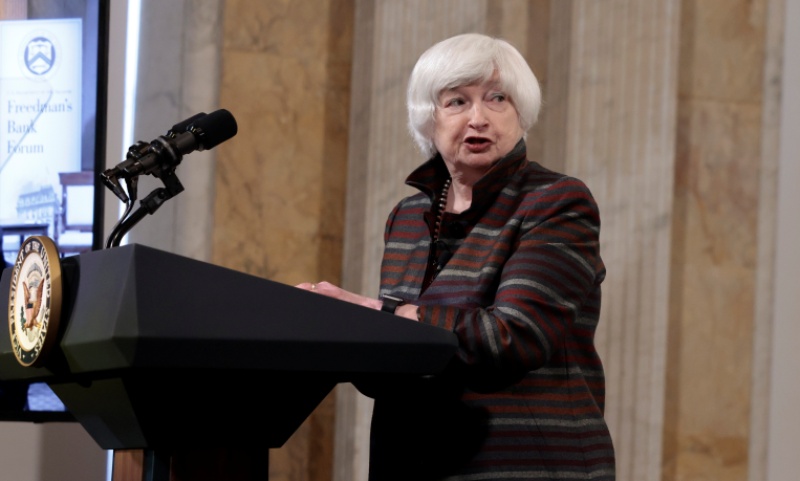 PrevPreviousYale Epidemiologist Dr. Harvey Risch: “It Means That They Are Doing Something That’s Damaging the Immune Response in a More General Way”
NextPodcast” the Non-Existent Virus With Christine MasseyNext

20 May 22
clomid australia online
by Evaavast

20 May 22
It's going to be finish of mine day, except before finish I am reading this impressive post to improve my knowledge.
by www.pentimentolighting.com

20 May 22
how to create a darknet market cannahome market url [url=https://deepdruglink.com/ ]darknet markets 2021 [/url]
by Brianwiz

20 May 22
I really like it when folks come together and share thoughts. Great blog, continue the good work!
by Orville