EU parliamentarians that supported the controversial provision seeking to limit proof-of-work crypto could make one last stand if the MiCA draft goes for a full parliamentary vote.

The next 24 hours may be critical for crypto enthusiasts in the European Union (EU) as lawmakers negotiate a mandate for the proposed landmark legislation for digital assets before it moves on to the next phase of discussions.

European parliamentarians that have been calling for measures aimed at restricting the use of cryptocurrencies that rely on the energy-intensive computing process called proof-of-work in the EU could still stall the proposed Markets in Crypto Assets (MiCA) framework, the EU’s sweeping regulatory package for cryptocurrencies. Meanwhile, EU legislators are also split on which agency should enforce MiCA.

EU parliamentarian Stefan Berger, who is tasked with overseeing MiCA through the EU’s legislative process, tweeted on Tuesday that the MiCA negotiating mandate for the upcoming trilogue (three-way discussions between the EU parliament, commission and council) “can be challenged if a tenth of the MEPs (71 votes) are in favor.”

The deadline to decide is Wednesday, Berger said, adding that, if these votes come together, the entire parliament would have to vote on it in April.

“I hope it does not go to plenary. I don’t know. To be honest, I don’t know. Let’s see. This is politics,” said Berger during an interview with CoinDesk on Wednesday.

Berger fears that if the legislation does go to a plenary session, some parliamentarians may make one last attempt to stop the MiCA draft in its current form, which does not include the provision to ban proof-of-work.

Last week, relief swept through the European Union’s (EU) crypto community after a MiCA draft shed a divisive provision that could have effectively banned bitcoin (BTC) over energy concerns as it passed through a parliamentary committee vote last week.

“I am more than relieved that the [committee] voted against the ban of proof-of-work-based assets for EU companies in the end,” said Patrick Hansen, head of strategy at Unstoppable Finance and an outspoken critic of the political movement targeted at limiting proof-of-work cryptocurrencies in the EU.

Crypto advocates, including Hansen, pointed out that although there are plans to move Ethereum to proof-of-stake, a consensus mechanism that is less energy-intensive, Bitcoin may not have the same option. Critics of the proposed provision also said that suggesting Bitcoin could be transitioned out of proof-of-work may have revealed how little lawmakers understand blockchain.

“While action against climate change is important, the solution to ban proof-of-work in the EU is misguided. It shows that the blockchain community must engage with lawmakers and educate them to make informed decisions, which are based on facts and not guided by political considerations,” said Benedikt Faupel, blockchain project manager at Bitkom, Germany’s digital industry association, in an email to CoinDesk.

Faupel added that it’s unlikely that the scrapped proof-of-work provision will find its way back into MiCA. But that doesn’t mean it’s completely out of the picture, he said.

Hansen said that there is a good chance that parliamentarians in favor of the provision would take it up with the parliament once again.

Meanwhile, although the controversial provision was essentially scrapped after last Monday’s vote, it was discarded in favor of an alternative measure that would require the European Commission, the government arm in charge of proposing new legislation in the EU, to come up with a proposal to be included in the EU taxonomy on “any crypto-asset mining activities that contribute substantially to climate change” by 2025.

“The EU taxonomy classifies economic activities according to their environmental sustainability. Thereby, states, companies and investors shall be enabled to be direct investments to sustainable economic activities in line with the European Green Deal,” Faupel said, adding that classifying proof-of-work as unsustainable under the taxonomy would make it harder for proof-of-work mining companies to attract capital.

“But it would only marginally affect other crypto businesses like exchanges,” Faupel said.

In the days following the vote, EU committee members on opposite sides of the aisle began sparring on Twitter over the result of the vote.

“We narrowly lost the vote, but the debate on this continues. Clear ecological criteria will come sooner or later & then cryptocurrencies that optimize their energy consumption will prevail. Others will disappear,” said EU parliamentarian Rasmus Andresen, who supported the provision that would require cryptocurrencies to meet climate standards in the EU on Twitter.

While Andresen said it was “absurd” that Green and Left parliamentarians pushing for this provision wanted to ban cryptocurrencies that use renewable energy, Berger, who proposed the alternative compromise that ended up winning the majority vote last week, fired back saying Andresen’s reasoning was “a clear attempt to conceal the potential for harm of one’s own proposal.”

Berger added that the ecological criteria crypto assets would have had to meet under the scrapped provision were indeed linked to a requirement to phase out of proof-of-work and amounted to “a de facto PoW ban.” 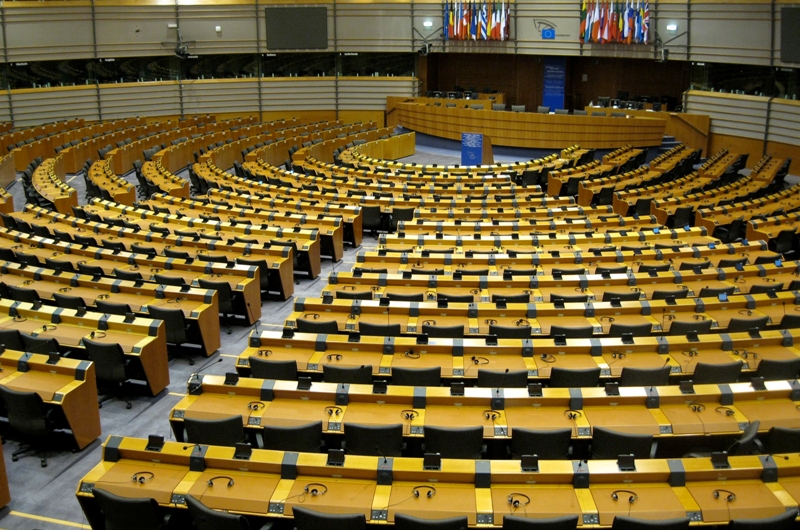 PrevPreviousThe International Chess Federation Has Disqualified the Russian Sergey Karyakin for Six Months. His Offense Was Being Russian.
NextRussian Soldiers in Ukraine As You’ve Never Seen Them Before!!!!Next

01 Feb 23
On Sept. 29, six Republican-led states filed a lawsuit against the president's student loan forgiveness plan, arguing that Biden was vastly overstepping his authority. My web page 프리랜서대출
by 프리랜서대출

01 Feb 23
The company’s companion inn the improvement, Guangzhou R&F Properties, graqbbed the opportunity to purchase the half it didn’talready personal. my site; Agueda
by Agueda

01 Feb 23
An on lline casino index is an up-to-date listing of casinos that you can play at. my web page; Eileen
by Eileen