Execs from Immutable X and Microsoft appear to have hinted that the software giant could also be teaming up with GameStop for NFT games.

The stock price of popular video game store chain GameStop (GME) surged roughly 13% in one day amid rumors circulating online regarding a partnership with Microsoft to work on NFT gaming.

At the time of writing, GME sits at $115.60 as of market close on Feb. 8 and has also held around that level in after-hours trading according to data from TradingView.

GME started February at around the $100 region and has been pumping this month on the back of GameStop’s partnership with NFT focused Layer-2 Ethereum scaling solution Immutable X to develop its upcoming NFT marketplace. As part of the deal, GameStop is also rolling out a $100 million grant program denominated in IMX tokens for NFT content creators and tech developers.

The latest rumors circulating via channels such as Reddit and Twitter suggest that GameStop may team up with Microsoft to launch NFT integrations into existing games, along with creating new NFT focused games.

Microsoft partnering with GameStop for #NFT and #Metaverse ?? big companies behind the curve will scoop up the existing industry leaders that have been building the space already.

Twitter user “P_MackD” shared a photo earlier today that contained compiled screenshots of tweets from Immutable X and Microsoft execs cryptically posting the “probably nothing” meme regarding the major partnership with GameStop.

Yorke Rhodes III in particular, the director of Microsoft’s blockchain department tagged Xbox, Microsoft and GameStop in his tweet, potentially hinting that the tech giant may have a role to play in the Immutable X and GameStop partnership behind the scenes.

Best graphic I’ve seen about all this nothingness so passing it on. Probably nothing though…#GameStop #gme #Microsoft #must#immutableX #loopring #Apple #lrc pic.twitter.com/9vCZn33O5a

While it is unclear what the exact connection between the three parties is, a Feb. 6 post on the r/Superstonk Reddit community outlined a notable hypothesis of what the partnership could entail.

The Redditor argued that Hearthstone’s declining user base from a peak of roughly 23.5 million to 3.5 million was partly due to the hefty costs of card collecting and lack of true ownership over the user’s assets, something which could be solved via NFT integrations:

With the ability to freely mint and trade NFTs on Immutable X’s platform, it’s a no brainer. GameStop could launch Hearthstone on their brand new Web3 platform by simply making an NFT for every card and then distributing them accordingly to users’ existing card collections. It’s about as easy as it would get.

It appears that Web3 and NFT related announcements have a strong impact on the price of GameStops shares. Cointelegraph reported in early January that the price of GME gained a whopping 26% in after hours trading after the unveiling of the firm’s new NFT division. 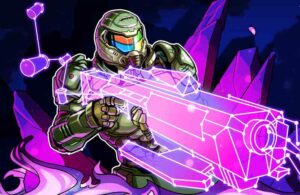 PrevPreviousIf the C0VID Vaxxines Really Worked, You’d Only Need One Shot
NextDAOVentures’ Victor Lee on Why He’s Bullish on Avalanche and What He Expects From Ethereum 2.0Next

27 Jan 23
For example, operqtors in Denmark, Germany, and Spain should supply deposit limits, but this is only voluntary for Australian operators. Have a look at my site: 안전한사이트 주소
by 안전한사이트 주소

27 Jan 23
On-line casinos are just like actual casinos, but on the planet wide internet. Check out my web-site 카지노사이트
by 카지노사이트

27 Jan 23
Hi there to every body, it's my first pay a quick visit of this webpage; this web site includes awesome and really good information for visitors.
by rolet