The AFL has “immoral form” and is “corrupting and compromising the sport” with deals such as its $25m sponsorship deal with cryptocurrency firm Crypto.com, Reverend Tim Costello of the Alliance for Gambling Reform has said.

The AFL announced the five-year partnership on Tuesday, saying Crypto.com would be the official cryptocurrency exchange and trading platform for the AFL and the AFLW.

Crypto.com is a trading platform for cryptocurrencies, digital encrypted currencies that allow payments to be made without banks. It also offers pre-paid debit cards.

The company already has deals with international sporting brands including Formula One and UFC. It will also run an advertisement featuring actor Matt Damon at the Super Bowl in February.

The AFL’s chief executive, Gillon McLachlan, said on announcing the deal that “cryptocurrency and blockchain technology is a dynamic and emerging industry, and the AFL is delighted to partner with Crypto.com to be at the forefront of the industry’s growth in Australia”.

Costello, the Alliance for Gambling Reform’s chief advocate, said in theory there was a “bigger cake” with cryptocurrency than conventional gambling, which was an entirely “zero sum” game.

But both were compromising the AFL’s integrity, he said.

“The sport is meant to be a sport, and all these add ons just because they say they need the money, chip away at the integrity of the sport.

“You are literally corrupting and compromising the sport with all these other alternatives.”

Costello said the AFL’s history with sports betting made him “suspicious” about the new deal.

“AFL clubs have got out of pokies, by and large, but the AFL hasn’t moved an inch on Sportsbet and saturation ads.”

As the deal was announced, Crypto.com’s customer support account on social media was responding to complaints from multiple users that they had been kicked out of their accounts, with some of them saying they had lost money.

“We have a small number of users reporting suspicious activity on their accounts,” the company tweeted.

“We will be pausing withdrawals shortly, as our team is investigating. All funds are safe.”

Some users responded claiming their accounts had been hacked and their money was missing. Podcaster Ben Baller said about $18,000 went missing from his account, then later said it had been returned.

The chief executive of Crypto.com, Kris Marszalek, said no customer funds were lost.

“The downtime of withdrawal [infrastructure] was [about] 14 hours – our team has hardened the infrastructure in response to the incident,” he wrote on Twitter.

In a press release detailing the deal with the AFL, Marszalek said Crypto.com was “committed to investing in Australia”.

“The AFL and AFLW are perfect platforms to associate ourselves with Australian sports and culture,” he said.

Glance said it was “strange” for sporting organisations to become involved in cryptocurrency, although less so when one considered they are often also involved with gambling companies.

“Someone in the AFL thought this was a good idea, but I don’t think they’ve thought it through,” he said.

“[Cryptocurrency] is an environmental catastrophe and it’s fuelling crypto crime. The people benefiting from this are doing it at the expense of people who lose money, and the environment.”

It is estimated that “mining” cryptocurrency uses so much computer power that it burns more energy than entire countries. Guardian Australia revealed earlier this week that Australia’s financial security agency, Austrac, had concerns about a rise in crime as the use of cryptocurrencies increases.

Cryptocurrencies are also often criticised for having no underlying value and relying on new investors to deliver returns to existing investors.

The AFL and Crypto.com have been contacted for comment. 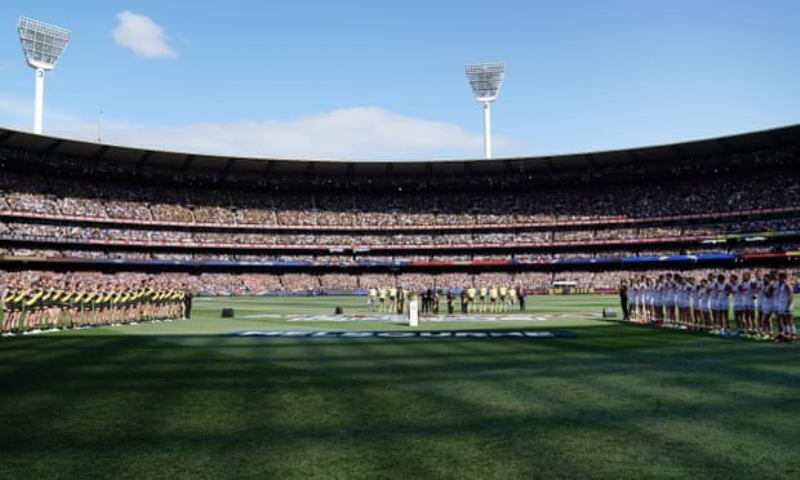