Kasey Turner, 18, was training to be a paramedic and had received her Covid jab early, which meant that she was given the AstraZeneca jab. 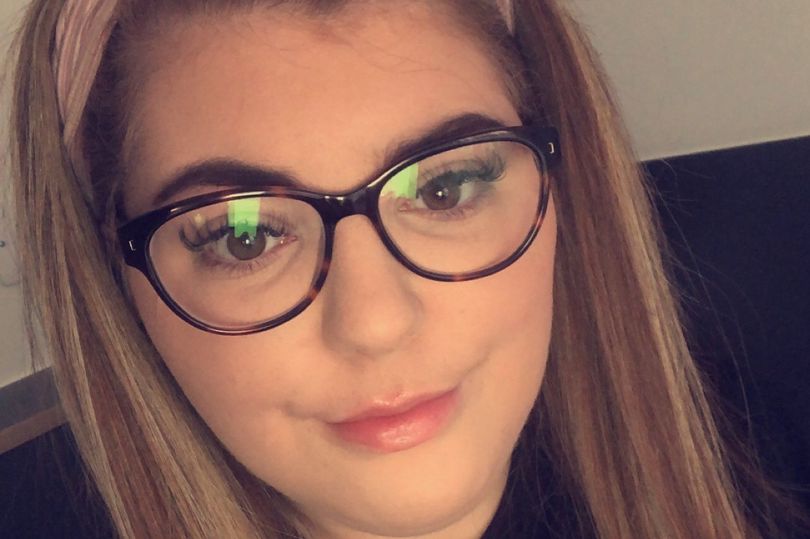 Kasey Turner, from Barnsley, was just 18 years old when she died, after presenting at Barnsley Hospital A&E with the “worst migraine she’d ever had”. During the teenager’s inquest, which opened today at Sheffield ‘s Medico Legal Centre, the court heard that Kasey had been “screaming in pain” due to what was noted as a ‘thunderclap headache’.

A thunderclap headache is described as an extremely severe headache that comes on rapidly, usually developing in 60 seconds or less. During Kasey’s inquest, Dr Nicola Lee, a consultant radiologist at Barnsley Hospital, told the court that this type of headache is “most commonly associated with a subarachnoid hemorrhage”.

The court heard that Kasey was scheduled for a CT scan after being admitted to hospital so that doctors could check for any areas of bleeding within her brain. But the court heard that a diagnosis of sinus thrombosis, a potentially-life threatening blood clot in the sinus cavities, was missed during her scan.

She said: “Sinus thrombosis is really rare and the clinical presentation of it is very nondescript, there’s no hard and fast presentation for it. I think if you’re told there’s a focal area of pain you would probably review that area in a bit more detail, but whether you’d review the sinus is difficult to say.”

The court heard that Kasey had been complaining of headache pain across her right temple and the right side of her head. Dr Lee said that, if she was reporting a scan and had been aware of localised pain in one area, she would “review that area”, but the court heard that no such reviews had been made by doctors dealing with Kasey’s scans.

Dr Lee said that the veinous sinuses “look different in every patient” and that a diagnosis of sinus thrombosis is “not an easy diagnosis to pick up at all”. She added: “If you don’t know you’re looking for it, it would be missed.”

The court also heard from Dr Prasanna Perera, a consultant radiologist at University Hospitals Sussex and emergency on-call radiologist. He told the court that, having reviewed Kasey’s scan, he had noticed a “subtle area of hyperdensity” in the sinus region, possibly indicating a clot.

Dr Perera told the court: “I’m looking at it with hindsight because I know what the dianosis was, there was a subtle area of hyperdensity so a bit brighter in the sinus. With hindsight I would have recommended a CT venogram.”

A CT venogram allows healthcare professionals to look at the veins in the human body, using a special dye that makes them visible during a scan.

Covid jab the ‘root cause’ of Kasey’s death

The court heard that the “root cause” of Kasey’s admission to hospital had been the AstraZeneca vaccine, which was administered to the 18-year-old early, due to her role as a trainee paramedic. At this time, 18-year-olds were not being routinely vaccinated, and a professor of haemostasis and thrombosis told the court that Kasey would likely not have received the AstraZeneca jab had it not been for her job.

Kasey died on Saturday, February 27, 2021 just days after she was admitted to Barnsley Hospital. Her initial cause of death was listed as cerebral venous thrombosis and immune thrombocytopenia.

But the court heard from Professor Michael Makris, a professor of haemostasis and thrombosis at the University of Sheffield, who argued that the Astrazeneca vaccine played a “key” role in Kasey’s death. He argued that her cause of death, while correct at the time, should now be amended to include reference to the vaccine.

Professor Makris told the court that Kasey had a condition known as vaccine-induced immune thrombotic thrombocytopenia (VITT), which is characterised by the presence of two conditions concurrently: thrombosis, and thrombocytopenia which is a condition in which patients have a low blood platelet count.

The court heard that Kasey had both of these. Professor Makris told the court that VITT would be a “more precise diagnosis”, than that of simply cerebral venous thrombosis.

He said: “I believe the vaccine here was key and I believe it should appear on the death certificate.”

PrevPreviousUkraine’s Propaganda War: International PR Firms, DC Lobbyists and CIA Cutouts
NextNo Matter How Hard the C0VID Criminals Try To Hide the Truth From the Public – the Truth As You All Know Will Get out- Our Current Politicians Have No Future, nor Does Bill Gates and Klaus Schwab, Fauci and CoNext

04 Feb 23
Highly descriptive post, I enjoyed that a lot. Will there be a part 2?
by Maribel

04 Feb 23
Review Date 12 24 2020 what happens if a woman takes a man's viagra If there are more goats than sheep, he takes it from the goats
by Cruilla

04 Feb 23
Heya i am for the first time here. I came across this board and I find It really useful & it helped me out much. I hope to give something back and help others like you aided me.
by Buy online betting scripts