By The Daily Sceptic 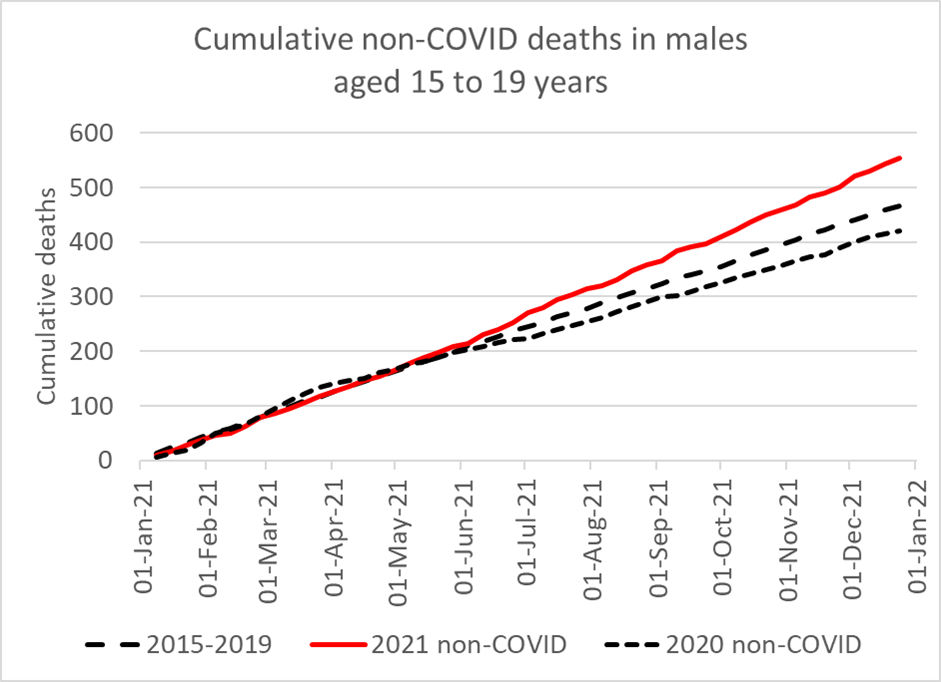 In recent months, a trend has been noted in the England and Wales all-cause mortality data, which has rung some alarm bells. Young males aged 15-19 have shown a rising death rate compared to the five-year average 2015-2019. At the same time, a large insurance company in the U.S. has reported a significant increase in deaths in the under 40s. This is obviously of concern, whatever the cause, but one possible factor which needs to be urgently excluded is any link to vaccine injury. The association between myocarditis and the mRNA vaccines, especially in younger age groups and in males, is already well established. It is particularly urgent as second doses and boosters are being rolled out, possibly putting adolescents at even higher risk, and at a time when the Omicron variant is much milder.

Members of HART, the Health Advisory and Recovery Team, have joined with other senior academics and health professionals to call for an immediate investigation into the increasing death rate amongst 15-19-year-old males since May of this year.

At the High Court on Thursday 13th January, the ONS (Office for National Statistics) confirmed that there has been a significant rise in the death rate for adolescent males over the last eight months, compared to the same time period of 2015-2019. There have been at least 65 extra deaths in England and Wales, though the figure may be higher due to reporting delays for coroners’ cases. During the same time frame there were only two deaths involving Covid.

The concern is that this time period coincides with the rollout of vaccinations to this age group, who are known to be at an increased risk of myocarditis (heart inflammation), especially after the second dose. Far from rushing to investigate these deaths as they have arisen, ONS has stated it intends to undertake that work “when more reliable data are available”.

The rollout of vaccinations in this age group was always controversial, with risks and benefits finely balanced, but the Chief Medical Officers overturned the original advice, not on health grounds but to “reduce disruption to schools”.  Any marginal benefit of vaccination for the young must be considered outweighed by even a marginal increase in mortality. With the reduced risk from Omicron, and with increased risk from second doses, the balance will have tipped still further.

An open letter to Sajid Javid, Chris Whitty, Patrick Vallance and the relevant public health bodies has been signed by over 80 scientists and health professionals, demanding there be an urgent investigation.

We and the other authors call on Sajid Javid and his advisors urgently and thoroughly to investigate these deaths, and to halt any doses for children or young people until vaccination has been ruled out as a cause. 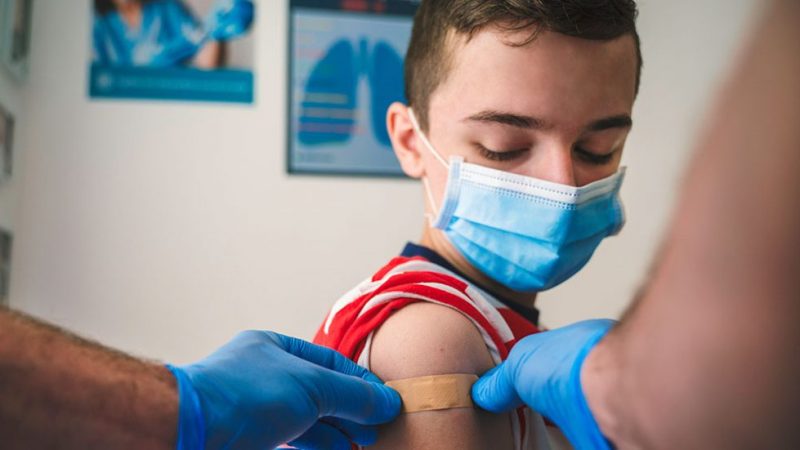 07 Feb 23
Hi there i am kavin, its my first occasion to commenting anywhere, when i read this paragraph i thought i could also create comment due to this good piece of writing.
by joker123.com

07 Feb 23
certainly like your web site but you need to test the spelling on several of your posts. Several of them are rife with spelling problems and I to find it very troublesome to tell the reality nevertheless I'll surely come back again.
by Ila