Doug Brignole offered his life as a test of vaccine safety. He said if he died, the vaccines are unsafe. He died <1 week after getting the new bivalent booster. 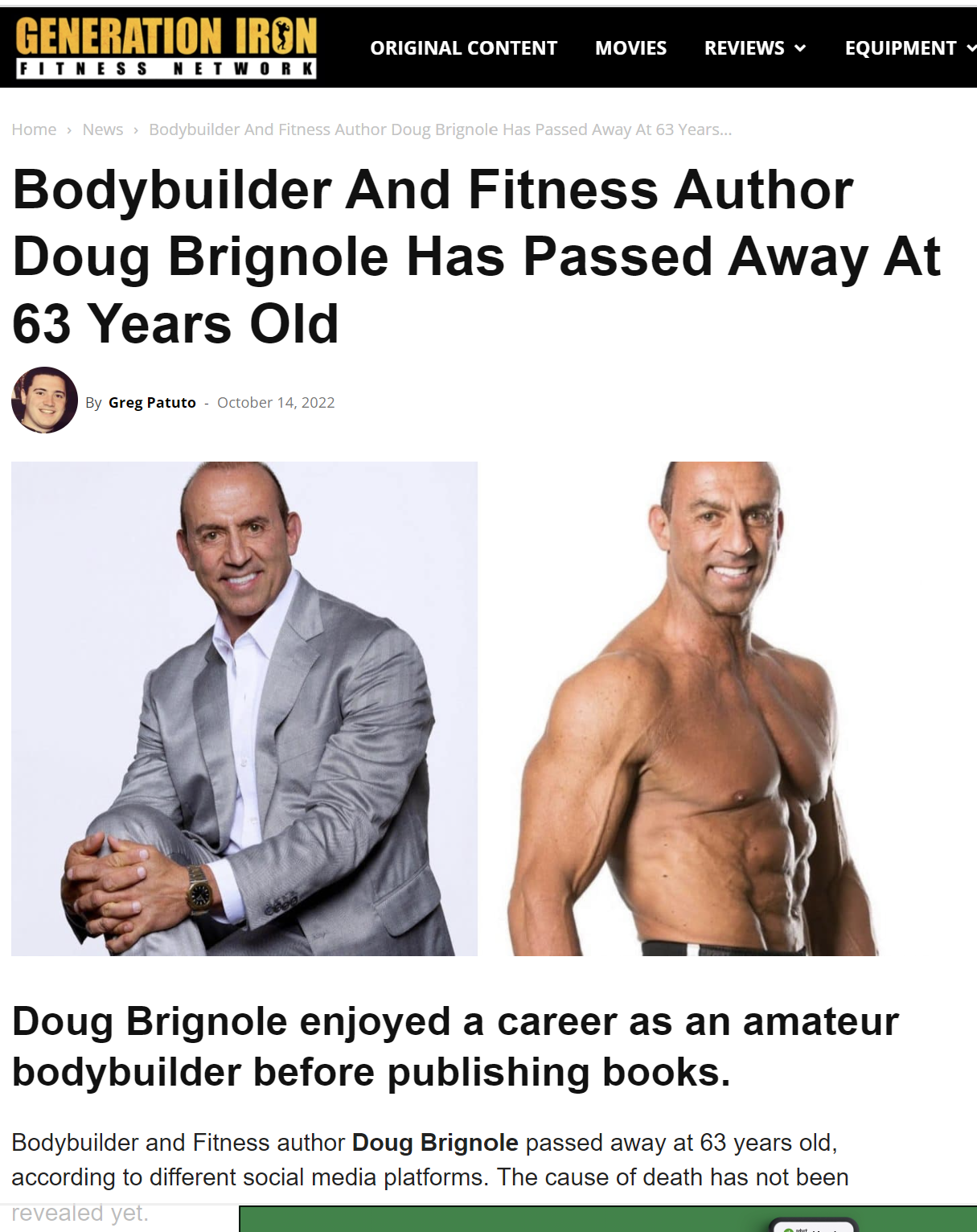 Have you ever wondered why nobody is talking about the date when Doug Brignole was last vaccinated? Many people know the exact date, but they refuse to disclose this. I know because I talked to his girlfriend. She clammed up when I broached the subject and won’t talk to me anymore. Now I know why.

I just found out today from someone else who knew Doug.

Here’s what I learned:

Doug was vaccinated with the latest booster less than a week before he died.

That’s why nobody is saying anything. His girlfriend knows the exact date. She’s chosen to remain silent. Why?

Here’s the full story on Doug’s vaccine challenge which is summarized by this tweet:

Doug said it all: WE WERE RIGHT. THE VACCINE KILLS PEOPLE.

Out of respect for Doug, people should now admit that they were misled so that other people can benefit by avoiding the government fear mongers.

Also, as I mentioned in my previous article, when someone who was recently vaccinated with the COVID vaccine dies suddenly like this, it’s at least 50X more likely it was from the vaccine that is the cause (see item #8) unless proven otherwise.

Isn’t it funny how there is never an autopsy in any of these sudden deaths where the vaccine is ruled out? There is only one pathologist in the entire US who is running these tests on people who died suddenly (Ryan Cole) and he’s implicated the vaccine in 100% of the cases he’s examined so far.

We were right. The vaccine kills people.

P.S. I updated my article about Parliament looking into the safety of the vaccine by adding what happened after Dr. Aseem Malhotra testified in Parliament. Have a look at the new additions. It’s really stunning. The new additions are at the start of the article and it’s well worth taking a look.

30 Nov 22
I just like the valuable information you provide for your articles. I will bookmark your weblog and check again right here regularly. I'm reasonably certain I will be informed plenty of new stuff right right here! Best of luck for the next!
by aquarium guide

30 Nov 22
Maybe it is one of the best websites I have ever visited. נערות ליווי בהמרכז
by lSorse

30 Nov 22
Good post however I was wondering if you could write a litte more on this subject? I'd be very grateful if you could elaborate a little bit more. Kudos!
by aquarium guide

30 Nov 22
I’m not that much of a online reader to be honest but your blogs really nice, keep it up! I'll go ahead and bookmark your website to come back down the road. Many thanks
by aquarium

30 Nov 22
Awesome things here. I am very satisfied to peer your post. Thank you a lot and I am having a look ahead to touch you. Will you kindly drop me a mail?
by aquarium guide

30 Nov 22
Hey There. I discovered your weblog the use of msn. That is a really smartly written article. I'll be sure to bookmark it and come back to read extra of your helpful information. Thanks for the post. I'll definitely comeback.
by fish guide

30 Nov 22
Very good write-up. I certainly appreciate this website. Keep it up!
by fish guide